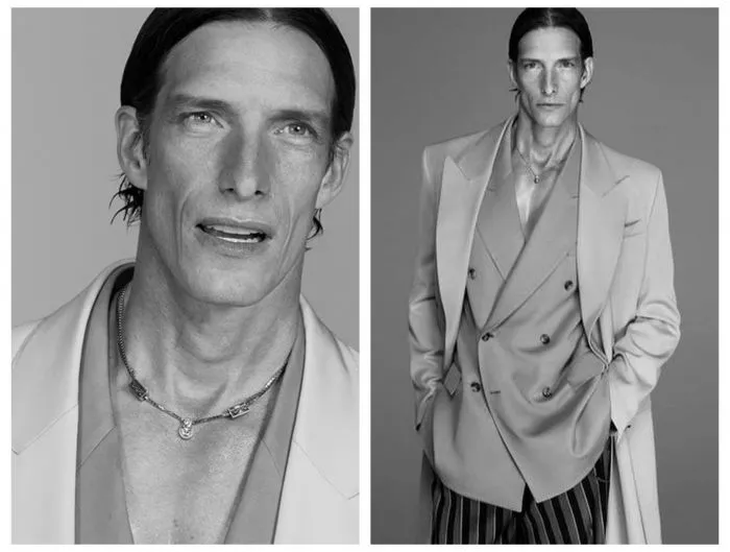 Over time, the Argentinean conductor marked a presence in renowned programs such as “Rest of the World” and the current “Pasapalabra”.

But now, his roots called him again, and at 45 he will once again be the face of Versace, with Donatella Versace at the head of the Italian company.

As officially reported, “supermodels Mark Vanderloo and Ivan de Pineda They are the stars of Versace’s men’s campaign for spring-summer 2023, almost three decades after having starred in their first campaign with the brand,” indicates the Mendoza shows site.

“Made by photographers Mert&Marcusthe series of studio portraits of the models is inspired by the original campaigns of 1996, the year in which Mark and Iván debuted with the brand, and which pays tribute to both as true Versace legends, now and always. “, they added from the renowned brand.

At the same time, Donatella expressed: “I love these images of mark and ivan. Since the 90’s they have defined what it is to be powerful, sexy, sensitive and caring. They are true Versace men, not afraid to express their creativity through clothing and their friendship through the closeness of their relationship.”

Share
Facebook
Twitter
Pinterest
WhatsApp
Linkedin
ReddIt
Tumblr
Telegram
VK
Digg
LINE
Viber
Previous article
Bundesliga: FC Bayern and Leipzig in goal mood before the start of the second half of the season
Next article
Property tax: apply for an extension of the deadline or hand it in quickly?