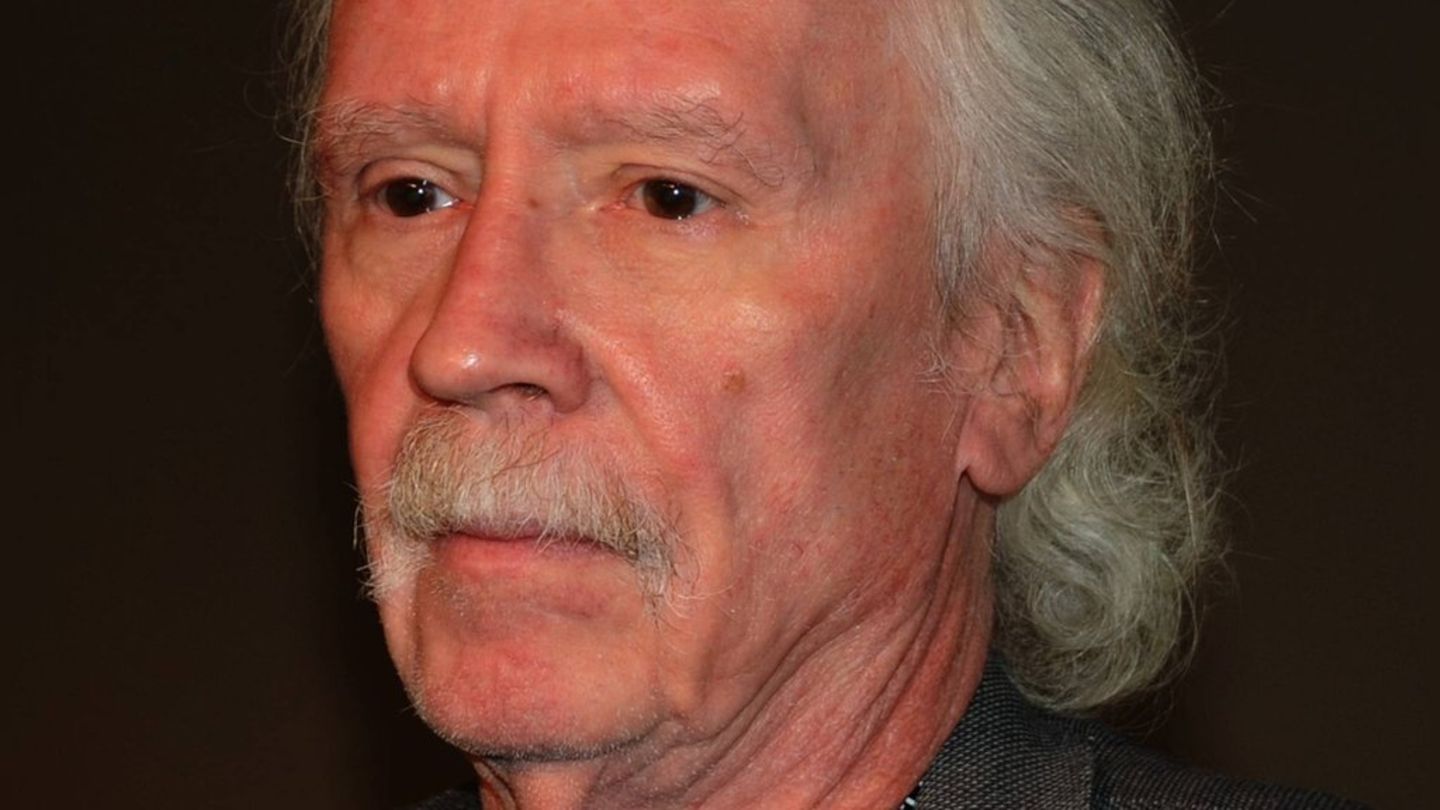 Cult director John Carpenter put his stamp on the horror genre. Among other things, he created the masked killer Michael Myers.

John Carpenter (75) is a legendary US director best known for his horror films like the 1978 genre classic “Halloween”. Carpenter also composed the music for a number of his works himself – and has been touring as a musician in recent years. Today, Monday, he will be 75 years old.

After the highly acclaimed student film “Dark Star” (1974), the son of a music professor first caused a stir with the low-budget exploitation film “Assault on Precinct 13” (German title: “Assault -bang at night”, 1976). From today’s perspective, the thriller’s synth theme, composed by the director himself, is particularly memorable and is said to have had a significant influence on other pioneers of electronic music at the time.

Two years after “Assault on Precinct 13”, Carpenter created “Halloween”, probably the most important work of his entire career. Also produced for a small budget of around 300,000 US dollars, “Halloween” brought in the unbelievable sum of 70 million dollars at the time, made a star out of Jamie Lee Curtis (64) and created one of the most legendary characters with the character Michael Myers Killers from slasher movies anyway.

“Halloween” became formative for the subgenre of the slasher film, in which a killer, often masked, butchers a group of mostly young protagonists one after the other until a character dubbed “Final Girl” puts a stop to the masked killer. The ultra-successful horror film became an entire franchise, including remakes and reboots. Most recently, “Halloween Ends” was released in October 2022, the 13th entry in the long-lived “Halloween” franchise.

For the horror master himself, the numerous “Halloween” sequels are also a financial blessing. “They have to pay me every time they make one”, .

The following decade of Carpenter’s work can undoubtedly be described as his most productive period. The atmospheric horror film The Fog (1980) and the post-apocalyptic action film Escape from New York (1981) starring Kurt Russell (71) in the lead role of Snake Plissken were made in quick succession.

While Escape from New York still grossed more than $25 million at the box office (and received a late 1996 sequel, Escape from LA), Carpenter’s next film was The Thing “Thing from another world”) in 1982 was not granted particularly great financial success. Carpenter himself attributes the work’s failure to the nihilistic ending, among other things, : “[‘The Thing’] was hated by everyone when it came out because it’s so dark”.

In the meantime, however, the horror film set in the ice deserts of Antarctica is considered an absolute classic of the body horror genre. In particular, the special effects of the legendary Rob Bottin (63) have gone down in film history.

The financial failure of The Thing posed a major problem for its director [der Stephen-King-Adaption] ‘Firestarter’ fired for ‘The Thing’ […]. So I looked for a job, and I did ‘Christine,'” Carpenter said.

The years that followed marked his slow descent in the Hollywood hierarchy. When “Big Trouble in Little China,” starring Kurt Russell, flopped in 1986, Carpenter turned his back on the dream factory. His two subsequent works, Prince of Darkness (1987) and They Live (1988), were independently produced on a much smaller budget than before. In return, the filmmaker enjoyed complete creative freedom and did not have to deal with the unloved managers and executives of the big film studios.

In the years that followed, Carpenter never really matched the productivity and quality of his work in the 1980s. From the following decade, the Snake-Plissken sequel “Escape from LA” and the horror film “In the Mouth of Madness” (“Die Mächte des Wahnsinns”, 1994) are mainly remembered. After the failed sci-fi trash “Ghosts of Mars” (2001) and attested to a burnout. “I’ve been working since the 1970s. I had to quit”, .

After a nine-year hiatus, Carpenter released The Ward in 2010, his last feature film to date.

Retired, playing video games and touring as a musician

After surviving what he described as a “rather serious illness” in 2015, Carpenter now enjoys playing video games. Among his favorites are Assassin’s Creed Valhalla and Fallout 76. He has also released a number of film music albums for non-existent films and tours as a musician. Also for the new “Halloween” trilogy by David Gordon Green (47), consisting of “Halloween” (2018), “Halloween Kills” (2021) and “Halloween Ends” (2022), Carpenter and his son Cody Carpenter (38 ) and Daniel Davies composed the score.

However, the 75-year-old does not want to rule out a return behind the camera for the future. “I’m working on it. I think about it all the time. I’m always looking for a project that would be great. I would definitely do it, but the conditions have to be right. There has to be enough money and time”, .