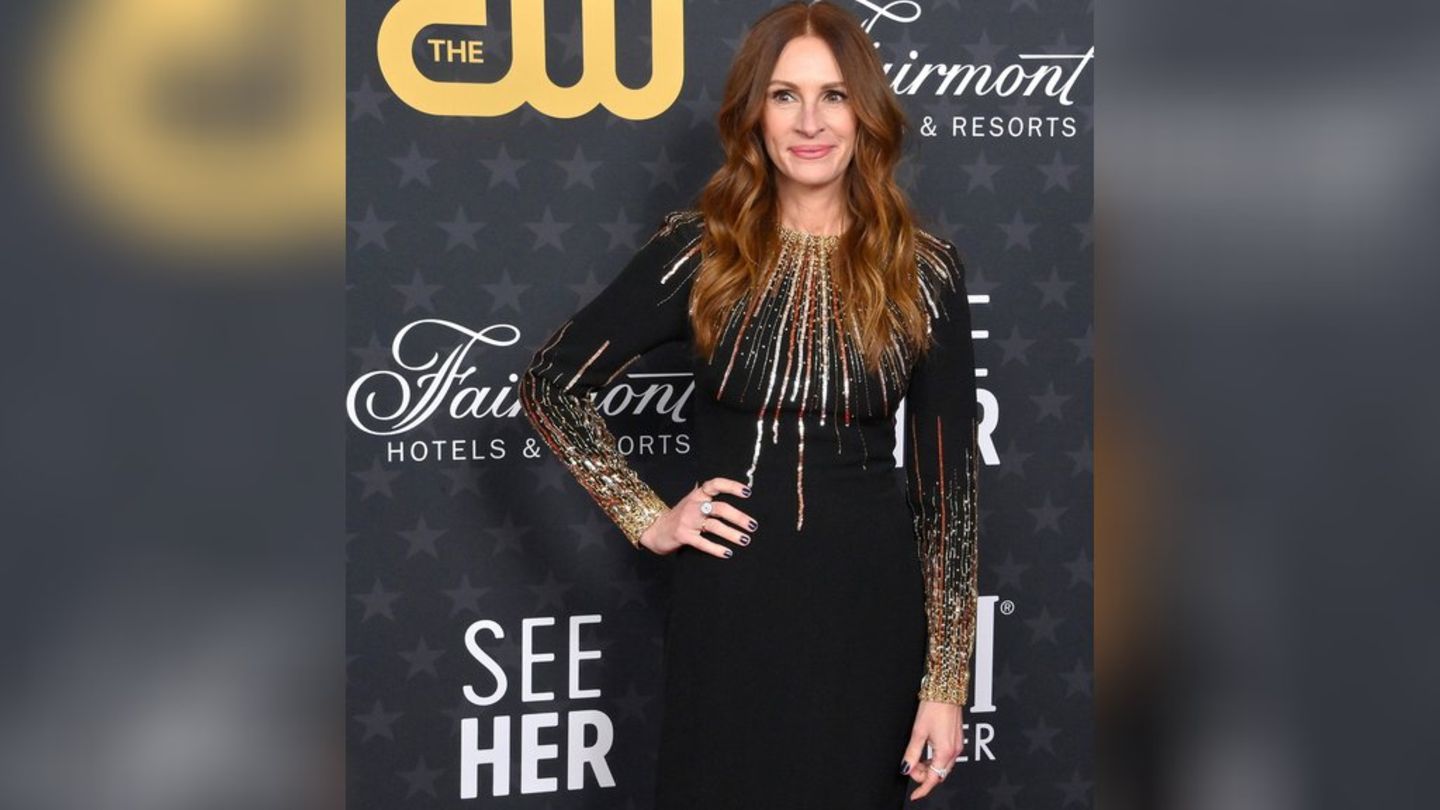 Julia Roberts, 55, rocked a sparkling gown at the Critics’ Choice Awards in Los Angeles on Sunday (January 15). The actress donned a floor-length black Schiaparelli gown with glittery sequins on the bodice and sleeves at the awards ceremony at the Fairmont Century Plaza Hotel. She also wore Chopard jewels. The 55-year-old let her middle-parted auburn hair fall in soft curls over her shoulders during the performance. She kept her makeup natural.

Roberts was nominated for Best Actress in a Miniseries or TV Movie for her role in “Gaslit,” but the award ultimately went to Amanda Seyfried (37) for “The Dropout.” “Gaslit” revolves around the Watergate scandal – and Martha Mitchell’s role in it.

In addition to Julia Roberts, Sean Penn (62) can also be seen in it. He portrays former Attorney General John Mitchell in the series, which is based on the Slow Burn podcast, with Roberts playing his wife. As an unexpected whistleblower, she exposes the illegal activities in the White House and becomes the target of a smear campaign. The Watergate scandal ousted President Nixon from office in 1974.