Babasónicos provided a show for more than 15,000 people on the beaches of Mar del Plata 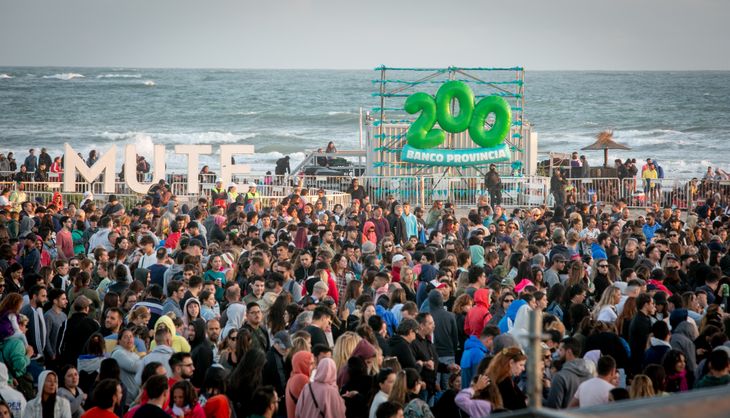 As in the Festival 200 held on September 17 at the Estadio Único Diego Armando Maradona in La Plata where they played María Becerra, Miranda, Estelares and Los Auténticos Decadentesin this summer edition the MUTE hostel was filled by clients of Banco Provincia who obtained their free entrance through the DNI Account digital wallet.

It was an afternoon with sun and little wind on the beaches of the lighthouse area, which allowed those who entered the festival as soon as it opened its doors, around 6:30 p.m., to enjoy mateadas with Torta Bonaerense, the great birthday cake that Banco is sharing with thousands of people in different parts of the province.

Prior to the concert, with the MUTE arena already at eighty percent of its capacity, there were battles of freestylers in which DAC, Dybbuk, Brasita and CTZwith Shulio Host as host and RST DJ in charge of the turntables.

Among the spectators of the show babasónicos was the governor Axel Kicillof with his family, accompanied by his head of Advisors in the Buenos Aires Government, carlos whiteand the senator Mariano Recalde. On behalf of the Buenos Aires public bank was its president, Juan Cuattromothe director Laura Gonzalezdirector Alejandro Formento and various officials of the entity’s general management.

The 200 Veranos Festival was the most popular activity for Banco Provincia on the Atlantic Coast for the summer season, but the activities for the whole family continue until March. There are mateadas with cake in inns and spas, a trailer with video games for the little ones, games and entertainment in the ReCreo inns and many discounts and benefits with a DNI Account and entity cards.