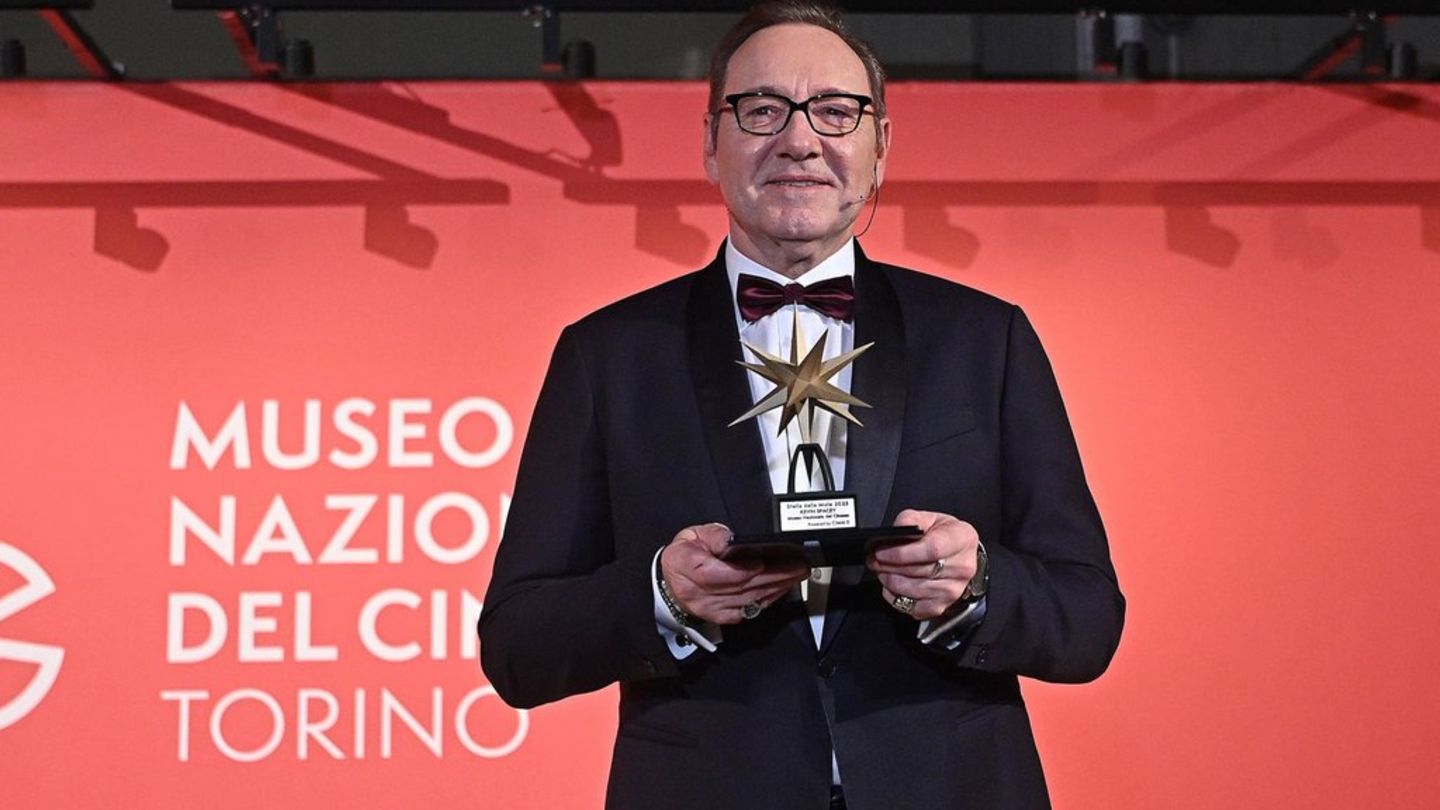 Kevin Spacey has given a speech for the first time since the abuse allegations became known. He was honored for his life’s work.

Kevin Spacey (63) has given a public speech for the first time since the abuse allegations against him. The actor received a lifetime achievement award at the National Film Museum in Turin on Monday. Spacey is currently facing 12 abuse charges in the UK, where he was artistic director of London’s Old Vic Theatre. In his home country, the American was acquitted in one case in October 2022. The actor denies all allegations.

He thanks organizers for the “eggs” to have invited him

Kevin Spacey did not mention the abuse allegations against him – at least not directly. He thanked the museum for the “eggs” for inviting him. For this he used the Italian word “Le Palle”. Regardless of the scandals surrounding his person, those responsible have recognized artistic achievements, says Spacey. They deserve applause for that.

The two-time Academy Award winner thanked all the filmmakers, artists and technicians he “had the privilege to work with.” “You’re not just honoring me,” he told the organizers. “You honor them all”.

“He’s a remarkable man and it’s been his ability to sort through all the setbacks that we’ve had and move on,” Spacey continued. “And that gave me the strength to kind of get up and follow him.” After his speech, Kevin Spacey held a one-hour master class. He spoke about his most famous films such as “American Beauty”.

Spacey is welcome in Italy

While he’s now persona non grata in the US and UK, Kevin Spacey seems to be welcome in Italy. In Turin last year he shot a film entitled “L’uomo Che Disegnò Dio”. Before the event at the Film Museum, he spoke to the Italian press. Spacey did not face international media.