Diego Calva on “Babylon” shooting: “Every day was like a wild adventure” 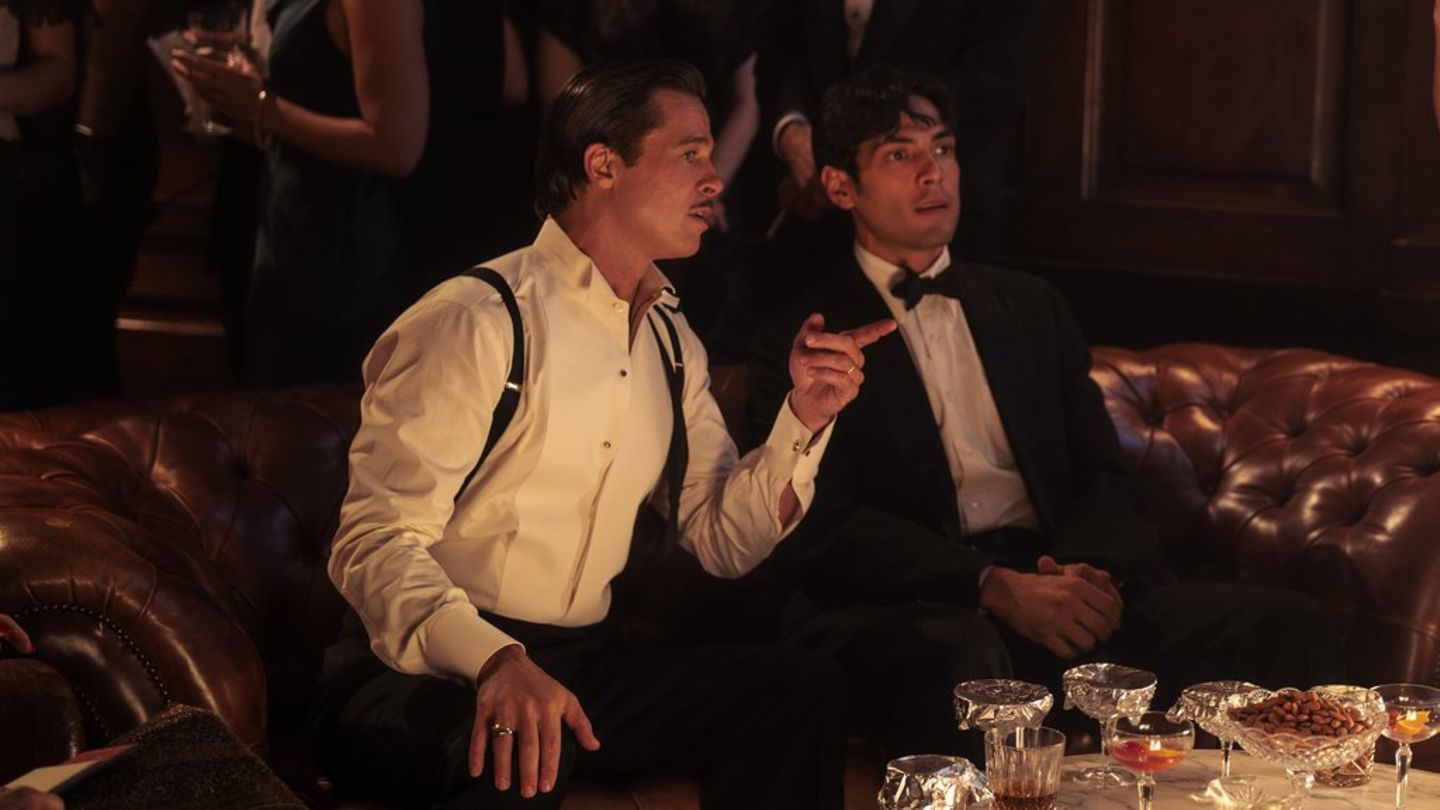 Diego Calva can be seen alongside Brad Pitt and Margot Robbie in the film Babylon. He reveals how the collaboration went.

Drugs, extravagant parties and a generation on the brink: That’s exactly what the cinema audience will get in Damien Chazelle’s (37) latest work “Babylon – Rush of Ecstasy” from January 19th. In his fourth feature film, the “La La Land” director takes a look at Hollywood in the 1920s. A time when silent films were slowly being replaced by sound films. At the center of the story is Manny Torres (Diego Calva, 30), who, as the son of Mexican immigrants, wants to gain a foothold in the film industry. At the same time, established silent film stars such as Jack Conrad (Brad Pitt, 59) are on the verge of extinction due to progress, and up-and-coming actors and actresses such as Nellie LaRoy (Margot Robbie, 32) are also having an increasingly difficult time.

In the 188-minute long, visually stunning epic, abstruse, disturbing, but also emotional moments follow each other almost every minute. There were five nominations for this at this year’s Golden Globes, but in the end the film only took home the award for “Best Film Music”. The Mexican newcomer Diego Calva was also happy to be nominated in the category “Best Actor – Comedy or Musical”. In an interview with the news agency spot on news, the 30-year-old talks about his nomination, working with Brad Pitt and Margot Robbie and the biggest challenges on the set.

You play one of the main roles in the film “Babylon – Rush of Ecstasy”. What was your first thought when you read the script?

Diego Calva: How will Damien Chazelle manage that? How much of this script needs to be cut? It was a very long script. If you count one minute per side, it’s a three-hour film. It was literally like a book. So my first thought was: This is very ambitious, amazing, beautiful, but how much will he have to cut in the scenes?

You play a Mexican immigrant who dreams of a great film career. Does your life resemble Manny Torres in some ways? And how much of yourself did you put into the role?

Calva: I made my money very similar to Manny. I worked in so many different fields before my acting career. I worked in catering, I was the coffee man. I also worked in the sound department, on the construction site and as a production assistant. Like Manny, I’ve been trying to pursue something film-related.

Then I had my first chance: an actor didn’t show up. So the director asked me: “Diego, would you help me and play this role in my short film?” And that was my first day as an actor. Just like Manny, someone opened the door for me and I accepted. So I can identify with the character. But at the same time I hope that in ten years we won’t be so alike. Because Manny makes some mistakes. I try not to do them (laughs).

You shot with Margot Robbie and Brad Pitt. How did the collaboration work and how was the mood on the set?

Calva: Incredible. It was my first major film and my first starring role in this type of production. And then I got to work with superstars. The vibe was pretty cool and everyone was very helpful. I think they recognized themselves in me in many moments. It was the first time I saw so many extras or worked with this kind of cranes or big equipment. They sometimes looked at me like a little child. We all survived this film, we helped each other. Every day was like a wild adventure, just like the movie. Every day on set was like a day in Babylon.

What was the biggest challenge for you on the set?

Calva: I learned English for the role. I worked with a dialect coach and had the first English lessons in my life. It was very hard and challenging because I had to change my mindset all day long. I’ve been working on my accent, the way I move my tongue. And then you really have to forget that, because otherwise it becomes very robotic. But the hardest part was definitely the English.

How excited were you before the first day of shooting?

Calva: Of course I was nervous and also a bit scared. But Damien made a lot of time for me. I had no ordinary preparation. It’s not usual what he did to me. We practiced a lot. I moved to his house to rehearse the whole film. So we have a version on his iPhone that we shot in ten days with Olivia, his wife, and the producer. We rehearsed every single scene, just the three of us. On the first official day of shooting I was nervous, but at the same time I felt like I had a little advantage.

You were nominated for a Golden Globe for Best Actor. How did you react when you found out about it?

Calva: I was on live TV when I found out. I had an interview in New York and they told me during the interview. Everyone saw my reaction. I shook myself at that moment because it was so surprising. “Babylon” changed my life in so many ways. But that’s just another surreal situation to be nominated for such a great award. I am very honored. I didn’t care if I was going to win. I just wanted to be there and represent Babylon. My mother accompanied me and her birthday was one day before the ceremony. So it was clear: Whether I win or not, I’ll celebrate with her afterwards.

Hollywood is a tough place. How difficult is it to build a career? Especially as a Mexican actor?

Calva: I don’t know. Maybe in two years you can ask me the question and I’ll have a better answer. But so far it’s pretty cool, everything is so new. I don’t know if this will be something permanent or just a roller coaster ride like Babylon. But I’m enjoying every moment and waiting to see what happens.