Brad Pitt and Angelina Jolie’s children: These are the different paths they take 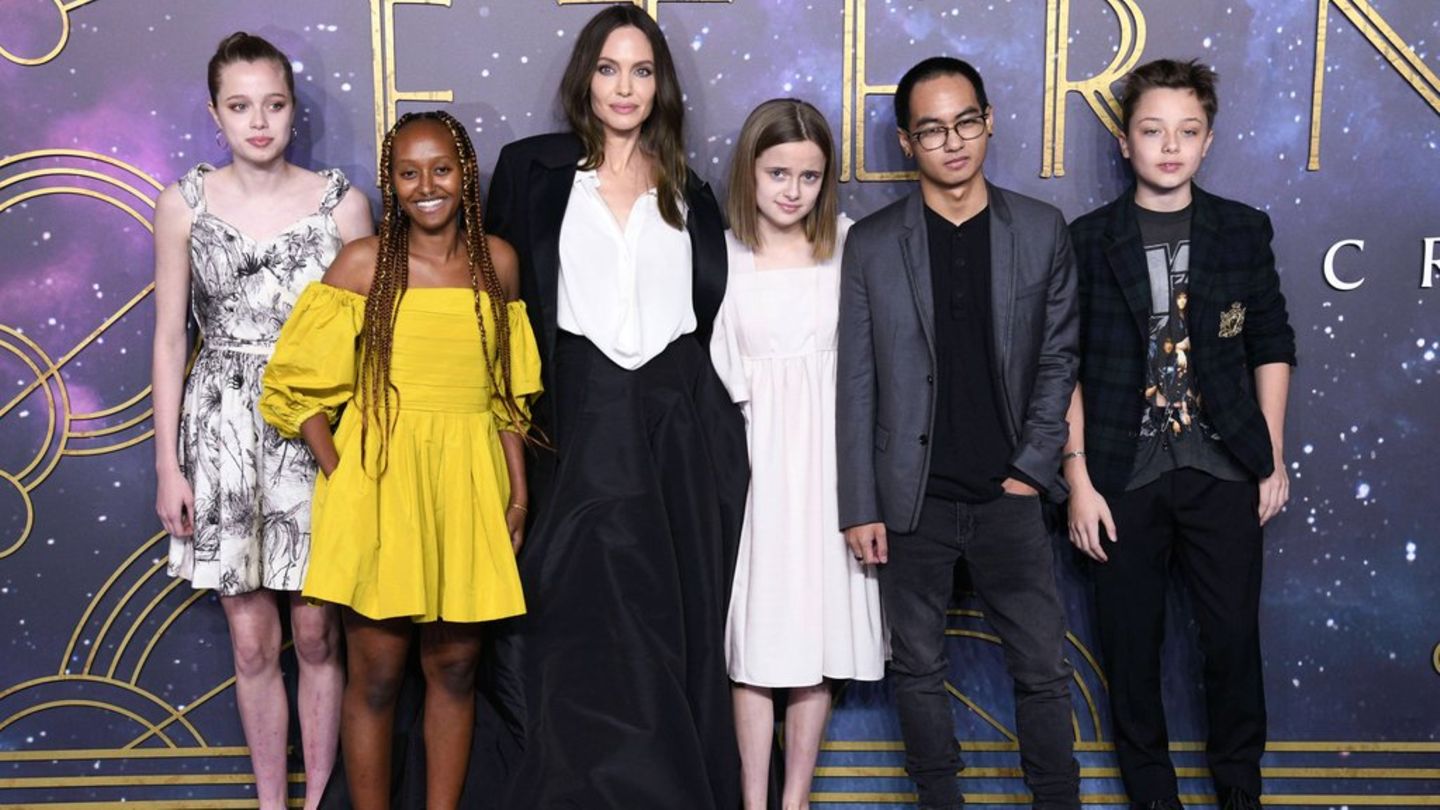 From the South Korean university to the art exhibition in Israel: This is the path the children of Angelina Jolie and Brad Pitt have taken.

Angelina Jolie (47) and Brad Pitt (59) have been separated since 2016, the once most famous Hollywood couple has six children together: Maddox (21), Pax (19), Zahara (18), Shiloh (16), and the twins Vivienne and Knox (14). Pax, who otherwise largely stays away from the limelight, has just made headlines. That’s what Jolie and Pitt’s six celebrity kids are doing right now.

, the New York Post’s celebrity portal, the 19-year-old adopted son of Pitt and Jolie, who was born in Vietnam in 2003, will continue not to boast of his famous last name. According to the rumours, he is said to be aiming for a career as an artist. An anonymous source is said to have revealed to “Page Six” that he secretly works under the pseudonym “Embtto”. The works are said to have been described to the portal as “abstract”. Art isn’t just a hobby for Pax, he’s said to be preparing for an exhibition at a gallery in Tel Aviv, Israel. Pax, who graduated from college in 2021, also made a cameo appearance in the film ‘Kung Fu Panda 3’ (2016), in which he lent his voice to a character. He also assisted Angelina Jolie and his brother Maddox on the film Long Walk of Hope, where he served as a set photographer.

Maddox was born in Cambodia in 2001 and was also adopted by the Hollywood stars. Apparently, as he got older, he became more interested in both Jolie’s humanitarian work and her work as a filmmaker. At the age of 15 he worked as a producer on Jolie’s film “The Long Walk of Hope” about the atrocities of the Khmer Rouge in Cambodia. According to US media reports, Maddox has been studying biochemistry at a university in South Korea since 2019.

Adopted daughter Zahara, who was born in 2005, is originally from Ethiopia. She has accompanied her mother to charity appearances, through which the two of them drew attention to issues such as violence against women. Zahara has been attending the renowned Spelman College in Atlanta since summer 2022. Previously, she had allegedly launched her own jewelry line, and she is said to have donated the proceeds.

In 2006, Angelina Jolie gave birth to daughter Shiloh. She has had minor appearances in films by her famous parents. the younger version of Caroline in the Pitt flick The Curious Case of Benjamin Button and also appeared in Kung Fu Panda 3. In addition, she is said to spend much of her free time in an elite dance studio in Los Angeles, as “People” reports. Shiloh has also accompanied her mother on many trips and appearances for charity.

Brad Pitt and Angelina Jolie’s second biological daughter, Vivienne, was born to twin brother Knox in 2008. She appeared as young Aurora in her mother’s film, Maleficent, in 2014. Back then, Vivienne was chosen for the role because “the other three- and four-year-olds [Schauspieler] didn’t come near me. It had to be a kid who liked me and wasn’t afraid of my horns and my eyes and my claws. So it had to be Viv.”

Knox, Vivienne’s twin brother, has appeared on red carpets here and there, including attending the premiere of Marvel film Eternals with his mother. Apparently he takes martial arts classes in his spare time. He is said to have also appeared in “Kung Fu Panda 3”.