Marriage proposal in the jungle camp: After Verena’s expulsion, Marc Terenzi gets on his knees 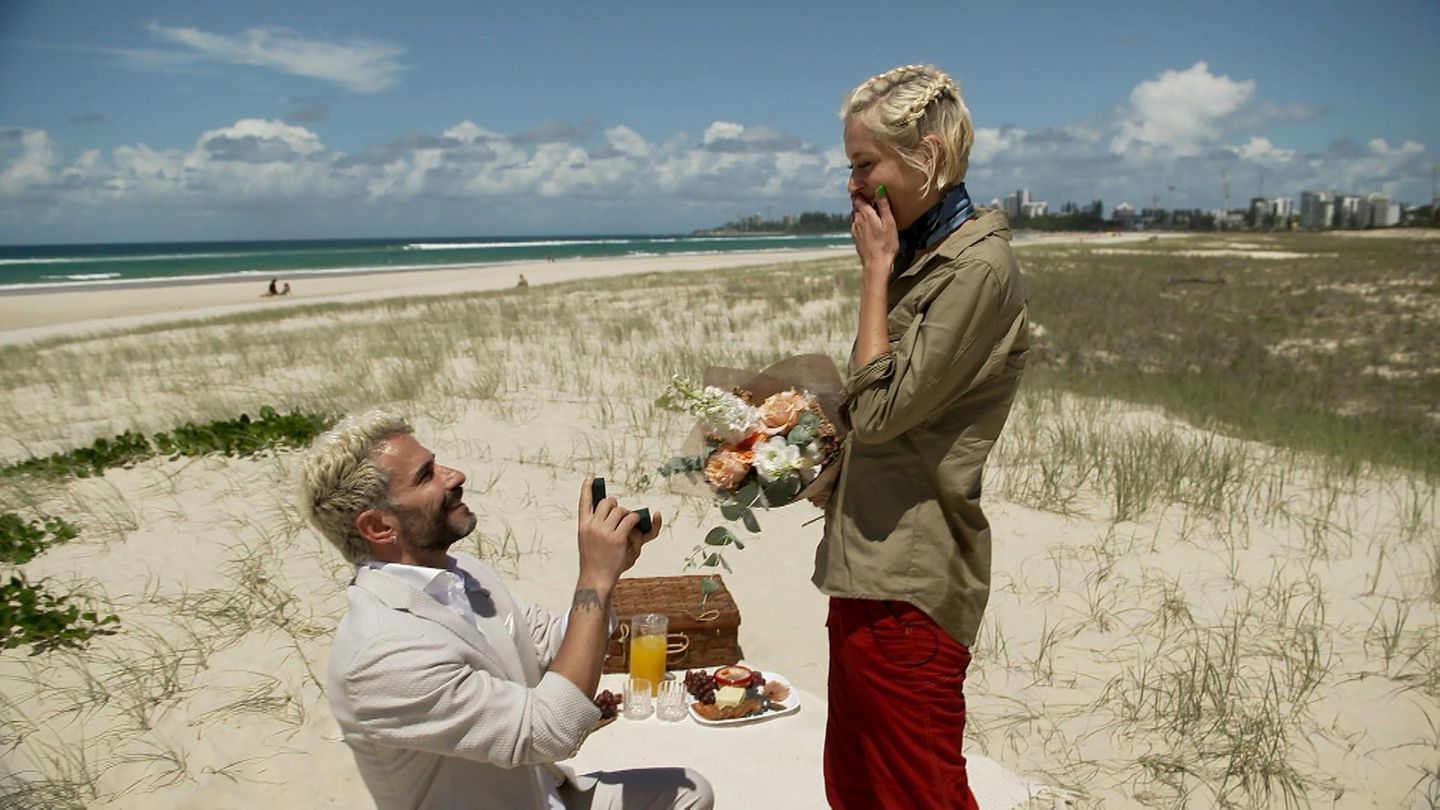 She had to leave the jungle camp first. But Verena Kerth should have forgotten that very quickly. Marc Terenzi had prepared a surprise for her on the beach.

The first week of “I’m a Celebrity – Get Me Out of Here!” is over, on Friday evening the first expulsion from the jungle camp was due. And the viewers chose Verena Kerth. The 41-year-old was the first participant to leave the camp. And didn’t look too happy about it. But that changed abruptly when she met her partner Marc Terenzi on the beach. He was waiting for her in a white suit – and then got on his knees, as viewers could see in the Saturday episode.

“I love you so much, I’ve missed you so much,” he told her alongside a romantic picnic that had been prepared. And then went all out. “I don’t want to miss you again. And so I want to ask you – if you want to marry me.” Verena, still dressed in the jungle uniform, seemed as surprised as she was happy. And said yes, beaming.

“I’m willing to do anything for food”: Gigi pulls blank – and scares his fellow campers

Terenzi revealed to “Bild am Sonntag” that he had been planning the application for a while. “I was waiting for the perfect time,” he told the newspaper. Friends from a jewelry label had already finished the ring for him a while ago. “Then when she talked about it on TV, I thought now was the right time.” Nevertheless, before the big moment, he went completely crazy with nervousness, he confessed.

Verena was surprised to the newspaper. “I still can’t believe all of this. After the first moment of shock, leaving the camp, I was driven to a beautiful beach and thought there was a mirage in a white shirt and white suit with flowers,” reports the “BamS”. “And then came the really positive shock moment. I didn’t expect it. Otherwise he never does what I tell him to do.”

It is Kerth’s first marriage. Terenzi was married to singer Sarah Connor from 2004 to 2006. Although the two have known each other for a long time, a couple they are significantly shorter. The two only got together in the summer. When exactly they want to get married, they have not yet revealed.