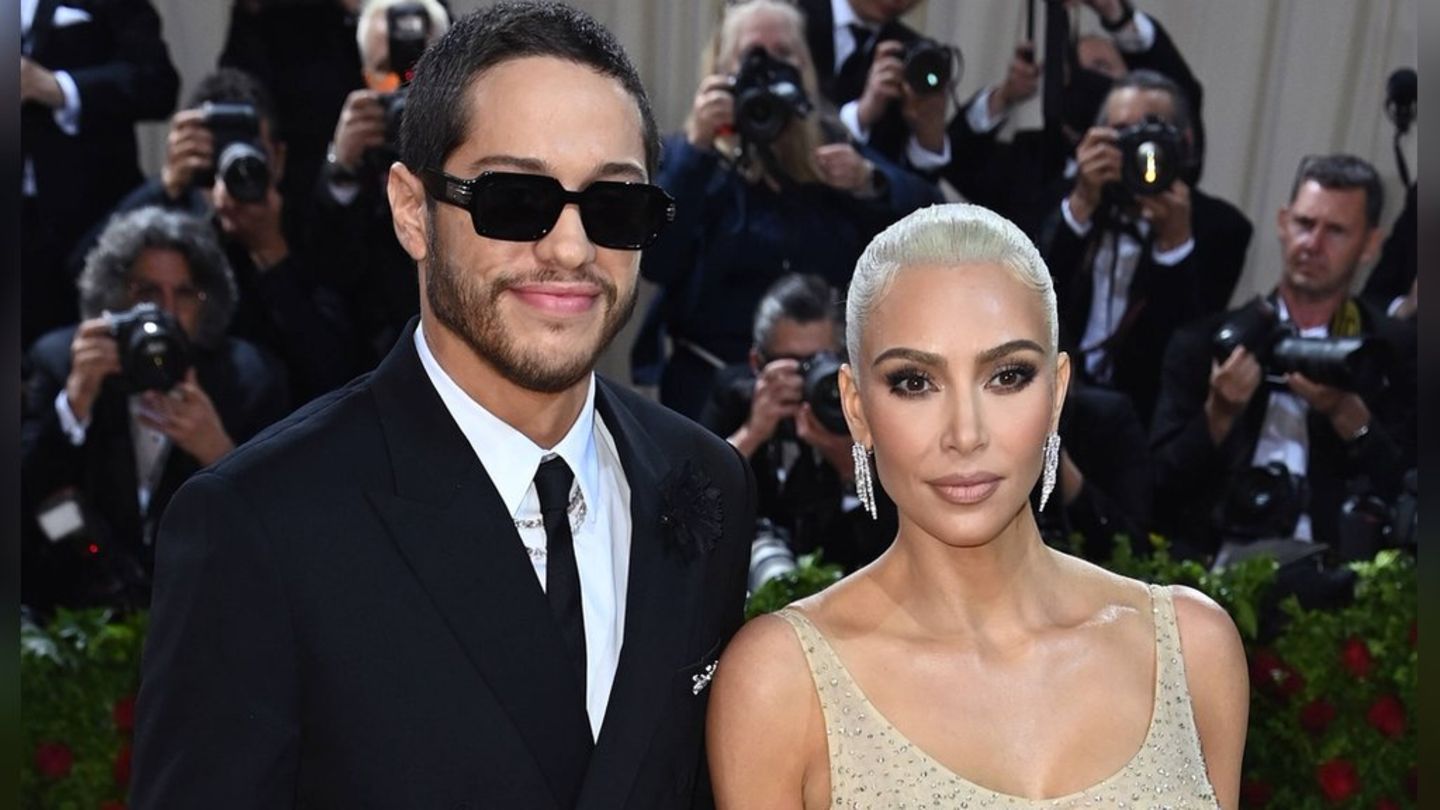 Pete Davidson is erasing Kim Kardashian – at least the tattoos he got in her honor.

Pete Davidson (29) has the memories of Kim Kardashian (42) written on his body erased. The comedian has apparently had tattoos removed that he had done in honor of his ex-girlfriend. Photos, , show Pete Davidson shirtless on the beach. It is noticeable that a few Kim-related lettering are missing. The actor and reality actress split in August 2022. They were a couple for about nine months.

The new beach pics are missing three tattoos that previously adorned Pete Davidson’s collarbones. For example, “My Girl is a Lawyer” was written there – in honor of Kim Kardashian, who passed a bar exam in December 2021.

Another tattoo was the sequence of letters KNSCP – the initials of Kim and her children North (9) Saint (7), Chicago (5) and Psalm (3) that she has with Kanye West (45). Also gone were the names Aladdin and Jasmine, which were associated with an infinity sign. Davidson was referring to the Disney film characters he and his ex portrayed in a skit on Saturday Night Live. On the stage of the comedy show there was the first kiss between him and Kim Kardashian, which was still played at the time.

Another body jewelry, however, will be more difficult to remove. Pete Davidson reportedly burned Kim Kardashian’s first name into his skin. At least that’s what the entrepreneur hinted at in an interview with Ellen DeGeneres (64). He wanted to set an example because he was removing other tattoos, Kim reported. The branding of her name should be more permanent, it was said at the time. So at least one Kim-shaped scar will remain on Pete Davidson.