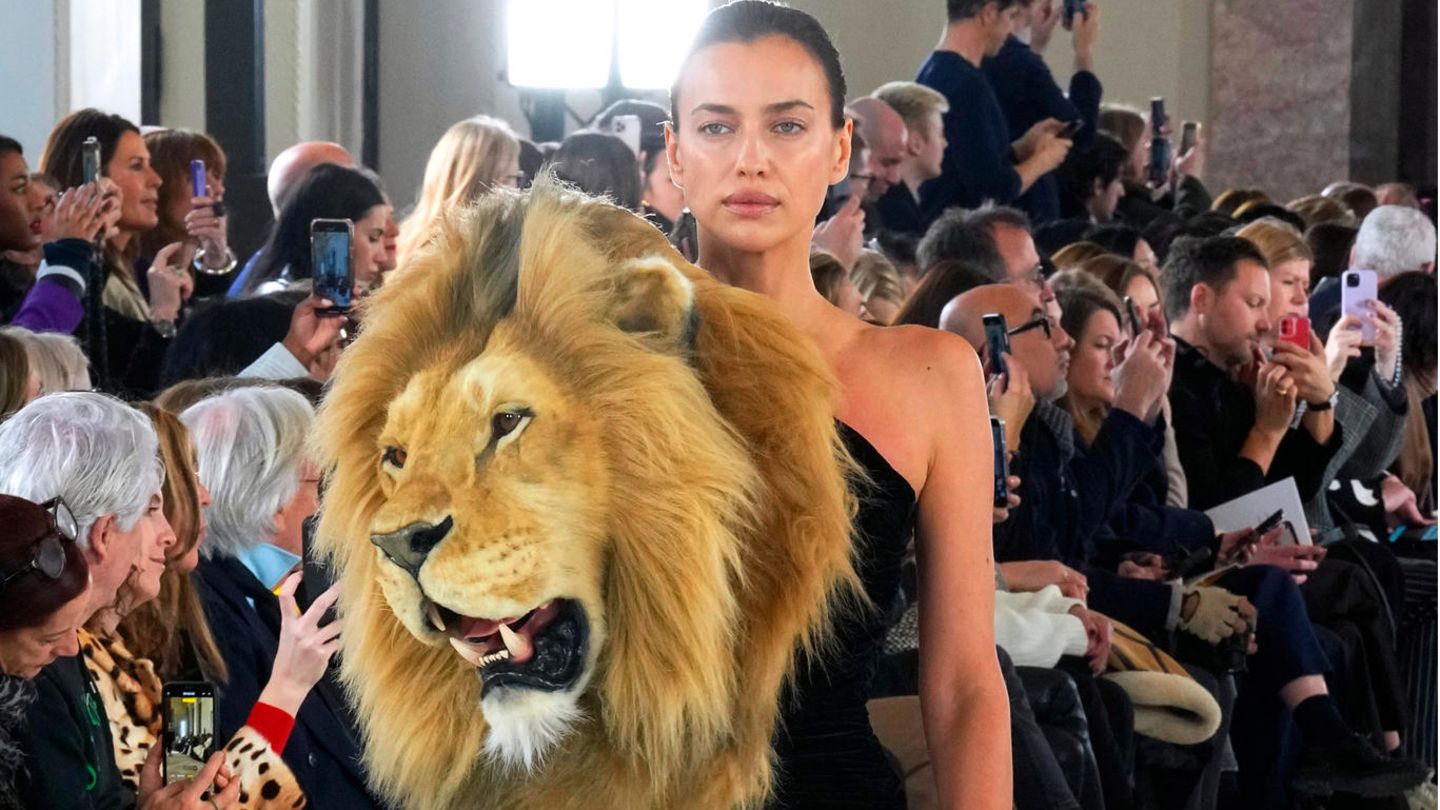 The luxury label Schiaparelli sent its models down the catwalk with huge animal heads. Influencer Kylie Jenner also sat in the front row with a lion’s head. The outrage is great. Support comes from the animal welfare organization PETA.

In Paris, luxury labels such as Dior, Chanel and Valentino are currently showing their haute couture creations for spring-summer 2023. Right at the start, Daniel Roseberry, creative director of the traditional brand Schiaparelli since 2019, caused a scandal with his designs. During his presentation, the American sent several models with huge animal heads down the catwalk. For example, Irina Shayk presented a black dress to which a lion’s head was attached. Naomi Campbell wore a black coat with a wolf’s head on it, and fellow actress Shalom Harlow wore a robe with a snow leopard’s head on it. Influencer Kylie Jenner also sat as a guest in the front row – also in a black dress with a lion’s head.

There was heavy criticism of Jenner and the fashion house. On Instagram and Twitter, many were outraged at how one could wear something like this and thus promote poaching. Numerous users wrote that the clothes were “creepy”, “terrible” or just “wrong, wrong, wrong”. Filmmaker and wildlife expert Dan O’Neill wrote on one of the Instagram posts: “We need to stop showing animals as luxury products.” The animals shown on the catwalk were hunted for their fur and are now endangered. “Inspiration is powerful, and that’s not good inspiration.”

Both Jenner and those responsible for Schiaparelli had explicitly pointed out in their social media posts that these were not real big cats. “No animals were harmed in the creation of this look,” the company writes. The lion’s head, for example, was made from foam, wool and silk and painted by hand. “To look as lifelike as possible and to celebrate the grandeur of nature.” Designer Daniel Roseberry calls his designs “Inferno Couture”, inspired by a part of Dante’s “The Divine Comedy” in which these animals appear.

Despite the company’s justification that the animals would only be dummies, the majority of social media disapprovals remain. Schiaparelli received support from animal welfare organization PETA of all places.

Their President Ingrid Newkirk called the creations “fabulously innovative” because they would do without real fur and leather. “Kylie, Naomi and Irina’s looks celebrate the beauty of wild animals and could be a statement against trophy hunting, where lions and wolves are mauled to gratify human selfishness. We encourage everyone to be 100% design conscious that show human ingenuity and prevent animal suffering.”

But there was a little criticism from Newkirk: Kylie Jenner and Co. should please do without wool and silk in the future – because they were used in the production of the animal heads.