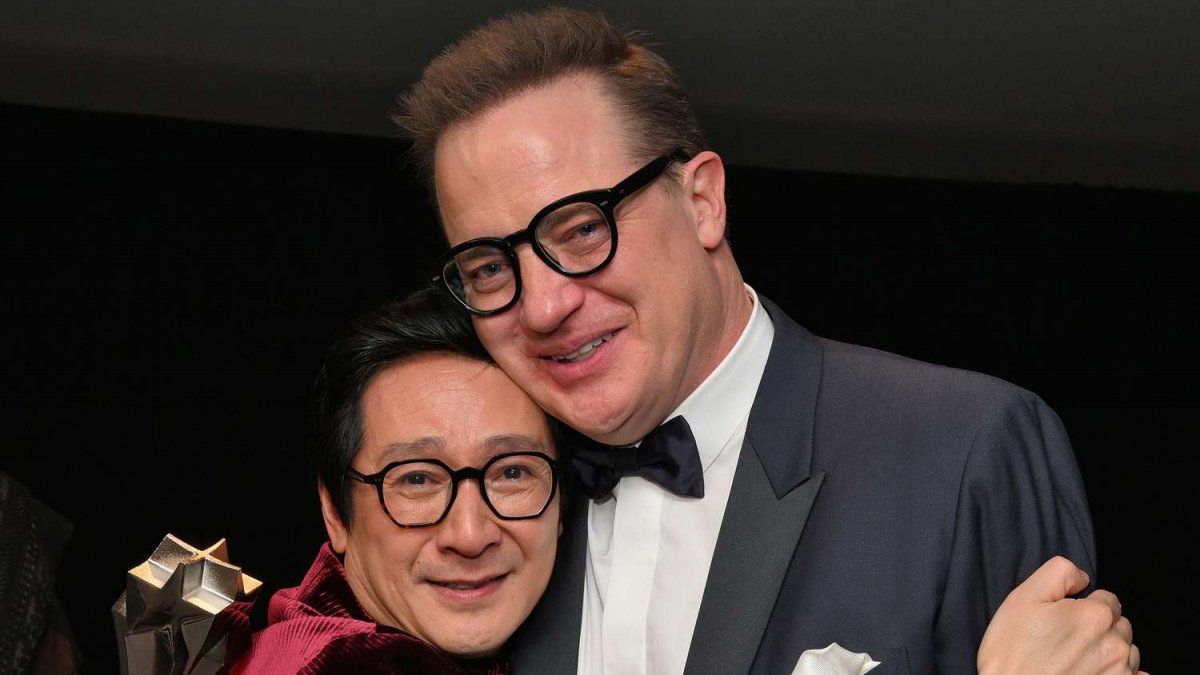 “Darren Aronofsky, I was out in the desert, and I probably should have left a trail of breadcrumbs, but you found me.said Fraser at the Critics Choice Awards. He later added backstage that the award meant “more than I can put into words.”

Quan opened up about the years of doubt that followed his success as a child actor during his speech at the Golden Globes. “As I got older, I started to wonder if that was it, if it was just luck,” he admitted.

“For so many years, I was afraid that I had nothing more to offer, that no matter what I did, I would never surpass what I had achieved as a child. Fortunately, more than 30 years later, two guys thought of me.she continued, referring to the Daniels. “They remembered that kid and gave me the chance to try again. Everything that has happened since then has been incredible. Dan Kwan, Daniel Scheinert, thank you very much for helping me find my answer. You have given me more than I could have hoped for.”

Prior to their Oscar nominations, Fraser and Quan were nominated for Critics Choice Awards, Golden Globes, and SAG Awards. Both won at the Critics Choice Awards; Quan also won at the Golden Globes, a ceremony that Fraser boycotted due to an alleged sexual assault by former HFPA president, Philip Berckwhich Fraser previously revealed as one of the main reasons for his retirement from acting.

Wins at the next SAG Awards would cement Fraser and Quan’s status as Oscar favorites.