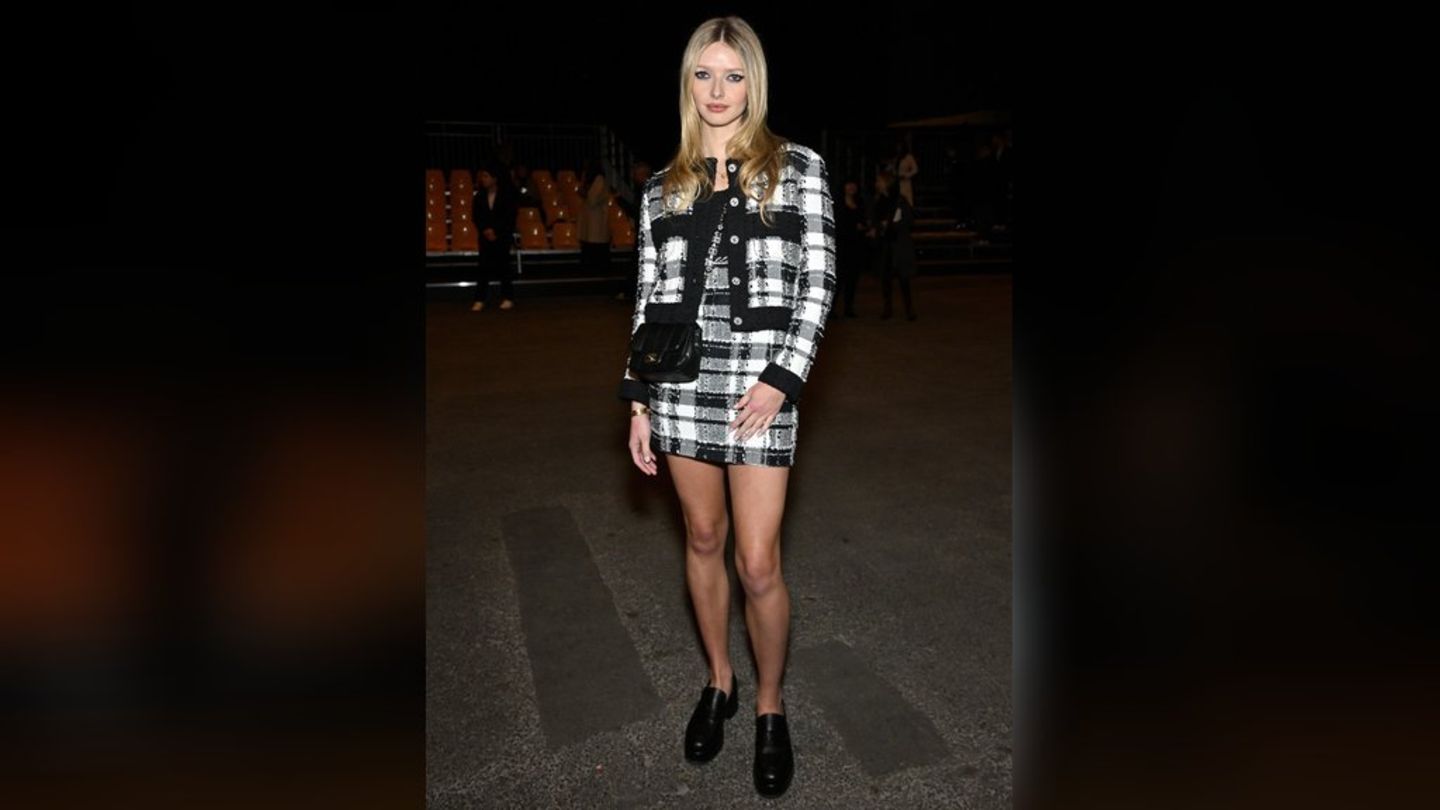 Apple Martin, the daughter of Gwyneth Paltrow and Chris Martin, attended the Chanel couture show – stylish in a tweed look.

The couture shows in Paris are in full swing. On Tuesday (January 21), Chanel, among others, showed its collection. Apple Martin (18) did not miss the spectacle either. Wrapped in a design by Virginie Viard (61), the daughter of actress Gwyneth Paltrow (50) and musician Chris Martin (45) took a seat in the front row.

Apple Martin appeared in a Chanel look consisting of a black and white checked cropped blazer and matching mini dress. She paired it with black loafers, a black shoulder bag and heart-shaped earrings from the French fashion house. She emphasized her eyes with black eyeliner, and she wore her blond hair open and parted in the middle.

Fashion journalist Derek Blasberg (40) captured Martin’s Fashion Week debut on his Instagram channel. He wrote: “Karl Lagerfeld met Apple Martin when she was four years old and explained that one day she would be a Chanel girl. Today it happened.” Blasberg described himself as a “proud goon”, a combination of “gay” and “uncle”.

Mama Gwyneth Paltrow also expressed her pride with an apple emoji in the comments box. Referring to the caption, however, she corrected: “Indeed she was ONE.”

Apple Martin hails from the marriage between Gwyneth Paltrow and Coldplay frontman Chris Martin from 2003 to 2016. The relationship also resulted in their 16-year-old son Moses.