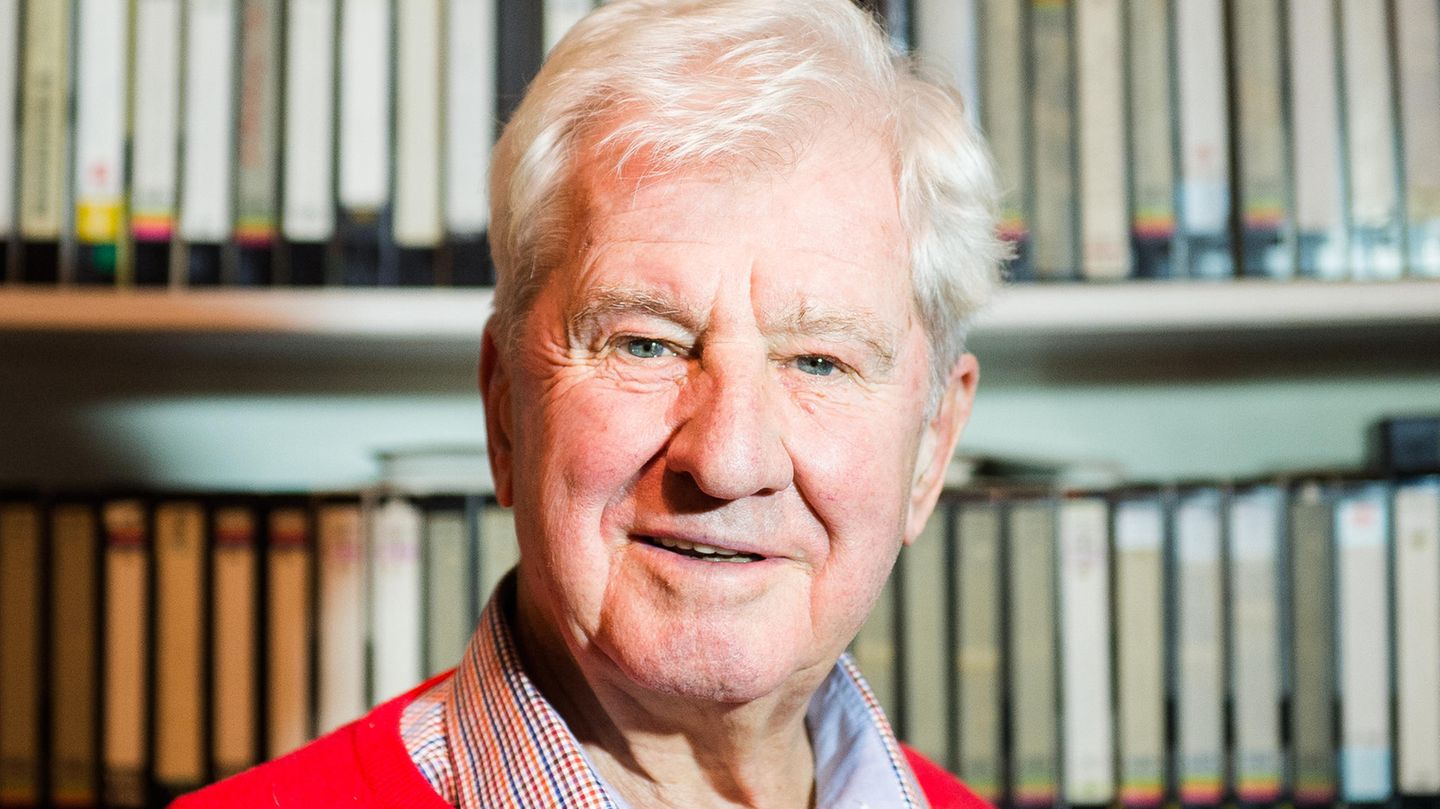 A lot of people grew up with Wolfgang Draeger’s voice: with Bibo on children’s television, with the inspectors in European radio plays and all the Hollywood stars that the man from Hamburg spoke. He turned 95.

Millions of people knew his voice, but hardly anyone knew his face: The radio play star and dubbing speaker Wolfgang Draeger is dead. The Hamburger was 95 years old. This was announced by his children Sascha Draeger and Kerstin Draeger on Instagram on Tuesday evening. The radio play label Europa confirmed Draeger’s death on Wednesday to the German Press Agency.

He was the German dubbing voice of US actor Woody Allen. The star’s special way of speaking was never a problem for him, Draeger said in a dpa interview in 2015. “Because part of me is that way. I’m a stutterer and I have a penchant for psychopaths and lunatics. If I had to play the roles instead of just speaking, I would do them the same way. James Cagney, who I also voiced , was a lot harder. It took a lot of acting and effort to make that boiler. But Woody Allen, that’s pretty much me in a lot of ways.” He also voiced other stars, such as Dudley Moore, and once Roman Polanski.

On the ARD children’s television “Sesame Street”, Draeger lent his voice to the big yellow bird Bibo. But the man from Hamburg is also very well known from radio plays for children and young people on the Europa label. His most prominent role may have been Commissioner Glockner from the “TKKG” series. In the radio play series “The three ???” Draeger succeeded Horst Frank as Commissioner Reynolds in the late 1980s.

“With Wolfgang Draeger, a really great, wonderful actor and friend has left us,” said Europe boss Heikedine Körting. “He leaves us all an incredible number of great memories – both in film and on television, dubbing and in radio plays. Last year we made great recordings together in the studio for “The Three ???”. Farewell, dear Wolfgang Draeger!”

Verona & Co. – these celebrities chat about their family life

As an actor, Draeger appeared in the ZDF series “The Legacy of the Guldenburgs”. Again as commissioner. “With his gentlemanly looks and his distinctive voice, he was an excellent fit for roles of respected people,” says non-fiction author Björn Akstinat. The cartoon character Inspector Gadget was also part of the repertoire.

As Draeger’s children wrote on Instagram, their father died on Monday. “Now we were up in your beloved mountains for your 95th birthday… and now you just wanted to get even higher,” says Kerstin Draeger.