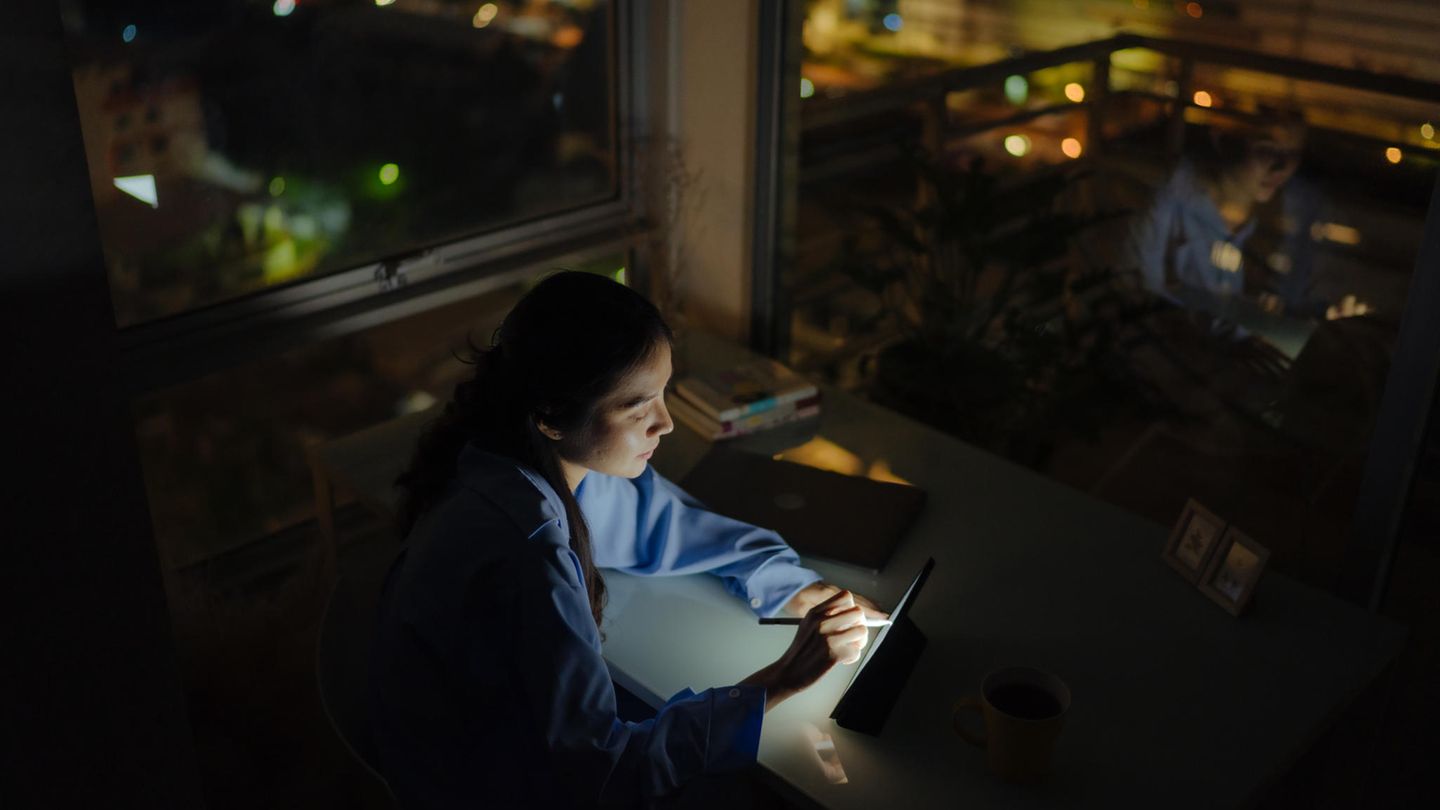 Do you belong to the night owls? Then this is not good news for you: Researchers have found that night owls appear to be at higher risk of diabetes and heart disease.

While some jump out of bed in top shape early in the morning, others find it difficult to get out of bed. We all have an internal clock – but some people’s circadian rhythm starts earlier than others. Researchers have now found that night owls have a higher risk of diabetes and cardiovascular disease.

The human day-wake cycle is determined by daylight and the onset of darkness. But each person also has their own chronotype that influences when they are hungry, most active and when they get tired during the day. Among humans there are two extremes: the larks, the early risers, and the owls, the late types. But most people are in between. The chronobiology Till Roenneberg from the Ludwig-Maximilians-University Munich describes these as pigeons.

Night owls don’t get tired until late at night

In the case of early risers, the body releases the sleep hormone melatonin much earlier in the day, which makes them tired early and drives them to bed. In the case of night owls, on the other hand, the body only releases a lot of melatonin in the late evening hours or early at night – so they only get tired very late.

US researchers have now investigated how the chronotype affects the risk of chronic diseases. For this purpose, the scientists divided 51 subjects into larks and owls using questionnaires. 24 of them were early risers and 27 participants were late risers. None of the subjects had cardiovascular disease, did not suffer from type 2 diabetes, did not have fatty liver, did little exercise in everyday life and did not smoke. The subjects were between 54 and 55 years old on average. All participants had the metabolic syndrome. This leads to obesity and high blood pressure.

The participants ate the same food during the experiment and fasted overnight. The researchers also analyzed their activities for over a week. Data on carbohydrate and fat burning were collected and insulin levels were measured.

Differences in metabolism in early risers and late risers

The results: The night owls moved less than the larks and also had less endurance. The researchers also noticed a difference in the metabolism of the different chronotypes: the late types burned less fat – during activities and when resting. And the night types tended to be insulin resistant. This means that the body cells no longer respond as well to the hormone. It is one of the main causes of type 2 diabetes.

The owls are more likely to use carbohydrates as an energy source and the larks are better at burning fat. According to the researchers, these results indicate a higher risk of late types of heart disease and type 2 diabetes.

dr Phyllis Zee, director of the Center for Sleep Medicine at Northwestern University Feinberg School of Medicine in Chicago, told CNN that the study complemented what was previously known. She did not participate in the study. A wealth of evidence suggests that late sleepers have a higher risk of cardiovascular and metabolic diseases. According to the Phyllis Zee, these mechanisms have an impact: loss of sleep, disturbances in circadian rhythms, eating later in the day and being exposed to little morning light and more evening light. They all have a negative effect on insulin sensitivity.

Study author Steven Malin from Rutgers University in New Jersey explains that a disrupted circadian rhythm in adults is mainly caused by working hours. “If a person is an owl, they may prefer to go to bed later, but still need to get up early to go to work or take care of the kids. This can force them to do it, not with their body clock to be consistent,” Steven Malin told The Guardian. If time structures were promoted that fit better with people’s natural rhythms, this could reduce health risks.

Exactly why owls appear to be at higher risk for chronic diseases needs further research.