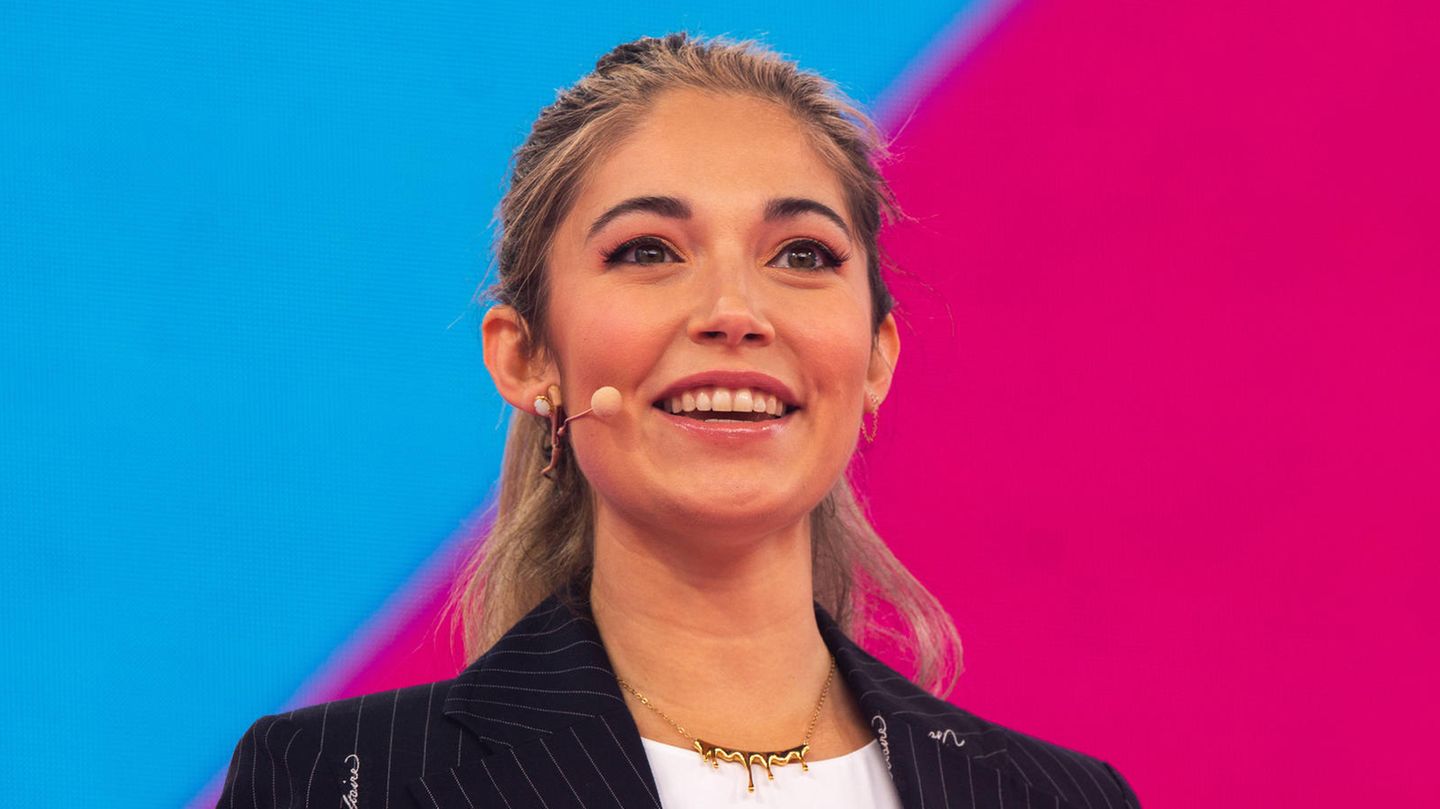 Bisexuality is underrepresented compared to other forms of sexual orientation. The author and forensic psychologist Dr. Julia Shaw is bisexual herself – and has done research on the subject. In conversation with the stern she explains why visibility is so important and why bisexuality affects us all.

Today is Bi Visibility Day. On this day, people around the world are once again specifically committed to getting more visibility for bisexual people. You too do a lot for the bisexual community, Dr. Shaw. Why is that so important?

Visibility is still so important because most of the time bisexual people are not out. This means that they are also more likely to be alone with their sexuality than gay and lesbian people. They’re not necessarily lonely, but they’re often not really part of the queer community.

And how can we change that and create more visibility for bisexuality?

We definitely need to talk more about bisexuality. If we’re going to use the rainbow, then we should talk about every single color of the rainbow – and that includes bisexuality. Unfortunately, that often doesn’t happen. And bisexual people notice that, of course. We are missing from the visible queer world, although we are actually the largest sexual minority.

In your book “Bi. Why is that?

For many, bisexuality often feels like it’s half-gay or half-lesbian. Therefore, when in doubt, one does not see it as one’s own sexual orientation, but as something that moves somewhere between heterosexual and homosexual. We think: we know what gay and lesbian is, so automatically we also know what bisexual is. But of course that’s not true.

How do you define bisexuality instead?

To me, bisexuality is sexual and/or romantic attraction to multiple genders.

We now put a label on everything, including our sexuality. Couldn’t we just love who we want instead, without always having to explicitly address it?

As long as it is not normal for people to be able to love and live freely, we still have to fight for it. And to do that, we need to be visible. That’s why we desperately need a word for how we love. And that unfortunately makes labels very important for us right now.

Why queer people become the enemy

Unfortunately, the labels sometimes ensure that queer people become victims of hostilities or even acts of violence. Why are gay, lesbian, transsexual or bisexual people such an enemy for some?

In any case, there are cultural and religious connections with homophobic tendencies. Even in regions in which the family is the most important asset – very important – people only want to see one constellation: man, woman and child(ren). This is of course a very unromantic picture of relationships. Because homosexual and bisexual people often have children and can start a family just as well as heterosexual people.

And that’s enough reason for hostilities?

I think that hostilities arise above all when people feel attacked by a form of love that is foreign to them. Either because their own image of the ideal world begins to falter, or because they may have bisexual tendencies that they don’t want to deal with.

Have you always been bisexual, Dr. Julia Shaw?

You have nevertheless decided to be open about your bisexuality. What has changed as a result of the outing?

I came out in my second book when I was 30. After that on social media and of course with my book about bisexuality. And an infinite number of people came up to me and said, “Hey, we feel the same”. So I’ve gained a great community. And I didn’t even know until then that I missed it. But it’s so nice to exchange ideas with people who feel the same way as you do.

How did you find out you’re bisexual in the first place?

I’ve always known I’m not straight. I don’t know where from. But I knew I love people and the idea of ​​the classic family structure was very abstract and illogical for me. But there are also many who only realize as adults that they are bisexual.

What advice do you have for people who suspect bisexual tendencies in themselves but are not sure yet?

If you want to use the label bisexual, then you should. Only you can know which people you find sexually or romantically attractive. Experimenting is part of getting to know yourself and figuring out what and who you like. I think, especially during the pandemic, a lot of people have dealt with their own sexual identity. And you can be bisexual without ever having anything to do with your own gender.

Would you say there are more bisexual people today than there used to be?

I’m often asked if there are more bisexual people today, or just more open to being bisexual. I think the answer is a bit of both. If there are more people who are open about their bisexuality, then more people will see this and perhaps question themselves and realize: Hey, that’s actually how I feel too.

How social media is helping the queer community

In the public perception, it is predominantly women who identify as bisexual.

Exactly, there are definitely more bisexual women than men who are out. This is also because the image of a bisexual woman is different from that of a bisexual man. When bisexual women date, most men say “cool”. Because they immediately think that the woman is only doing it to turn him on. With bi men, on the other hand, the main stereotype is that they are actually gay.

More and more people are trying to break with these clichés on social media and explain the many forms of love. Does that also make life easier for bisexual people?

Social media makes it much easier to come out, find like-minded people much faster and see role models that you can use as a guide. Without the internet one would often not know what to do with one’s sexuality. There are regions and cultures where there is not so much understanding for queerness. The internet helps a lot with that.

Speaking of enlightenment: Can you explain how our sexual orientation actually develops?

I’ve been trying to figure out how exactly our sexuality comes about. I could not do it. There are too many aspects, the genetics, the education, upbringing and experiences – but no one knows how exactly it all fits together so that in the end a sexual orientation comes out of it. It ends up being an individual mix of many different factors.

So could everyone’s sexual identity still change at, say, 70 years of age?

Sure, there’s often the case that people don’t say they’re bisexual until they’re adults. Sexual orientation is not static, we are constantly changing and so is our sexuality. Just because we’re straight today doesn’t mean it has to stay that way forever.

When it comes to sexuality, nothing is set forever. Does this also apply to monogamy?

Monogamy is a beautiful thing for many people. For me it is important that people think about why they enter into relationship structures. I think a lot of people, through our socialization, think monogamy is the only option for a romantic relationship, whether they’re happy with it or not. But if you look at how many people cheat, I’m sure many people would be happier if they could be more open about their needs.

Finally, let’s look to the future: how will we love in ten years in an ideal world?