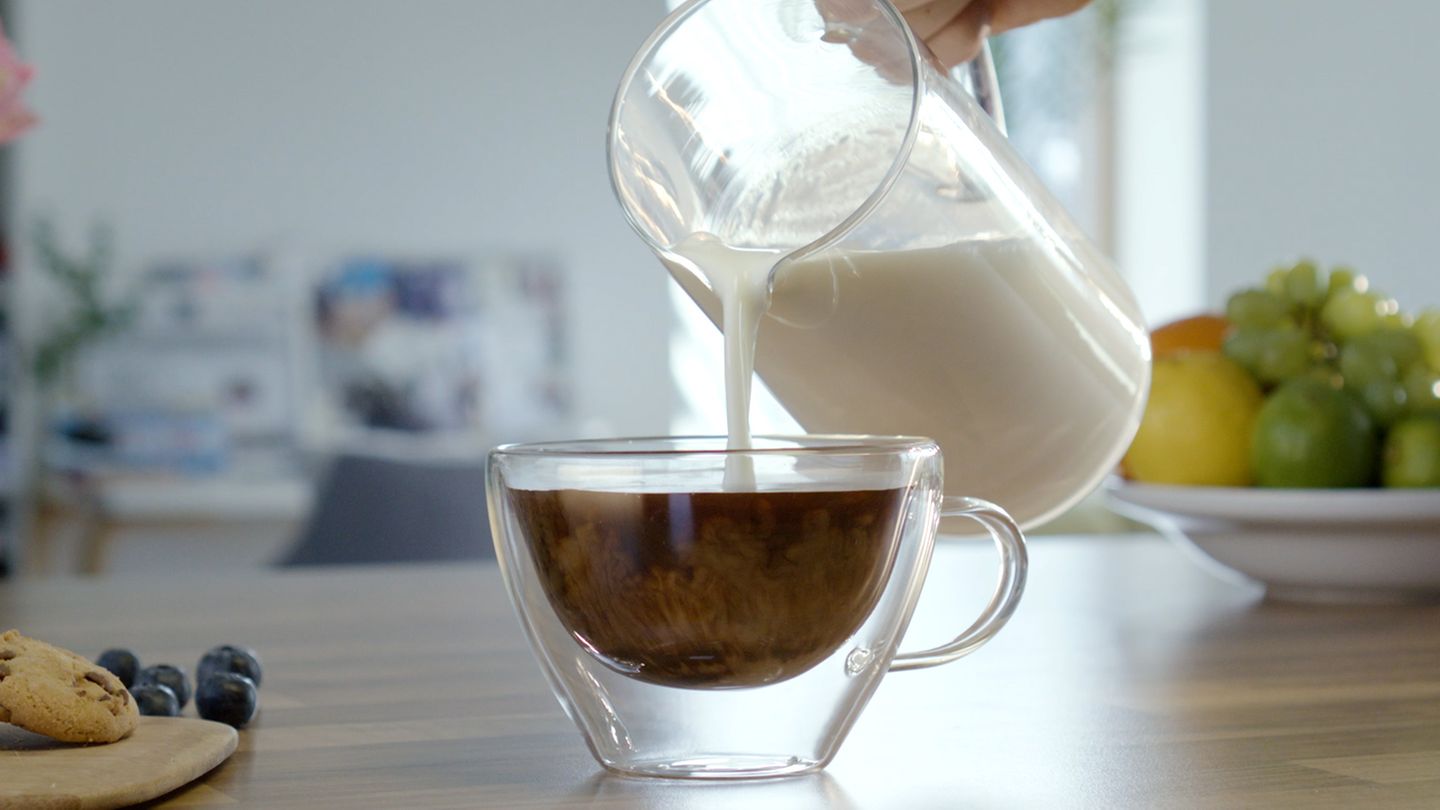 After water, coffee is the favorite drink of the Germans. This is mainly due to the invigorating effect of the brewed beans. Many studies have also demonstrated other positive properties of coffee enjoyment.

Watch the video: Black coffee is good for your health – but the effects are lost with milk.

Black coffee is said to help against type 2 diabetes, high blood pressure, obesity and depression. It is also said to have a positive effect on the risk of death and, according to studies, even reduces the risk of cancer by up to 18 percent. But beware!

These study results relate only to the consumption of black coffee. However, if the taste is too bitter for you and you make it milder with milk, you are nullifying the positive effects of coffee at the same time!

Physician and nutritionist Dr. Michael Greger explains that milk prevents the absorption of the phytonutrients responsible for the positive effects. More precisely the milk protein. It binds the secondary plant substances.

The nutrition expert’s rule of thumb: The more milk, the lower the antioxidant effect of the coffee. According to him, even a single shot of milk in the coffee reduces the effect by almost half.

Milk alternatives such as oat, rice or almond milk should not be a problem.

Researchers warn that too much liquorice is bad for your health