Interview with Dorothea Behrmann: How we learn to let go 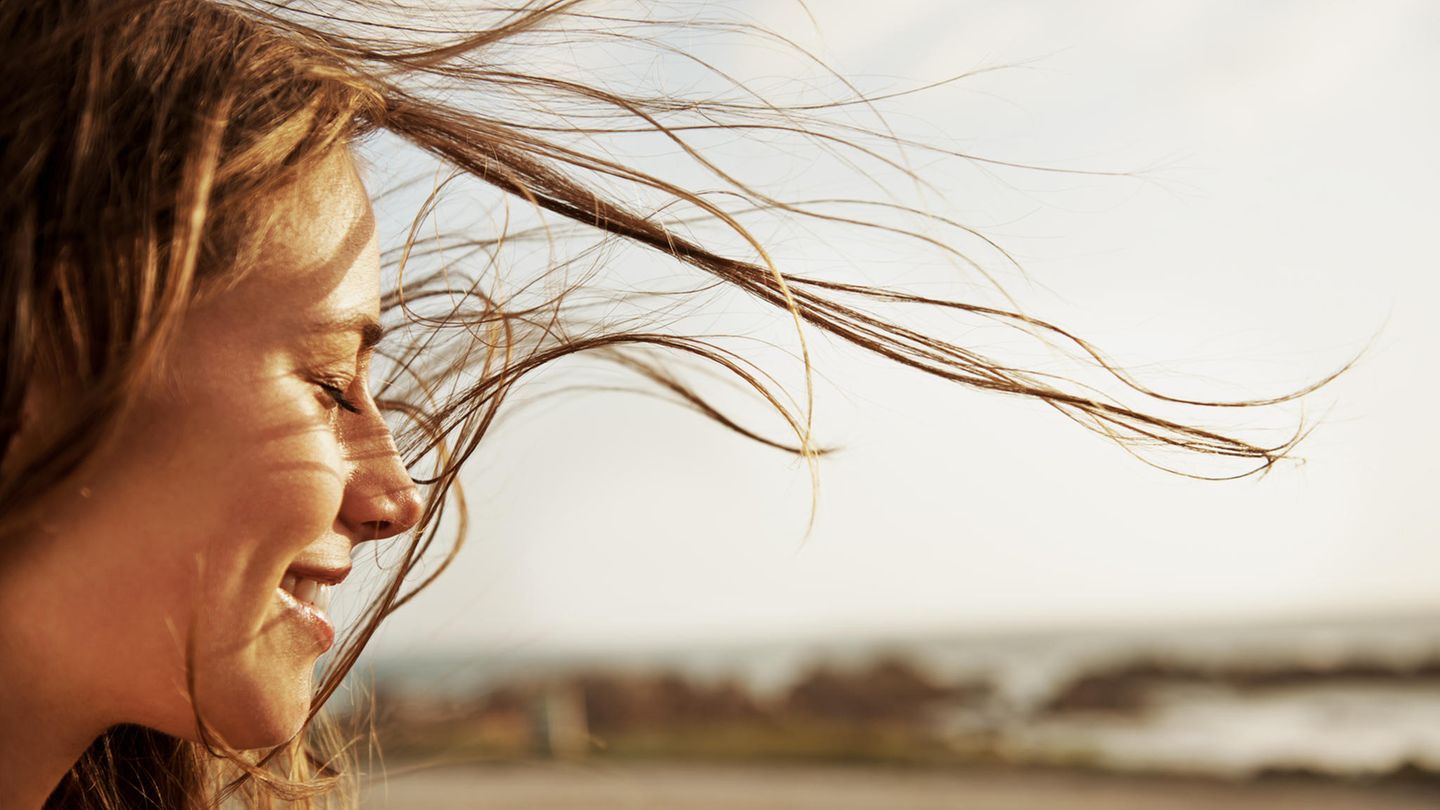 When a relationship breaks up or a friendship ends, we have to let go. A lot of people have a really hard time with that. Couple therapist Dorothea Bergmann has dem star explains why this is so – and how it works anyway.

Letting go is a topic that not only plays a major role in romantic relationships. Why are we having such a hard time with this?

: We humans are naturally geared towards togetherness. We draw a lot of energy from interpersonal relationships and are also dependent to a certain extent on receiving appreciation and love from others. So you can say that we are not made to separate ourselves from other people. That is why we are reluctant to let other people go.

Despite this – or perhaps because of this – you have written a whole book about letting go. Why is the topic so important?

Nowadays, it is rarely the case that couples in love stay together forever or that friendships last a lifetime. So letting go is part of our everyday life, whether we want to or not. Life consists of change, so we have to regularly say goodbye to the old in order to be able to admit the new. Nevertheless, we still associate letting go with failure and are only too happy to hold on to people and ways of life, even if they have not satisfied us for a long time.

Why people often wait a long time to break up

In your book you write about the seven phases of letting go. Where does letting go actually begin?

Just making the decision to let go of someone or something is tremendously difficult, but it is the first step in letting go. Once the decision is made, subconsciously you start to detach. In a love relationship, this is often a phase that the partner doesn’t really notice yet. It’s more of an internal process that most of us prefer to work out with ourselves.

How do I know that I am in such a phase?

This is certainly different for everyone, but if I am unhappy in my relationship, keep thinking about a breakup or feel that my partner no longer sees me, these are certainly the first signs. Oftentimes, internal debates then begin about what makes us unhappy in the relationship because we justify to ourselves why we feel and have these thoughts when we are inherently attached beings who need relationships. This is also the reason why many people wait so long before separating, even though they have long since decided to do so.

Sounds pretty unsatisfying for everyone involved…

Correct. In practice, I keep hearing stories where the children go to their parents and ask who they will live with when they separate. The children sense what is wrong long before the adults address it. Of course you only see a fraction of a love relationship from the outside – but often the gut feeling of friends and acquaintances is right in the end.

And how do I get out of the inner conflict between going or staying?

There is a method in Gestalt therapy in which the individual inner parts that are at odds with each other are consciously allowed to have their say on the subject. This may sound suspicious at first, but it can be very helpful. For example, I can then listen to intuition, reason or fear – all of these facets probably have different perspectives on the decision to break up or stay with the partner. Each of these parts has its merits, but listening to each of them individually often reveals which one to follow. And if it’s the voice that speaks for the breakup, then I encourage you to put your decision into action soon.

So you then advise the relevant client to separate?

I agree. It’s not an easy thing, I realize that. The problem is that breakups are still very negative today. We always associate them with something bad and feel like we are bad people when we detach ourselves from another human being. It feels like failure for many.

Well, a separation is also the end of a joint project, if you will…

Yes, but that has nothing to do with failure. I think this approach is totally wrong. Regardless of whether a friendship or a romantic relationship ends, it certainly had its place. But people and ways of life change over time – and not always in the same direction. Separation is sometimes just the logical consequence.

And yet many people cling to their unhappy relationships. Why?

They often want to avoid uncomfortable feelings of guilt or they are afraid of separation. Then you prefer to keep telling yourself another excuse why the separation is not yet possible. For example, because it’s Christmas, the children haven’t left home yet, or your partner’s birthday is coming up. If you look for reasons, you will find them. Objectively, there is no such thing as the right time to break up. It is actually when you are sure that it is the right decision.

No letting go without pain

Switching sides, how do partners of people who are slowly emotionally distancing themselves but not breaking up fare?

Hope plays a big part in that. People often notice that their partner is turning away from them or that their behavior is changing. But many then do not want to admit it or think they just have to try harder to win their partner over again. This often results in a kind of limbo within the relationship, which is tormenting for both sides.

Suppose there is a breakup. Who usually suffers more?

It’s usually a little bit easier for the person initiating the breakup. This is because she has already dealt with the scenario mentally and emotionally. The other part is often taken by surprise and is immediately faced with a fait accompli. But it is important for me to mention that both partners suffer, just differently.

Anyone who separates from their partner often experiences a phase of euphoria afterwards. After the decision is made and the separation is complete, you feel free and alive. But at some point you might come into the empty apartment and suddenly feel alone and start missing the other person. These are emotions that are completely normal when you let go.

So there’s no letting go without pain?

no You shouldn’t forget that regardless of how long the relationship lasted, you got used to each other and often experienced a lot together. And when the initial stress of the separation is over, the feeling of loneliness often comes up.

When love becomes a drug

You once said you have a problem with the term “leaving” in relation to the end of a romantic relationship. Why?

Language is more powerful than we realize. By speaking of abandoned people, we automatically associate breakups with failure. That always sounds a bit like a mother who abandons her child. But a romantic relationship is about two adults connecting with each other—but neither of them is responsible for the other. So no one can leave anyone. If I no longer feel comfortable in the relationship and it is no longer good for me, then I end it. No more and no less.

How we deal with breakups is very different. While some demonize the ex-partner, others begin to idealize them afterwards. Why is that?

The idealizing phase always comes at some point. There are even biological reasons for this: love works a bit like a drug. If we then no longer have our partner around us all the time as usual, then at some point withdrawal symptoms will set in. So our body starts to have more and more of the drug, i.e. the ex-partner. And the longing increases.

no way. And the only thing that helps here is cold turkey. So a complete loss of contact after the breakup. There are a lot of people trying to stay friends. But every time you have contact with the ex-partner, see him or even hear his voice, you get triggered again. This doesn’t even happen consciously, but it prevents us from really letting go.

What remains after a breakup

And how do I deal with the phases of resentment?

I think they belong and are totally human. What helps best is to talk about it with friends or acquaintances. And then to get out of the victim role. A breakup is rarely due to just one person, mostly both parties have played their part. It’s worth looking at what caused the relationship to fail – so that you don’t make the same mistakes again next time.

Even when there are no more feelings for the other?

It’s always a thing with feelings. Even when love is really gone, a remnant of familiarity or habit remains. And if the contact remains, this part is fed again and again.

In your book you write about letting go as a process. How do I get from the emotional chaos to a new beginning?

After you have felt through the emotions that arise, it is worth reflecting on them with specific questions. Find out what you want and what needs you may not have had in your past relationship. And, of course, what part you yourself contributed to the separation. And then it’s time to get active and get involved in the new phase of life.

Cream help for the back: tips for hard-to-reach places

Ansfelden gets new access to the A1 towards Vienna