Children’s toothpaste in the Ökotest: Five creams belong in the bin 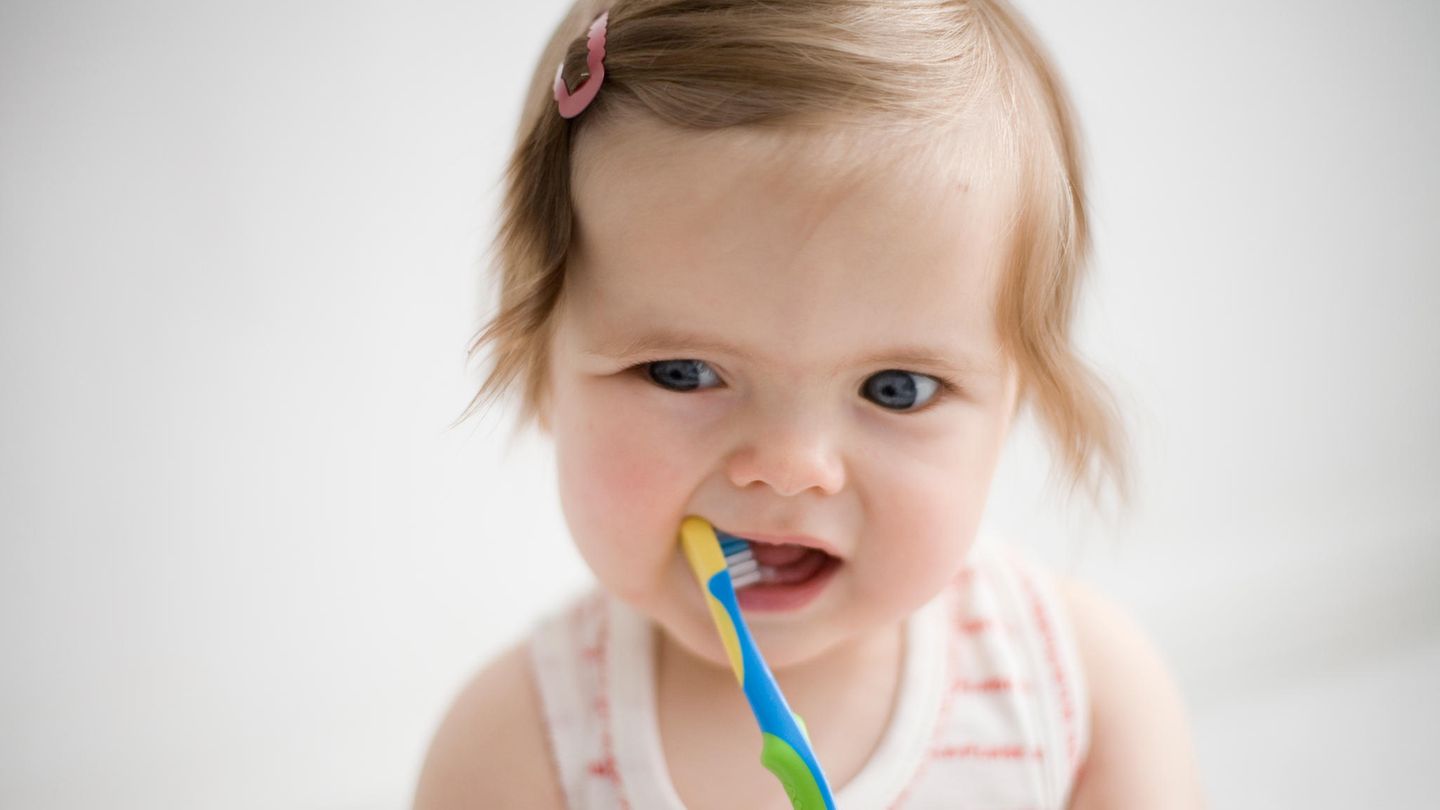 Children’s toothpaste should be flawless. After all, especially at the beginning of the tooth brushing career, it is not uncommon for more cream to be swallowed than spat out. Ökotest has looked into the tubes and takes the manufacturers to court.

Milk teeth or not – everything that scolds teeth should be cleaned. Scrubbing begins in infancy. So-called children’s toothpaste, which is tailored to the needs of the little ones, is then applied to the brush. Parents rely on it. In some cases, however, this is a mistake, as Ökotest found out in its current test. Five products rattle through the test.

The testers examined 24 children’s toothpastes, made for children up to the age of six. This also included seven natural cosmetic products and seven pastes without fluoride. If it was children’s toothpaste with fluoride, Ökotest evaluated it according to the recommendations of the “Healthy into Life” expert network. In addition, the toothpastes were tested for critical ingredients. The result is sobering. Three fifths of the tested products are only satisfactory or worse.

Ökotest found the use of an ingredient that was found in five creams to be “irresponsible”: titanium dioxide. The white dye, which is suspected of damaging genetic material, has now been banned from food. However, the substance is still permitted in cosmetics, including baby and children’s toothpaste. An absurdity, my Ökotest and advises against buying such toothpastes. The tester’s tip: Pay attention to the list of ingredients when buying. Titanium dioxide is usually hidden behind the abbreviation CI77891.

The testers weren’t too pleased about what they found in the tube of the natural cosmetics children’s toothpaste “Ben & Anna Toothpaste Strawberry” from JM Nature. The heavy metal lead was detected in the cream. The manufacturer charges a whopping 3.50 euros for a product that, according to Ökotest, is only “unsatisfactory”. Parents who rely on the brand to make a purchase should reconsider. The cream from Blend-A-Med and also from the competition Odol-Med-3 disappointed. Both failed the test.

Kaufland provides two of the five “very good” children’s toothpastes. The Bevola Kids tooth gel with strawberry-raspberry flavor was convincing in both the standard and natural cosmetic versions. Big differences can only be found in the price: the toothpaste from the natural cosmetics shelf costs almost six times more. 1.73 euros have to be paid for 50 milliliters, the cheaper version is already available for 30 cents. It is the price-performance winner of the comparison.

You can view the entire test for a fee at .