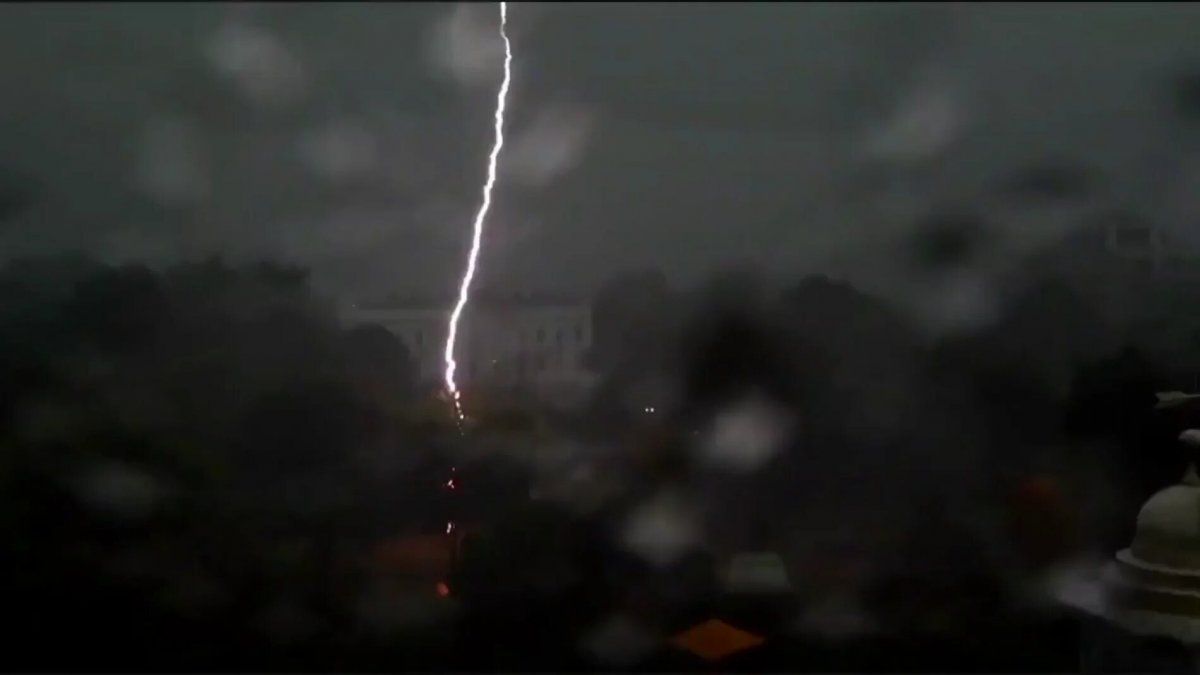 Given the proximity of the park to the seat of the presidency of the United States, members of the secret services were the first to rescue the victims.

Lightning struck all four people near a tree surrounding the White House compound. Twitter users quickly viralized the imageswhere you can see, in a matter of seconds, the impact and the phenomenon that covers part of the area.

After the accident, part of the park remained closed, with emergency services on site. The National Weather Service issued a storm warning for the area last night.

Lafayette Square is a public park directly north of the White House, which is often packed with visitors and tourists, especially in the summer, who want part of the frontage.

Strong storms in the United States were present in different areas. During a trip en route from Tampa Bay, Florida, a person managed to film the exact moment when lightning struck in front of his car.

The footage shows like lightning crosses a van and generates a slight explosion as the other vehicles drive away.

according to the chain foxnews, the family that made up the truck, which was affected, was fine despite the chilling image of lightning striking.