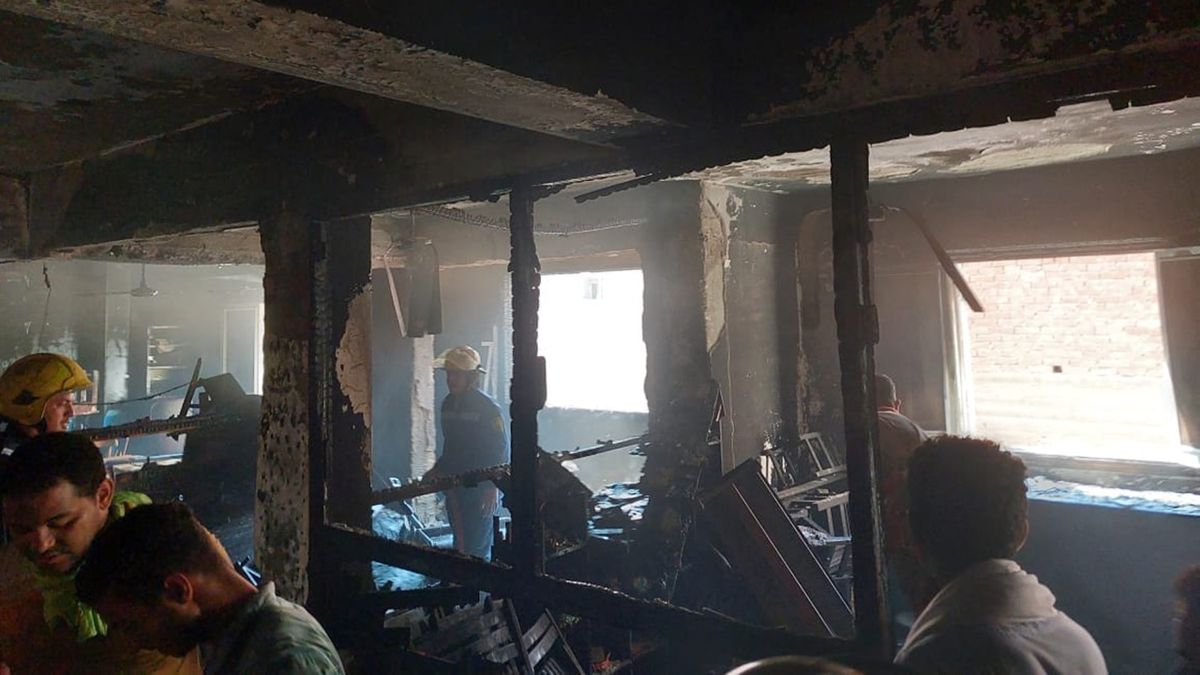 The Egyptian Coptic Church recorded “41 dead and 14 injured” citing “sources in the Ministry of Health”, in a statement published on his Facebook account, replicated by the AFP news agency.

President Abdel Fatah al-Sisi declared on his Facebook page: “I mobilized all state services to ensure that all the measures” required are applied. Earlier, the Egyptian Ministry of Health had indicated that at least 55 people were hospitalized after the fire and the number of dead was being “determined.”

The popular neighborhood of Imbaba is named after Saint Mercury of Caesarea, revered by the Copts, who are the largest Christian community in the Middle East, with between 10 and 15 million faithful in a country of 103 million inhabitants.

In March 2021, at least 20 people were killed in a textile factory fire in the eastern suburbs of Cairo.

The prosecutor’s office announced that it had launched an investigation and sent a team to the scene to establish the causes of the fire, while the Ministry of Health indicated that it had sent several dozen ambulances. Sisi also announced that he had presented “his condolences by telephone” to Coptic Pope Tawadros II, who has headed Egypt’s Christian community since 2012.

Since then, the Coptic Orthodox Church has shown itself more on the political scene, under the leadership of Tawadros II, a proclaimed supporter of Sisi, the first president of Egypt who attends the Coptic Christmas mass every year when his predecessors only sent representatives.

In the great metropolis of Cairo, where millions of Egyptians live in informal neighborhoods, accidental fires are frequent.