businessmen will give their vote to Bolsonaro 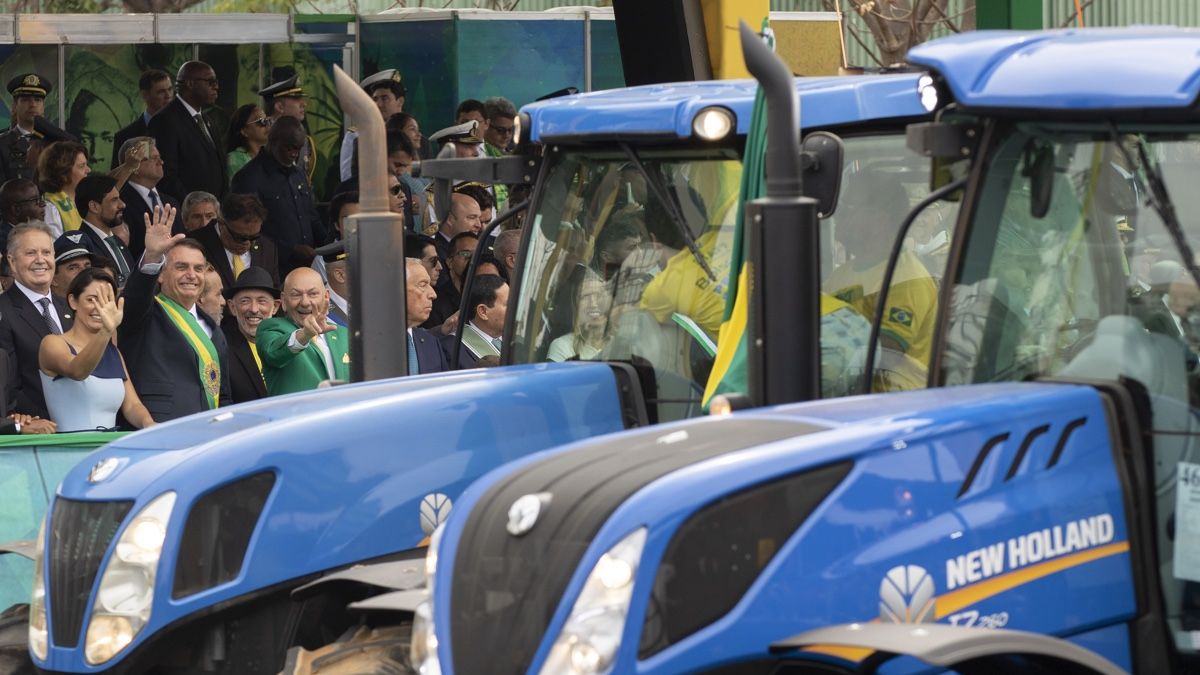 Looking for re-election the ultra-conservative president concentrates 62% of the voting intention of the business communityfar from the 24% of his rival, the former left-wing president, according to a poll by the Datafolha Institute released Thursday.

This preference contradicts that of the electorate in general, where Lula da Silva gathers 47%, with an advantage of 14 percentage points, according to the survey.

Entrepreneurs especially appreciate the advance in the neoliberal agenda of the Bolsonaro government. Led by the Minister of Economy, Paul Guedesthat policy is reflected in privatizations like the electric company Eletrobrasand numerous concessions, such as the one granted in sanitation to the company Waters of the River.

Entrepreneurs also appreciated the pension system reform and the impulse of tax reformpending in Congress.

Support from large and small entrepreneurs

Big businessmen like joao coxmember of the board of directors of several companies, such as clutch, they prefer “a liberal agenda, because private initiative is what generates jobs and drives the economy,”

While small businessmen appreciate that Jair Bolsonaro opposed the closures for the covid-19 pandemicwhich killed more than 685,000 people in Brazil, according to Daniela Campellospecialist in political science from the Getulio Vargas Foundation.

The post-pandemic economic rebound it also works in favor of the president in this sector. The largest Latin American economy grew 4.6% in 2021 after falling in 2020 and the market projects an expansion of 2.65% this year.

The business community also views the alternative to Bolsonaro with suspicion: a 70% reject former president Lula da Silva (2003-2010), according to Datafolha. The concerns refer to “greater economic interventionism and its commitment to workers”, even with promises to review the reform that made some labor rights more flexible in 2017, analyzes Campello.

By sectors, the agribusiness it continues to be the great Bolsonarist bastion. On the Independence Day celebrations, on September 7, a column of tractors participated in the traditional military parade in Brasilia.

In fact, the main private donor of the Bolsonaro campaign (one million reais, USD 195,000) is the grain producer Oscar Cervi.

The sector, which contributes almost 28% of GDP, stands out progress in logistics infrastructure and a good performance despite the pandemic and the war between Russia and Ukraine, says Luiz Carlos Correa Carvalhopresident of the Brazilian Agribusiness Association.

And Bolsonaro’s position against the indigenous claims in the legal dispute over agricultural land, in the hands of the Supreme Federal Court (STF). Lula “made it clear that he supports the invasion of land and even called agriculture ‘right-wing and fascist,’ which is why the producer considers it a threat,” says Correa Carvalho.

Another fear of agriculture is that Lula da Silva decides to impose “export taxes“, following the model of the government of Argentinaadds an anonymous consultant.

But there are also detractors. For example, Louis Stuhlbergera successful businessman, who assured that “never again” will he vote for “psychopath“Jair Bolsonaro.

“Business support is more divided” now than in 2018, explains Christopher Garman, executive director for the Americas at Eurasian Group.

Large business associations, including those of the Automotive industry, chemistry and of foreign tradespoke to AFP “nonpartisan“, after publicly supporting Bolsonaro in the past.

There were also atypical gestures, such as the dissemination of a manifesto in defense of democracy in response to Bolsonaro’s attacks on the electoral system by the Federation of Industries of Sao Paulo (Fiesp) and signed by the Brazilian Federation of Banks (Febraban).

According to Garman, Bolsonaro also lost “credibility due to his fiscal management (increasing spending) and a terrible international reputation for environmental issues.” That, says the analyst, ended up inclining some leaders of multinationals and foreign investors towards Lula.