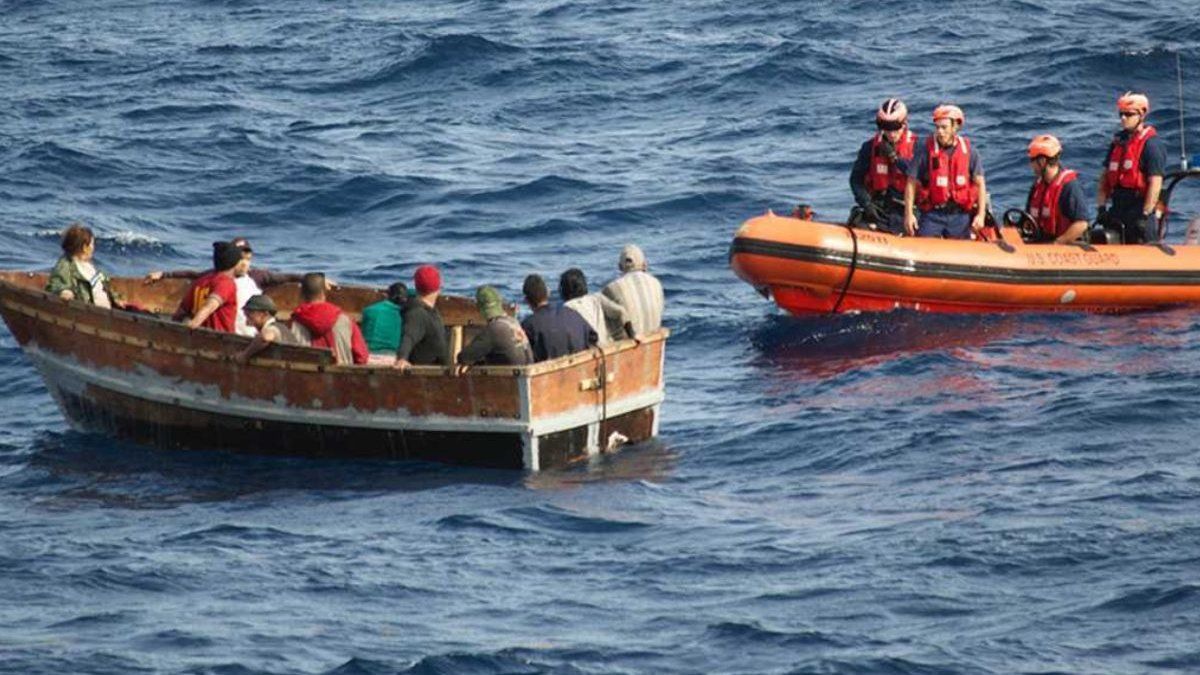 “We’ve seen this before. It’s a natural phenomenon. However, seeing this increase is really worrying because we are seeing more people on unseaworthy boats, putting many of them at very high risk.” of losing their lives,” said Walter SlosarMiami Sector Chief Patrol Agent.

Although the Coast Guard conducts daily operations to stop unidentified boats, the number of Cubans trying to enter the country aboard makeshift boats has increased dramatically during the Covid-19 pandemic and is being seen as a growing trend.

The situation caused national alarms to go off since, according to reports from customs and borders in the United States, there was also a growth in those seeking to enter by land.

“People have arrived with stories of persecution by the government, due to their disagreement to participate in certain events, or because they do not agree with the island’s communist policy,” explained David Clarosdirector of the Immigration Legal Services of the Southeast Region in Church World Service.

A rescue on the high seas

In late August, the Carnival Paradise cruise ship sailing from Tampa, Florida, to Cozumel, Mexico, encountered a barge with six Cuban migrants asking for help on the high seas.

The images that went viral show that the group managed to be rescued while the tourists applauded them and the crew gave them help.

“They had no oars (…). It wasn’t really a ship. It was a piece of furniture, maybe a wardrobe and they made it like a ship”, story Cynthia Zingonione of the passengers who recorded a video of the moment of rescue, in dialogue with CNN.