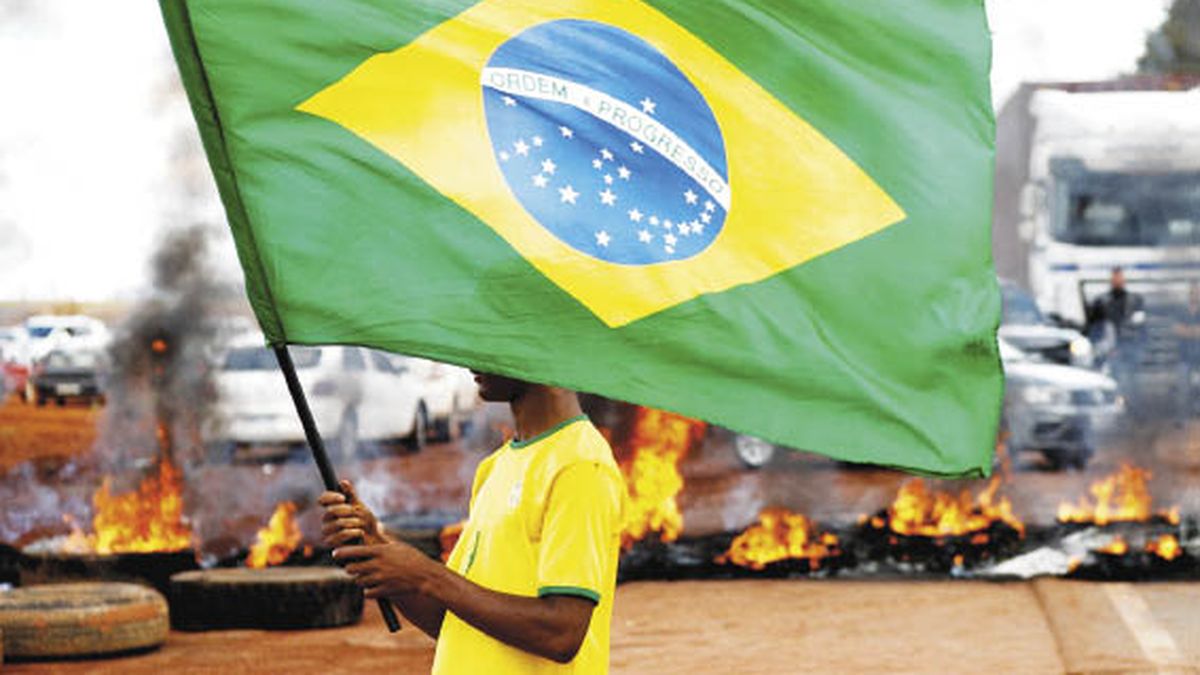 The head of an allied party, Claudio Cajado, had earlier said that Bolsonaro would address the nation yesterday, nearly 24 hours after Brazil’s presidential election was decided.

Lula’s victory marks a brilliant comeback for the 77-year-old former metalworker, who ruled Brazil from 2003 to 2010 but then spent time in prison on corruption convictions that were later overturned.

Bolsonaro spent Monday at the presidential palace without appearing in public. Before the vote, he repeatedly claimed that the electoral system was open to fraud, making it unclear whether Bolsonaro would concede defeat, as Cajado said some advisers were encouraging him to do.

His eldest son, Senator Flavio Bolsonaro, thanked his father’s supporters on Twitter, saying: Let’s raise our heads and not give up on our Brazil! God in charge!”

Meanwhile, truckers sympathetic to the far-right blocked highways and roads in at least 11 Brazilian states to protest Lula’s victory, with some calling for a military coup. The truckers, one of Bolsonaro’s main constituencies, are known for causing economic chaos in the main food exporter, Brazil, when they take these forceful measures.

Faria also said that Bolsonaro is discussing with the country’s attorney general, Bruno Bianco, measures to guarantee the unblocking of the roads.

Some 236 protests had partially or totally blocked roads in 20 Brazilian states as of press time, according to the federal police. The blockades did not immediately halt grain exports.

Bolsonaro is the first sitting president to lose an election, and Lula has vowed to reverse his legacy, including pro-gun policies and weak protection of the Amazon rainforest. Environmentalists, some world leaders and sustainable investors applauded Lula’s victory and his commitment to protect the rainforest and regain Brazil’s leadership on climate change.

In his victory speech Sunday night, Lula vowed to crack down on illegal logging, mining and land grabs that have fueled the increasing destruction of the Amazon rainforest over the past four years under Bolsonaro.

The Supreme Electoral Tribunal (TSE) declared Lula as the next president, with 50.9% of the votes compared to 49.1% for Bolsonaro. The inauguration of Lula, 77, is scheduled for January 1. Lula, who cast the contest as a battle for democracy, vowed to unite a deeply divided country and celebrated what he called his “resurrection.”