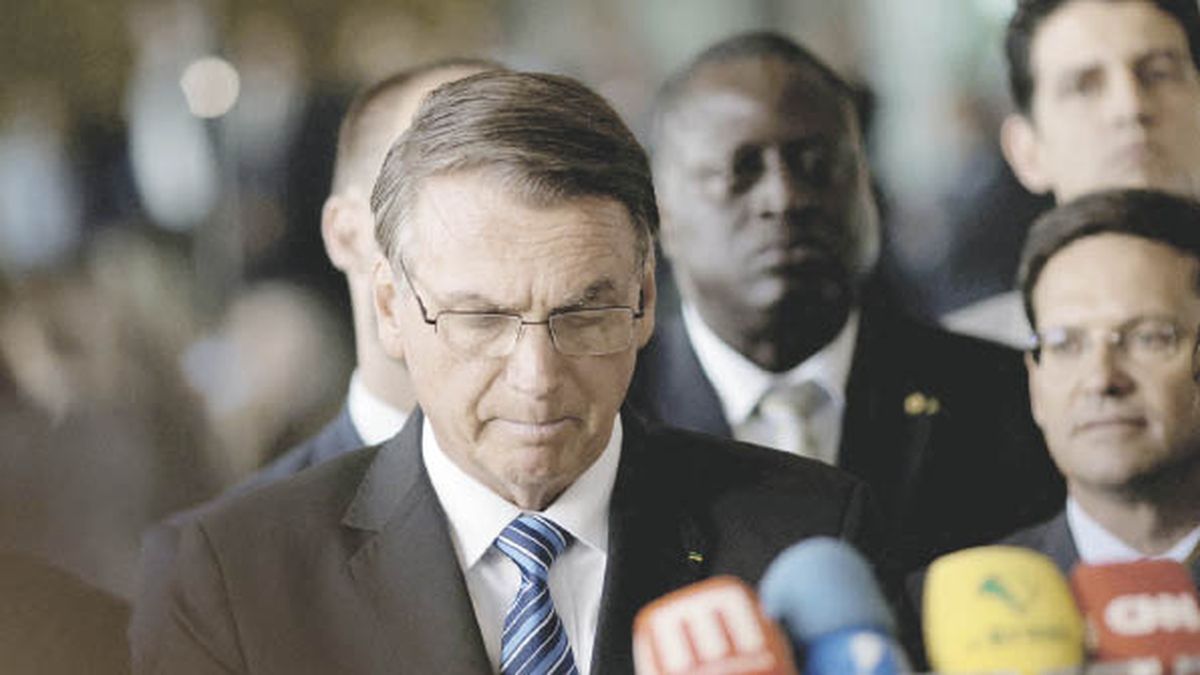 The president “authorized” the beginning of the “transition process” with Lula’s team, his chief of staff, Ciro Nogueira, affirmed after the speech.

Bolsonaro kept the country on edge for two days by remaining silent after losing the ballot by a narrow margin (49.1% of the vote against 50.9% for Lula). The victory of the former trade unionist was recognized by the international community and various allies of the government.

For months, Bolsonaro, 67, questioned the electronic voting system without evidence, raising fears that he would not accept defeat.

The supreme court, guarantor of the Constitution, underlined in a statement the “importance” of Bolsonaro “determining” the beginning of the transition and “recognizing the final result of the elections.”

His statement coincided with the second day of blockades of truck drivers and Bolsonaro protesters throughout the country to protest against the electoral result.

Despite the rejection of sectors opposed to Bolsonarism, the calls to support the roadblocks multiplied on Twitter and in groups of followers of the head of state on Telegram, a digital investigation team from the AFP Agency found.

The Federal Highway Police (PRF) reported about 267 total or partial roadblocks as of midday Tuesday, in at least 22 of Brazil’s 27 states. According to the Minister of Justice and head of the Brazilian Federal Police, Anderson Torres, “about 200 points have already been unlocked.”

“It is a complex operation” with “more than 75,000 kilometers of roads, which requires a large number of personnel and logistics,” Torres said Tuesday during a press conference at the headquarters of his portfolio.

Bolsonaro asked his followers that the protests be “peaceful.” “Peaceful demonstrations will always be welcome, but our methods cannot be the same as those of the left, which always harm the population, such as invasion of property, destruction of heritage, curtailment of the right to come and go,” said the president. He attributed the roadblocks to the “indignation and feeling of injustice” that occurred in the electoral process.

Bolsonaro has repeatedly claimed to have “the entire system” against him, from the judicial system to the press. The far-rightist thanked the 58 million Brazilians who voted for him on Sunday, that is, one out of every two voters.

And he recalled the victory of the conservative side in the legislative elections held on October 2: his Liberal Party will be the majority in the Chamber of Deputies.

This result shows “the strength of our values: God, country, family and freedom.” “The right really emerged in the country,” he said.

Sources on condition of anonymity said Brazilian pork and poultry processors may have to halt slaughter at some production centers starting today if protesters continue to block roads in some states.

For his part, Lula, 77, began to work towards the transition. Geraldo Alckmin, his running mate and former Sao Paulo governor, will be in charge of coordinating this process with the outgoing administration, Lula’s Workers’ Party (PT) announced on Tuesday.

Alckmin had the first high-level contact with the government on Monday, when he met by telephone with current Vice President Hamilton Mourao.

At the international level, the president-elect will attend the COP27 climate conference, to be held in Egypt, according to the party.

The Egyptian president, Abdel Fatah al Sisi, invited Lula to the climate event in Sharm el Sheikh, which will bring together more than 90 countries between November 6 and 18.

Lula has promised to combat deforestation in the Amazon, which skyrocketed during the tenure of Bolsonaro, a skeptic of global warming. The leftist will take over his duties as president of Brazil on January 1.

On the other hand, Lula will negotiate in the coming weeks an increase in public spending by 2023 that could exceed 200 billion reais ($39 billion), said his former finance minister and close aide Guido Mantega.

Mantega said the government would have to exempt at least 120 billion reais of new spending from a constitutional spending cap to fulfill campaign promises, such as more generous welfare programs. Mantega also warned of a potential federal revenue shortfall next year if the economy expands less than the 2.5% GDP growth projected in the budget bill. “If you look at market projections, the way things are going, growth would be 0.5%. If the economy grows by 0.5%, the expected income will not be obtained. Also, inflation will be lower, and we know that inflation helps tax revenues,” he said.