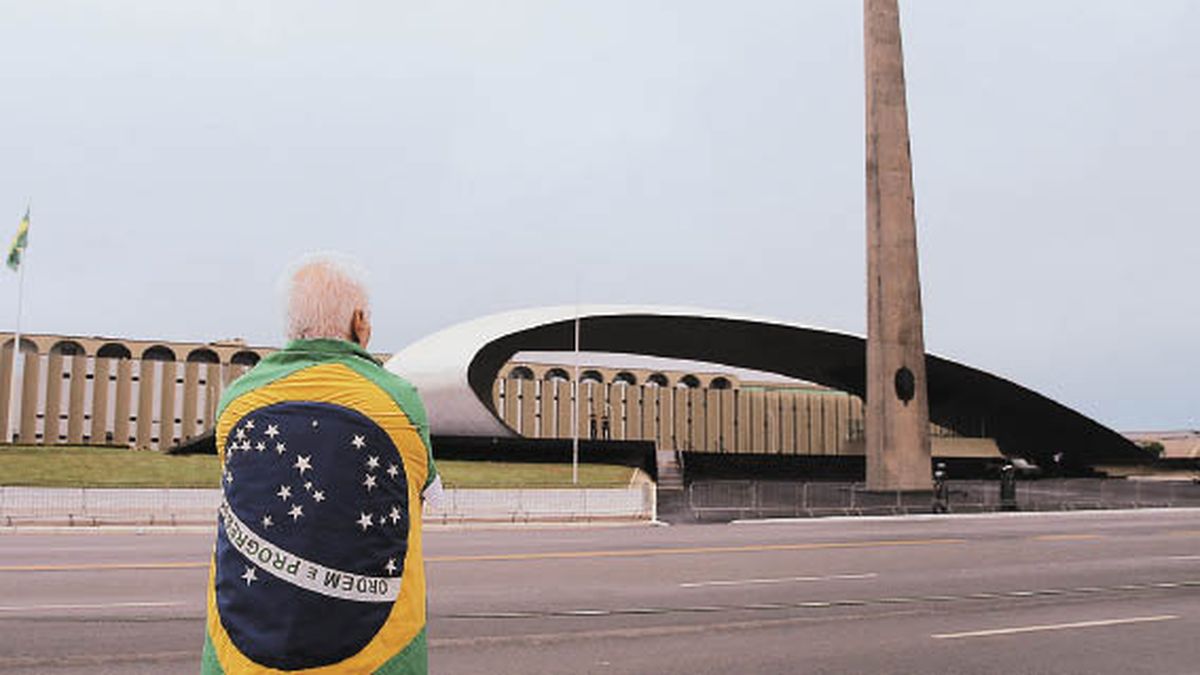 “It was positive. The president invited me to go to his cabinet, and reiterated the government’s willingness to pass on all the information so that there is a transition guided by the public interest,” Alckmin told reporters. “The transition has already begun”, he had said before after the meeting with Nogueira.

Alckmin’s words seem to defuse the uncertainty caused in Brazil by the president’s two-day silence and the road blockades that his followers, furious at Lula’s victory, have maintained since Sunday.

The transition team will be defined in the coming days by Lula, 77, who is taking a break after months of intense campaigning, the vice president-elect said.

It may include up to 50 employees and will work for the next two months in the offices of the Banco do Brasil Cultural Center, in the Brazilian capital.

The meetings in the Planalto were also attended by the head of the Workers’ Party (PT), Gleisi Hoffman, and the coordinator of Lula’s government program, Aloizio Mercadante.

Alckmin also met with members of the budget control office and with the rapporteur for the budget in the Senate, with the aim of seeking ways to include Lula’s campaign promises on social issues in 2023 spending.

The leftist leader will have to face headwinds in Congress: the conservatives obtained notable results in the October legislative elections and Bolsonaro’s Liberal Party (PL) will be the main force in both chambers.

After the narrow victory of Lula, who already governed the country between 2003 and 2010, Bolsonaro supporters have blocked roads throughout the country since Sunday, causing problems with the transport of goods and travel.

On Wednesday, thousands of Bolsonaristas gathered in front of barracks in the main cities of Brazil to demand a military intervention.

In Rio de Janeiro, just a few dozen people remained outside a military barracks yesterday morning, some of them after spending the night in tents.

“I think we are going to have a communist dictatorship” under Lula, said Jessica dos Santos Ferreira, 31. “He is a thief, he is not an example for my 11-year-old son,” she added, this entrepreneur willing to stay in place until the alleged military intervention arrives. “This is our last chance!” a man yelled at the crowd asking them not to give in.

Road authorities reported that there were 34 partial or total blockades – up from more than 250 on Tuesday – after Bolsonaro, who has not openly acknowledged his electoral setback, called on his supporters to end those actions.

Alckmin, a centrist who was governor of Sao Paulo, strongly denounced the blockades, pointing out that they can compromise “people’s health, the supply of hospitals” and bring “harm” to the economy. “The right to circulate is sacred.”

Likewise, the president of the electoral authority, Alexandre de Moraes, denounced the roadblocks and indicated that those who “are practicing anti-democratic acts will be treated as criminals.” “There is no way to protest against a democratically disclosed result with illegal, anti-democratic and criminal demonstrations,” he stated.

Some cases generated controversy, such as a viralized video showing Bolsonarists supposedly giving a Nazi salute during a protest against Lula’s victory in Santa Catarina (south).

The video – which has racked up some two million views on social media since Tuesday – drew condemnation from the German and Israeli embassies. However, an investigation by the Public Ministry of Santa Catarina preliminarily established that “there is no evidence” that it was an act of apology for Nazism.

Share
Facebook
Twitter
Pinterest
WhatsApp
Linkedin
ReddIt
Tumblr
Telegram
VK
Digg
LINE
Viber
Previous article
Nike got into the top 10 of the most valuable brands in the world: it is worth US $ 50,289 M
Next article
IW Cologne: Gas price brakes would also greatly relieve the wealthy