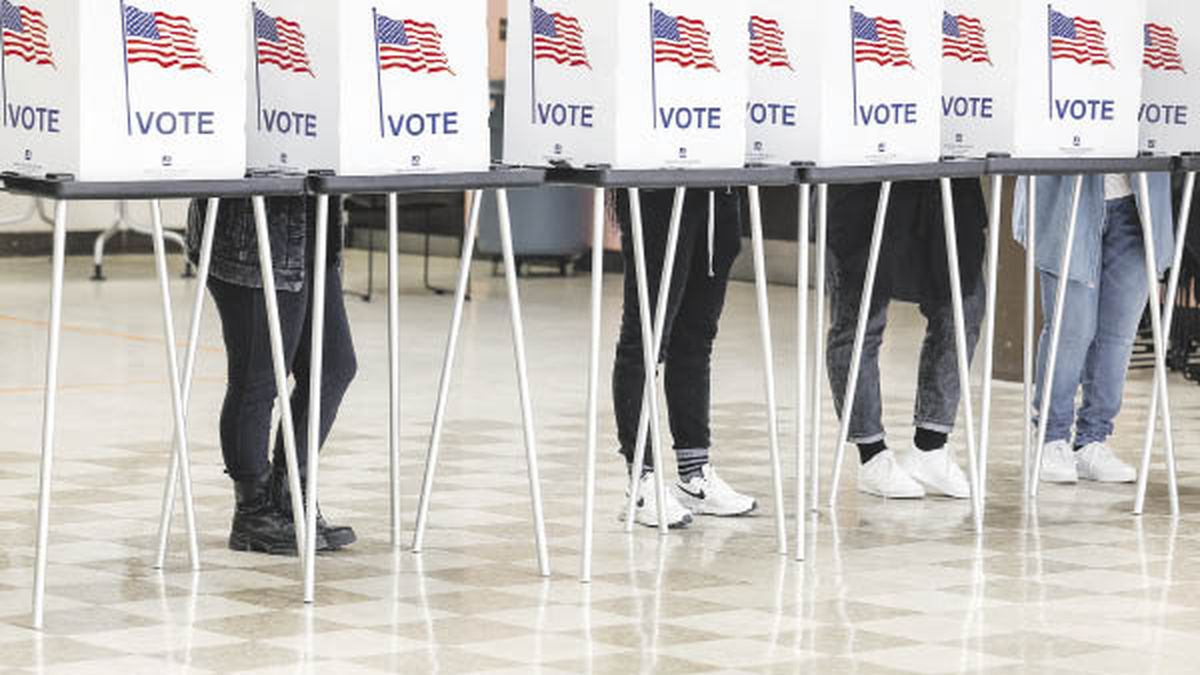 Rampant inflation puts 79-year-old President Joe Biden at risk of losing control of the House and Senate in these often unfavorable midterm elections for the ruling party.

His predecessor, Donald Trump, who supports many of the Republican candidates, instead hopes that the party emerges to launch himself in the presidential race. On Monday he teased at a rally that he will make “a big announcement” on November 15.

The 76-year-old tycoon wants to get ahead of possible Republican rivals and hinder investigations into his alleged role in the assault on Capitol Hill or the way he managed the White House files.

In the meantime, “I think we’re going to have a great night,” he added confidently.

Shortly after, he resumed the refrain that he has been repeating since 2020, fueling doubts about the reliability of voting operations. He stressed that some machines did not work well in one Arizona constituency.

“Voting machines are not working properly in predominantly Republican/Conservative areas,” he said. “Is the same thing happening with voter fraud as what happened in 2020?” she posted on her Truth Social platform.

The local authorities recognized the problem but assured that they gave other options to vote.

Up for grabs in these elections are seats in the entire House of Representatives, a third of the Senate, and a number of gubernatorial and local positions. Dozens of referendums are also held, mainly on the right to abortion.

Each field has dramatized the central issues of these elections: the Democrats posed as defenders of democracy and the right to abortion, compared to the Republicans, considered “extremists”.

And the conservatives acted as guarantors of order against a so-called “loose and radical” left on security and immigration.

But inflation has superseded the rest of the issues in recent weeks, making Republicans more confident than ever in their chances of defeating Biden at the polls, whom they blame for rising prices. But in the southern town of McAllen, where more than 80% of the population is Latino, the greatest concern is knowing what the authorities will do in the face of the growing migration that overflows its borders.

“They have broken the immigration system. The United States has suffered a silent invasion by eleven million undocumented immigrants,” says Francisco Cabral, a worker of Mexican ancestors born and raised in the United States and openly Republican.

Biden tried to avoid the punishment vote by presenting himself as “the president of the middle class”, insisting that he reduced student debt, protected healthcare and invested in infrastructure and the climate, but his efforts do not seem to have paid off.

According to the most recent polls, the Republican opposition has a chance of winning at least 10 to 25 seats in the lower house, more than enough to have a majority.

Deprived of a majority, the president would be paralyzed. The Republicans have advanced that they will not forgive him and plan to open investigations in the House of Representatives on the affairs of his son Hunter or some of his ministers.

Specifically, the midterm elections are played in a handful of key states, the same as in the 2020 presidential elections.

All the spotlights are on Pennsylvania, a former steel industry stronghold, where millionaire Republican surgeon Mehmet Oz, backed by Donald Trump, is up against small-town Democratic former mayor John Fetterman for the most contested seat in the Senate. Because the balance of power in the upper house, with immense power, very possibly depends on this seat.

As in 2020, Georgia was also in the spotlight. Democrat Raphael Warnock, the first black senator elected in this southern state with a strong segregationist past, is trying to be re-elected against Herschel Walker, a former black athlete, backed by the former president. Arizona, Ohio, Nevada, Wisconsin and North Carolina are also the scene of fights between the Democrats and Donald Trump’s candidates, who swear absolute loyalty to the former White House occupant.

Some duels at the blow of hundreds of millions of dollars that turned these elections into
e half term in the most expensive in the history of the United States.

Share
Facebook
Twitter
Pinterest
WhatsApp
Linkedin
ReddIt
Tumblr
Telegram
VK
Digg
LINE
Viber
Previous article
Monotax for technology professionals: a measure that extends rights among knowledge exporters
Next article
Due to the devaluation of the yuan, gross reserves fell US$2,457 million in 2022 (does not affect goal)