set Florida on the right and now threatens Trump 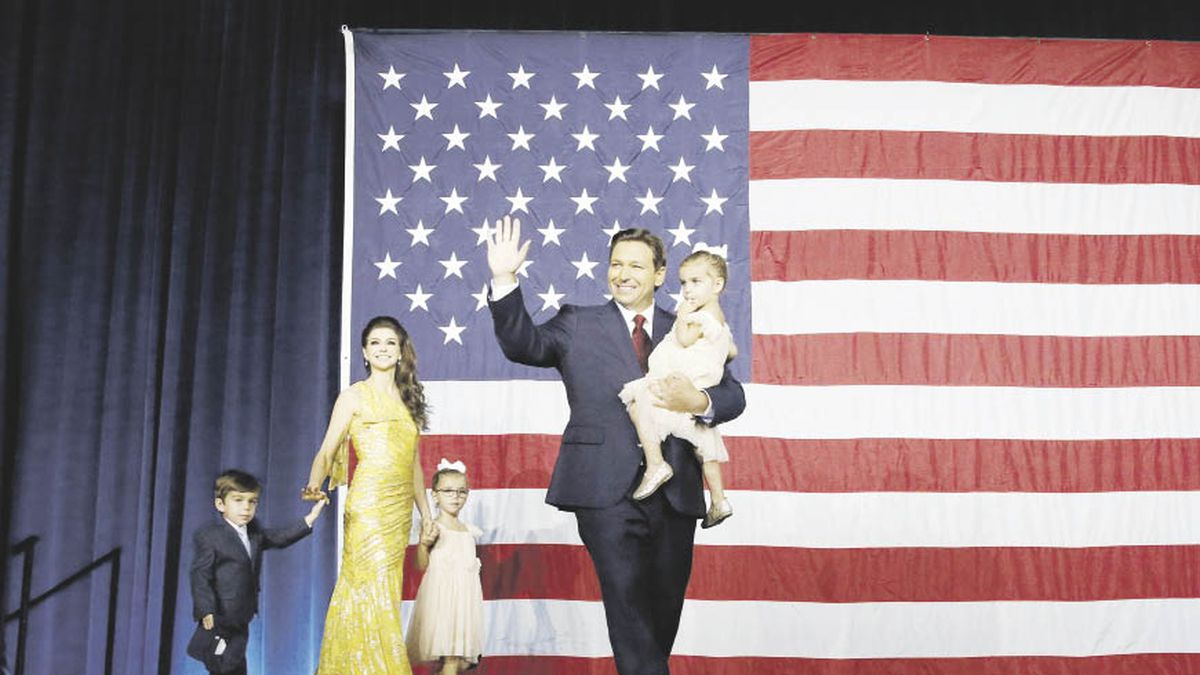 “I believe that the survival of the American experiment necessitates a resurrection of true American principles. Florida shows it can be done,” he added to cheers. He did so without once mentioning Trump, who, by endorsing him, gave him a huge boost in the 2018 gubernatorial race.

On Tuesday night, the former president gave a brief speech in which he hailed some Republican victories, but was careful not to mention who is already seen as his strongest rival.

On Monday, he had estimated that if Ron DeSantis opted to enter the nomination race, he would make “a mistake.” “I don’t think the base likes it. I don’t think he’s good for the game,” he said.

The very clear victory of DeSantis also confirms a strong anchorage to the right in Florida, considered for a long time an undecided or hinge state, that is, one of those that oscillates between Democrats and Republicans and are key in the elections. The governor was not wrong: “Not only did we win the elections; we redraw the political map”, he said, thanking a “historic” victory.

Unthinkable a few years ago, DeSantis won the Hispanic-majority county of Miami-Dade, where no Republican gubernatorial candidate had been victorious in twenty years. This is something that should concern Democrats, since while Hispanics traditionally vote for the left, they are increasingly drawn to the other camp.

Many people in the communities of Cuban and Venezuelan origin are sensitive to the anti-socialist discourse of the Republicans. In addition, the way in which DeSantis handled the covid-19 pandemic may also have been instrumental in his victory.

The governor, who opposed vaccination requirements and the use of masks, allowed Florida businesses and schools to reopen much earlier than in the rest of the country.

He recently caused controversy by claiming the sending of migrant planes to Martha’s Vineyard, an island in the northeastern United States frequented by the wealthy, a political gesture aimed at the right.

It is also one of the voices of the “cultural wars” that divide the country. He is very committed to educational issues. This year he signed a law that prohibits the teaching of subjects related to sexual orientation or gender identity in primary schools.

In recent days, his wife Casey DeSantis tweeted a video that caused a lot of talk. In the short black-and-white clip, her husband appears as invested with a divine mission.