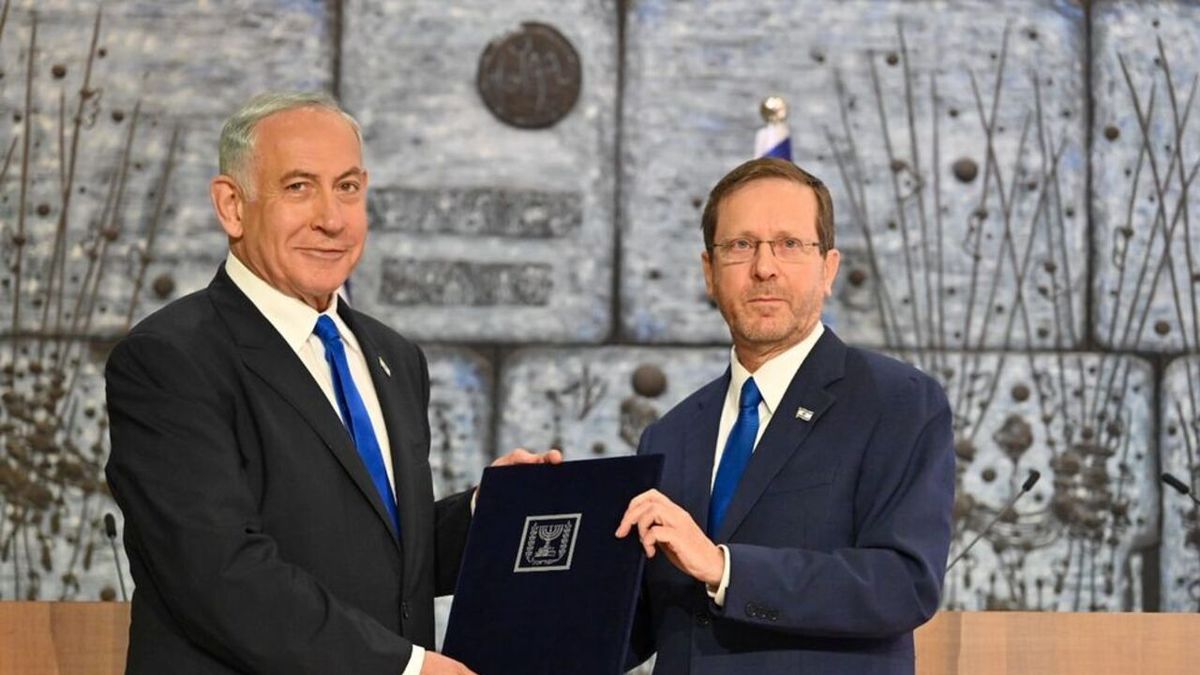 Benjamin Netanyahu, who led Israel’s legislative elections alongside his far-right allies, was officially given the mandate to form a government on Sunday, a victory for the former prime minister who had vowed to return to office.

His government could be the most right-wing in the country’s history, which arouses fear both domestically and internationally.

A few days ago, the majority of deputies, 64 of the 120 in Parliament elected on November 1, recommended to President Isaac Herzog that he give Netanyahu the mandate to form a cabinet.

“I will be the prime minister of all, of those who voted for us and of the others. It is my responsibility,” said Netanyahu, 73.

In June 2021, it was the outgoing prime minister, the centrist Yair Lapid, who ousted Netanyahu from power, with a widely disparate coalition of parties from the right, centre, left and Arab, coming together to end the prime minister’s reign. most perennial in the history of Israel, in office from 1996 to 1999 and from 2009 to 2021.

Netanyahu is indicted for corruption in a series of cases and his trial is ongoing.

After his failure in the March 2021 legislative elections, Netanyahu, known as “Bibi” and relegated to opposition leader, he promised to “overthrow the government at the earliest opportunity.”

The leader of the right-wing Likud party will have 28 days to form his cabinet, but can be given an additional 14 days if necessary.

After the announcement of the results of the elections on November 1, the fifth in three and a half years, Netanyahu entered into discussions with his allies to distribute the ministerial portfolios.

The Likud won 32 seats in the Knesset (Israeli Parliament), its ultra-Orthodox allies 18 and the Religious Zionism alliance 14, a record for the extreme right. This combination suggests that this government could be the most to the right in the country’s history.

Among the ultra-Orthodox, the head of the Sephardic Shass party, Arieh Dery, protected by his 11 seats, would like Finance or the Interior, according to the press. Dery was found guilty of fraud in 2021 and previously jailed for corruption.

Religious Zionism wants the Defense Ministry for its boss, Betzalel Smotrich, while number two, Itamar Ben Gvir, would like the Interior Security portfolio.

According to the Israeli press, President Herzog, whose role is symbolic, would have tried to convince Yair Lapid and Defense Minister Benny Gantz, Netanyahu’s rivals, to form a union government with him to prevent controversial figures such as the entry into the executive Ben Gvir.

The president denied this information. But during his interview with this far-right leader on Thursday, Herzog told him he received “questions from Israeli citizens and world leaders (…) about sensitive human rights issues.”

“There is a certain image of you and your party that seems, and I’m telling you in all honesty, worrying in many ways,” Herzog told MP Ben Gvir, known for his anti-Arab rants.

After the last elections in Israel, several Western countries, including the United States, called for “tolerance” and respect for “minority groups.”

On the Palestinian side, the results were viewed with fatalism. Prime Minister Mohammed Shtayyeh stated that he “had no illusions that the Israeli elections would lead to a partnership for peace.”