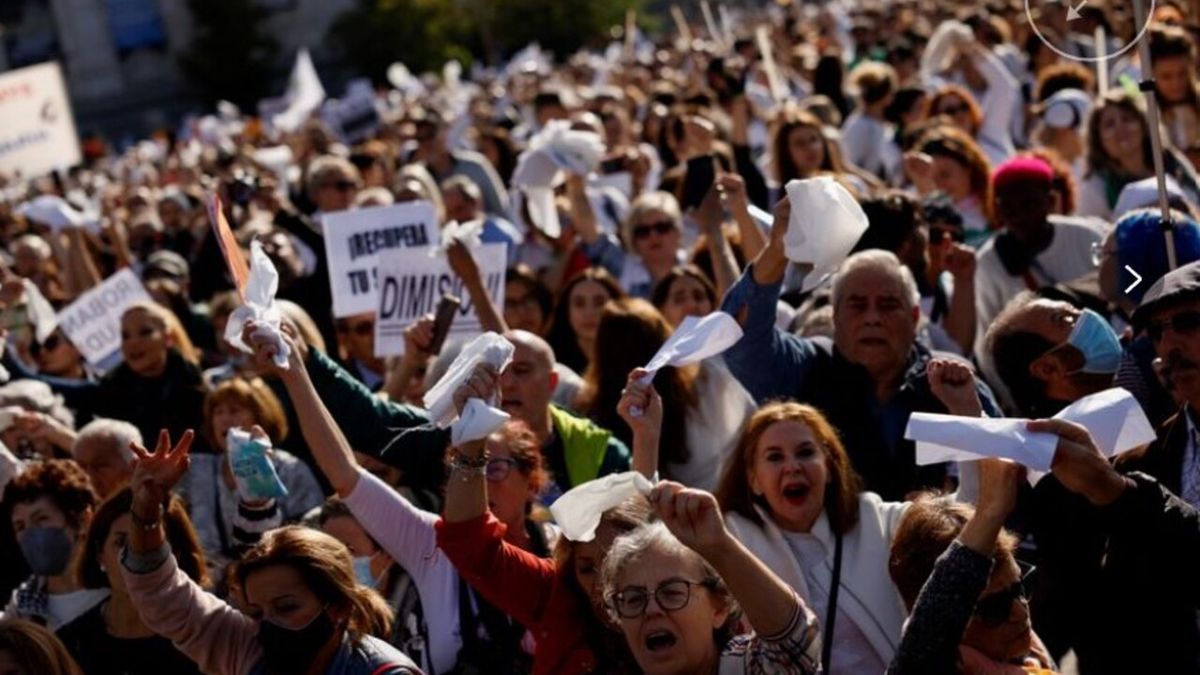 A spokesman for the conservative regional government estimated the protesters at “200,000”, but the organizers of the mobilization multiplied that figure by more than three, raising it to 650,000 protesters.

The march, in defense of “100% public, universal and quality healthcare”, was called by unions and different social groups, against the health policy of the regional government of Isabel Díaz Ayuso, of the Popular Party (PP, right).

The manifesto of the protest, orne of the most massive in Madrid in recent years, alleges that “we are not only defending the right to public health but also the right to a more just and democratic society”.

“Health for all, your health should not depend on your wallet” could be read on one of the protesters’ banners. “Health is not sold, it is defended” was read on other posters of the mobilization.

Díaz Ayuso, one of the emerging figures of the PP who obtained an absolute majority in the Madrid regional elections in May 2021, announced that he wants to promote video consultations and telemedicine, in addition to promoting the role of nurses to solve health problems in the Madrid region, the richest in Spain.

According to the unions, primary care in the Madrid region has been under great pressure for years, due to a lack of resources and poor management.

The demonstration comes before a strike announced for November 21, by 5,000 doctors, especially paediatricians, protesting against the “overload of work”, the endless list of medical visits, and “insufficient time spent with their patients”.

The Minister of the Presidency, Félix Bolaños, assured that “the (central) Government is on the side of the health workers and with the protesters who ask for quality public health, prestige and that guarantees the right to health for all, regardless of income that they have”

“That our lives depend on it,” he added.

Bolaños criticized that the region of “Madrid is the one that invests the least in healthcare per inhabitant. The national average is EUR 1,700 per inhabitant, and in Madrid it is EUR 1,300 and it is the autonomous community with the fewest doctors and nurses per inhabitant.”

Mónica also denounced the “disastrous management” of the health of the Popular Party of Madrid.

For her part, Monica García, from the leftist party Mas Madrid, assured that what “they are doing is an unprecedented disaster”, referring to the health policy of the regional government of Díaz Ayuso.