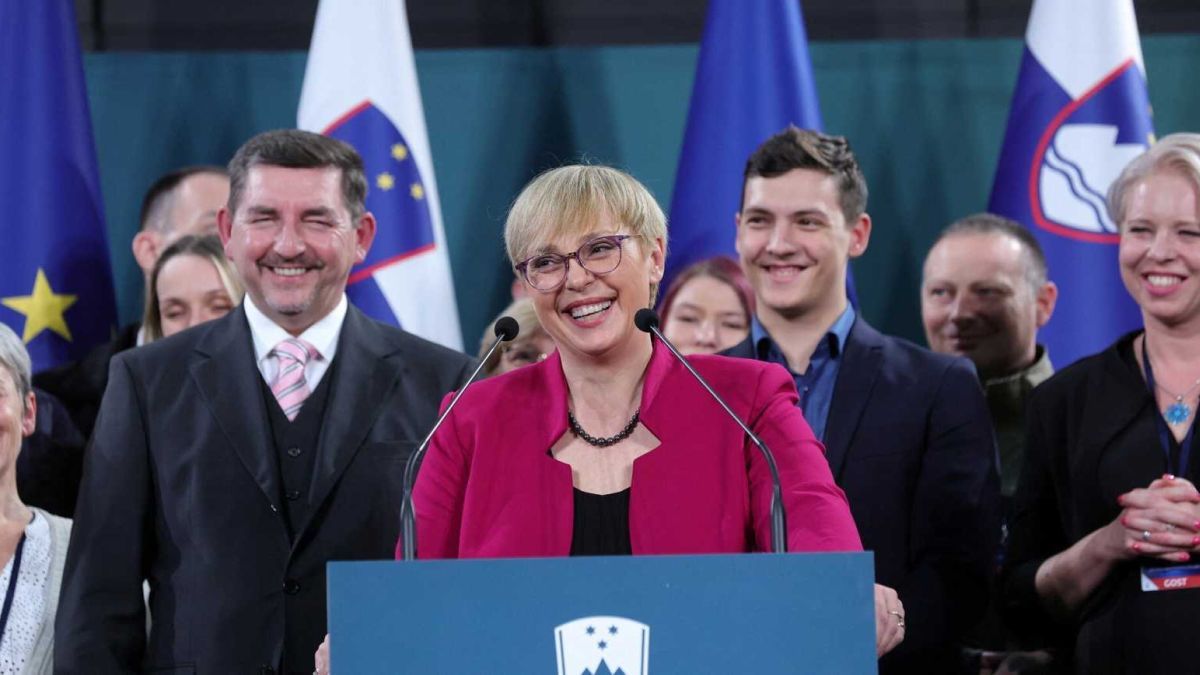 The position of president in Slovenia is essentially protocol, since he is not the head of the government.

The progressive Nataša Pirc Musar will be the first woman to lead Slovenia, after defeating the right-wing Ane Logar.

Musar was supported by the Pirate Party and the European Youth-Greens, receiving the support of the Social Democrats and the progressive Libertad in the second round. https://t.co/DRWulZKOtg pic.twitter.com/rIFM57cW17

Pirc Musar was chosen with 53.97% of the votesaccording to data from the Electoral Commission cited by public television RTV Only.

The first woman to hold the head of state is 54 years old, was head of the Slovenian data protection authority and is known for representing the interests of the former US First Lady Melania Trump, Originally from Slovenia.

Logar, a former foreign minister who won the first round on October 23 and one of the leading figures in the Slovenian Democratic Party (SDS)obtained 46% of the votes, according to the AFP news agency.

In a country divided after Khansa’s tenure, Pirc Musar called for “unity” and to put “disputes” aside.

“My first action will be to invite all the leaders of the political parties to the presidential palace,” he said in Ljubljana.the capital.

For his part, Logar already “sincerely” congratulated Pirc Musar and was sure that she will be the president of all Slovenians.

He thanked the votes received and called for unity and cooperation, according to the Europa Press agency.

Slovenia, with two million inhabitants, was part of Yugoslavia and has been a member of the European Union (EU) since 2004.

The winner of the elections will succeed Borut Pahor, 58who failed to run for re-election after two five-year terms and was criticized for his passive attitude towards Jansa.

During the campaign, the candidate, who defines herself as a “liberal”, stressed her desire to give more content to this essentially protocol post.

“The president cannot be neutral, he has to have an opinion,” be “a moral authority,” he said between the first and second rounds. “I’ve never been afraid to make my voice heard,” she added.

Pirc Musar was also the head of the Slovenian Information Watchdog and has campaigned for LGBTQ rights.

In his law practice, Pirc Musar, defended Melania Trump when she sued a newspaper in a defamation case that was settled for an undisclosed amount.

Also he was part of the team hired to protect the legal and trademark interests of the former first lady of the United States.

the victory of Pirc Moussar it continues the unbroken string of presidential victories for left-wing candidates dating back to the formation of the Balkan state in 1991.

It also represents a reinforcement for the prime minister Robert Golob, who came to power after this year’s general election vowing to reverse sweeping changes pushed by Jansa, who has given his allies greater influence in the courts and state media.

The presidential inauguration is scheduled for December 22.

While the president is commander-in-chief of the army and nominates constitutional judges, central bank governors and high-ranking diplomats, the role is largely ceremonial.

Most decisions are ultimately taken by the prime minister and his cabinet and approved by parliament.