Encouraged by the Democratic victory in the Senate, Biden seeks to make an impact on Trump’s launch 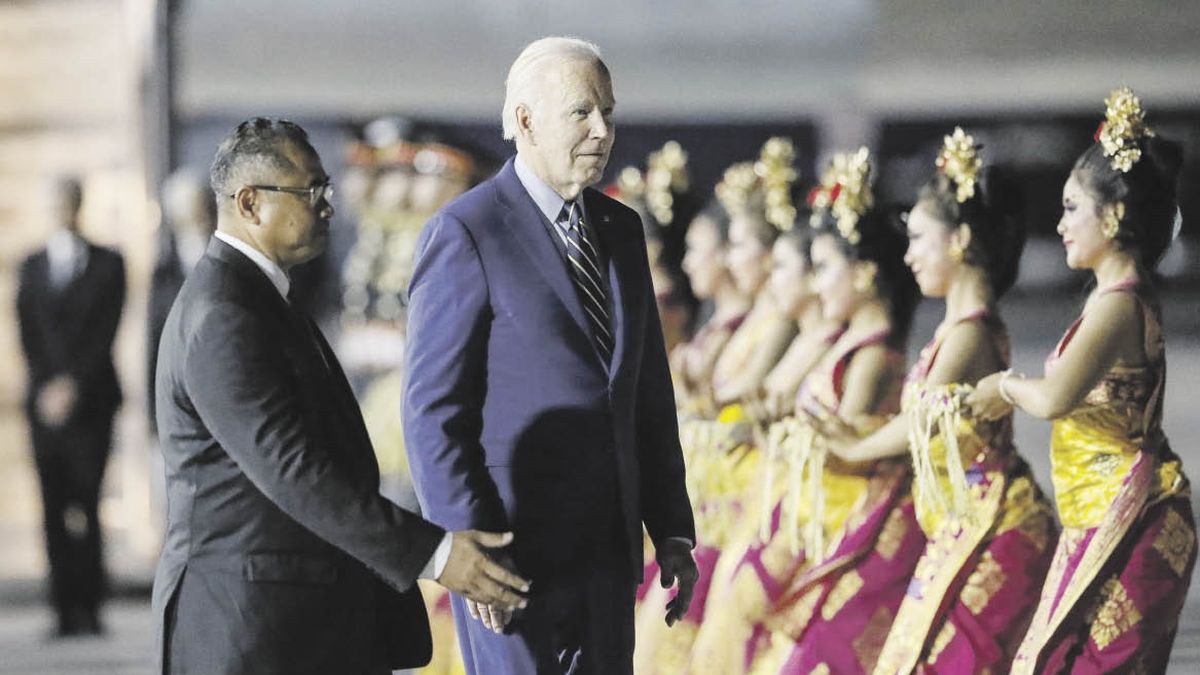 What’s more: Democrats could still win the seat in Georgia, where there will be a runoff on December 6.

Biden celebrated the result from Phnom Penh, Cambodia, where he arrived yesterday to attend an Association of Southeast Asian Nations (ASEAN) summit. “I feel good and with expectations for the next two years,” he said, assuring that the result allows him to arrive “stronger” at the meeting that he will hold today with his Chinese counterpart, Xi Jinping, within the framework of the summit of the Group of 20 (G20) in Bali, Indonesia.

The Republican Party “must decide what it is,” Trump said as Trump’s populist leadership is called into question after Tuesday’s election results.

“We have a majority” in the Senate and “now our focus is on Georgia,” he enthused. “I am not surprised by the participation (of the citizens). I am very happy because I think it reflects the quality of our candidates, ”he indicated.

The Republicans are already resigned to the fact that the predicted “red wave” was a fiasco and hope to confirm their majority in the House of Representatives, something that is not yet assured and that, if it materializes, they would use to launch investigations against the Biden administration. Still, without the Senate, the opposition will be unable to pass anti-government laws or block appointments of judges, ambassadors and key officials.

Trump is scheduled to announce this week that he will seek to return to the White House in 2024, his adviser Jason Miller said.

In recent days, the former president, who will be 78 when the next election is held, had hinted at that possibility and campaigned for Republican candidates. The expected date for the “very important announcement” is November 15.

“President Trump is going to announce Tuesday that he is running for president,” Miller told Steve Bannon, another former Trump adviser, on his popular “War Room” podcast.

According to analysts, Trump’s early entry into the electoral race could aim to avoid possible criminal charges for having taken confidential documents from the White House, for having tried to ignore the result of the 2020 elections and for having promoted the attack on Congress.

He would also try to take the spotlight off his potential main challenger for the Republican presidential nomination, Florida Gov. Ron DeSantis, a rising star for Republicans after handily winning re-election on Tuesday.

Trump’s candidacy would be his third run for the presidency, after losing to Biden in 2020. Following that loss, the Republican mogul promoted unsubstantiated claims of fraud, some of which led to an unprecedented riot on January 6, 2021 at the Capitol in Washington.

Although more than 100 Republican candidates who challenged the results of the 2020 presidential election won their respective races, some of Trump’s favorites lost key seats to Democrats.

Trump hoped to ride a “red wave” that would set him up for another presidential run. But the “Grand Old Party”, or GOP, did not live up to his expectations.

In the mid-term elections, all 435 seats in the House of Representatives and a third of the 100-member Senate are renewed, and several governorships and local offices are elected.

In parallel, Trump’s lawyers challenged on Friday a subpoena by the special committee of the US Congress investigating the attack on the Capitol on January 6, 2021. They argued that the former president had “absolute immunity” and that he will not testify this week.

The subpoena is “invalid, unlawful and unenforceable,” lawyers in the lawsuit said, arguing that Trump continues to enjoy so-called executive privilege nearly 22 months after leaving office, and cannot be compelled by Congress to appear.