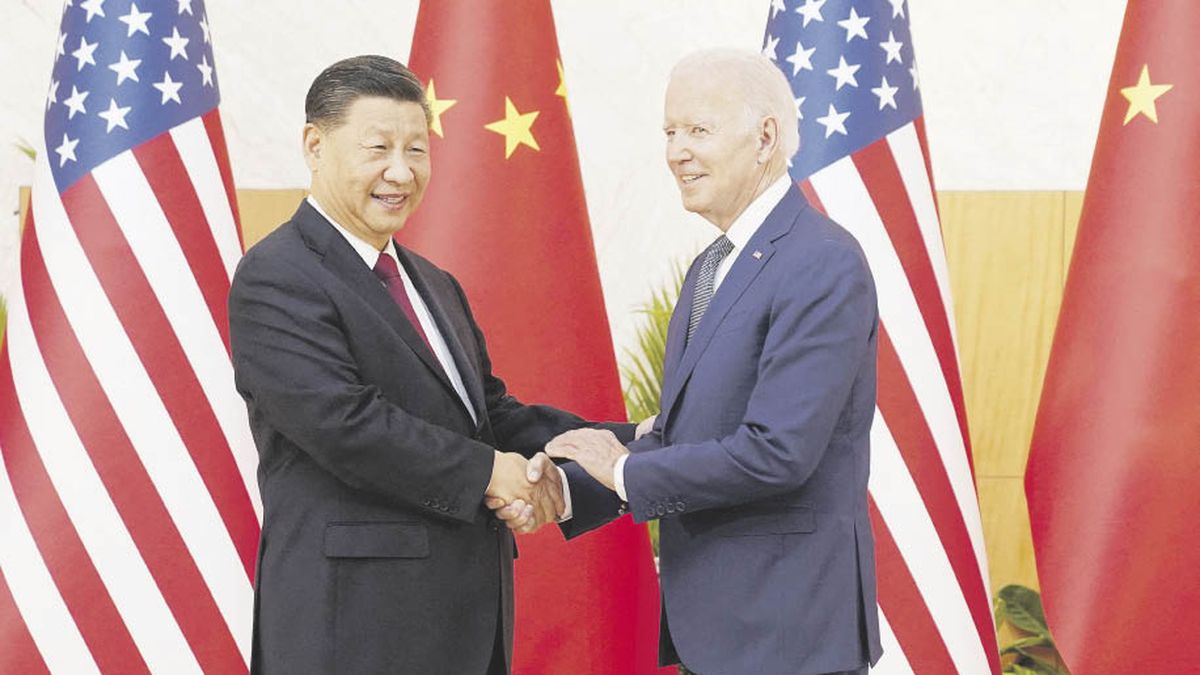 After shaking hands and smiling for the cameras, the two leaders launched into a more than three-hour meeting in which they were somewhat on the same page about Ukraine, but made their differences clear on Taiwan.

The Taiwan issue is “the first red line not to be crossed” in relations between Beijing and Washington, Xi warned in a Foreign Ministry statement.

Biden, who on several occasions has promised to defend Taiwan in case of attack, criticized China’s “aggressive” and “coercive” actions on this island with an autonomous democratic government, but considered that Beijing has no “imminent” plans to invade it. For mainland China, Taiwan is nothing more than a rogue province that it could eventually reincorporate into the national territory by force.

Tensions on the island multiplied in the boreal summer after the visit to Taipei by the speaker of the House of Representatives, Nancy Pelosi, and some enormous military maneuvers later launched by China in the area.

However, the conflicts between the two powers are multiple and varied: from commercial rivalry to the controversy over the origins of covid-19, including the human rights of the Uyghur minority in Xinjiang and the curtailment of freedoms in Hong Kong.

“We have to find the right direction” and manage relations “properly”, said Xi Jinping, who assured that the world is “big enough” for the prosperity of both powers.

The two leaders found some common ground on the Ukraine war, a topic destined to be a major issue at the G20 summit that begins today in Indonesia.

Xi and Biden “reiterated their agreement that nuclear war must never be fought and underscored their opposition to the use or threat of using nuclear weapons in Ukraine,” the White House said.

China has not condemned Russia’s invasion of Ukraine, but it has also failed to sell arms to its ally Vladimir Putin despite Western military support for kyiv and multiple defeats to Russian troops in recent months.

In its statement, Beijing did not mention nuclear weapons, but made it clear that it is “very concerned” about the current situation in Ukraine and warned that “wars do not produce any winners.”

Although the conflict is not officially on the G20 agenda, its consequences – higher food and energy prices, a slowdown in the post-covid economic recovery, geopolitical tensions… – will be hard to ignore when world leaders meet today in Bali.

With the shadow of the conflict on the table, Putin’s absence will be more noticeable, replaced by his Foreign Minister, Sergei Lavrov.

The foreign minister had to be hospitalized after his arrival in Indonesia and, after a series of studies were carried out, he was discharged

The French Presidency attributed this absence to the “isolation” of the Russian leader at the international level, but advocated maintaining contacts with Putin and assured that Macron “will call him” after the G-20 to insist on the possibility of a negotiation to put an end to it. to the war.

On the other hand, who will participate, although by videoconference, will be the Ukrainian president, Volodímir Zelenski.

After more than two years imprisoned in China due to the pandemic, the summit of the heads of state and government of the countries that represent 80% of the world’s GDP represents a great opportunity for Xi to resume international contacts with multiple meetings, including the French President, Emmanuel Macron, and the Spanish head of government, Pedro Sánchez.

The Chinese leader will also meet for the second time this year with Argentine President Alberto Fernández, the only Latin American leader at the summit in the absence of the Mexican Andrés Manuel López Obrador and the Brazilian Jair Bolsonaro.