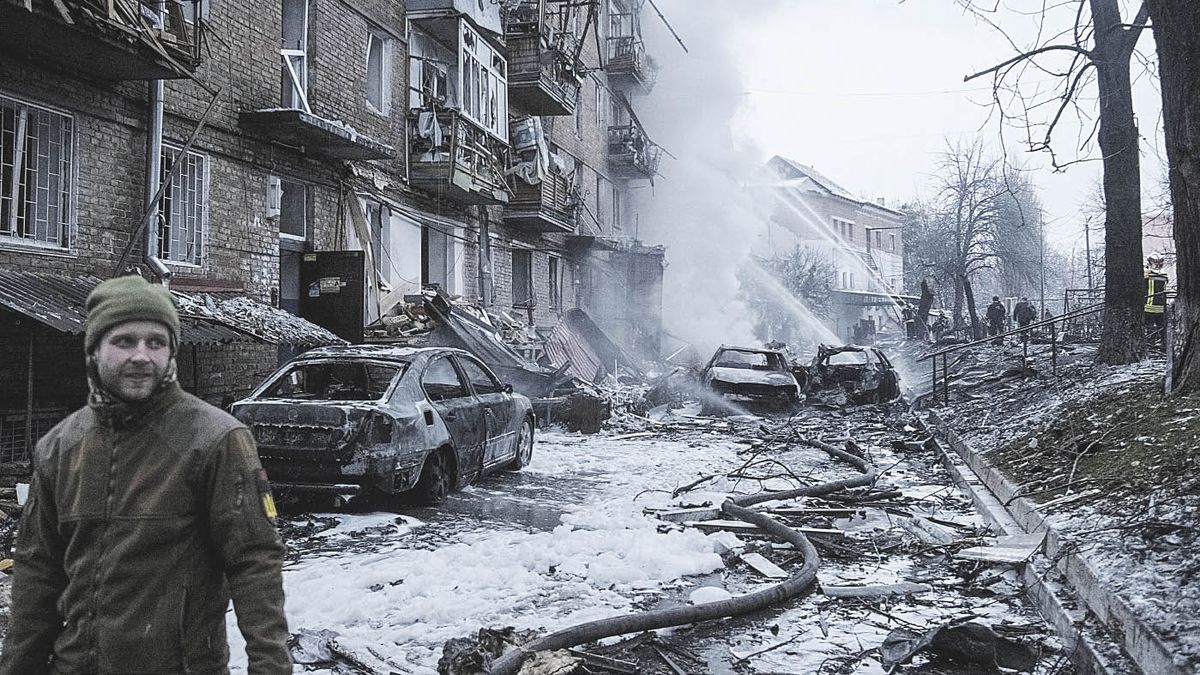 Meanwhile, authorities in Moldova, across the border, said more than half of that country was left without power, the first time a neighboring state has reported such extensive damage from the war unleashed in Ukraine nine months ago. after the Russian invasion.

A blackout forced the shutdown of the reactors at the Pivdenoukrainsk nuclear power plant in southern Ukraine, and those of Khmelnitsky and Rivne in the west, the state nuclear power company Energoatom reported.

“Currently, the plants are operating in project mode, with no generation in the national energy system,” Energoatom said.

Aircraft sirens sounded across the country in a national alert signal. Explosions were heard on the outskirts of kyiv, which was plunged into darkness. City officials said one person was killed and another was injured in a two-story building that was struck.

Also, Russian missiles hit a maternity hospital in the southern region of Zaporizhia overnight, with tragic consequences (see separate note). There were also explosions in other cities, with an undetermined number of victims.

Russia acknowledged last month that it aims to destroy Ukraine’s civilian power and heating systems with long-range missiles and drones.

Vladimir Putin’s government says the goal is to reduce kyiv’s fighting capacity and push it to negotiate. Ukraine, for its part, alleges that attacks on its infrastructure are war crimes that have the deliberate intent to harm civilians in order to break the national will.

With the first snowfall of the frigid Ukrainian winter falling, authorities are concerned about the impact of power cuts affecting millions of people.

In a late-night video address, President Volodymyr Zelensky announced the creation of special “invincibility centers” across the country to provide free 24-hour electricity, heating, water, Internet, mobile phone connections and a pharmacy. hours of the day.

The attacks on Ukrainian energy facilities follow a series of setbacks on the Russian battlefield, culminating this month with the withdrawal of the southern city of Kherson to the eastern bank of the Dnieper river, which bisects the country.

Within a week of the recapture by Ukrainian forces, residents were tearing down Russian propaganda posters and replacing them with pro-Ukrainian ones.

“As soon as our soldiers came in, these posters were printed and handed over to us. We find workers to install the billboards, and we clean up the advertising as soon as possible,” said Antonina Dobrozhenska, who works in the government’s communications department.

Russia has been attacking Ukraine with expensive long-range cruise missiles and cheap Iranian-made drones. Britain’s Defense Ministry said yesterday there had been no public reports of the use of Iranian single-use drones since around November 17, a sign that Moscow may be running out of them and would try to get more.

The fighting has intensified in the east, where Moscow is pressing an offensive along a stretch of the front line west of the city of Donetsk, which has been in the hands of pro-Russian militias since 2014. The Donetsk region was the scene of fierce attacks and constant shelling in the past 24 hours, Zelensky said.