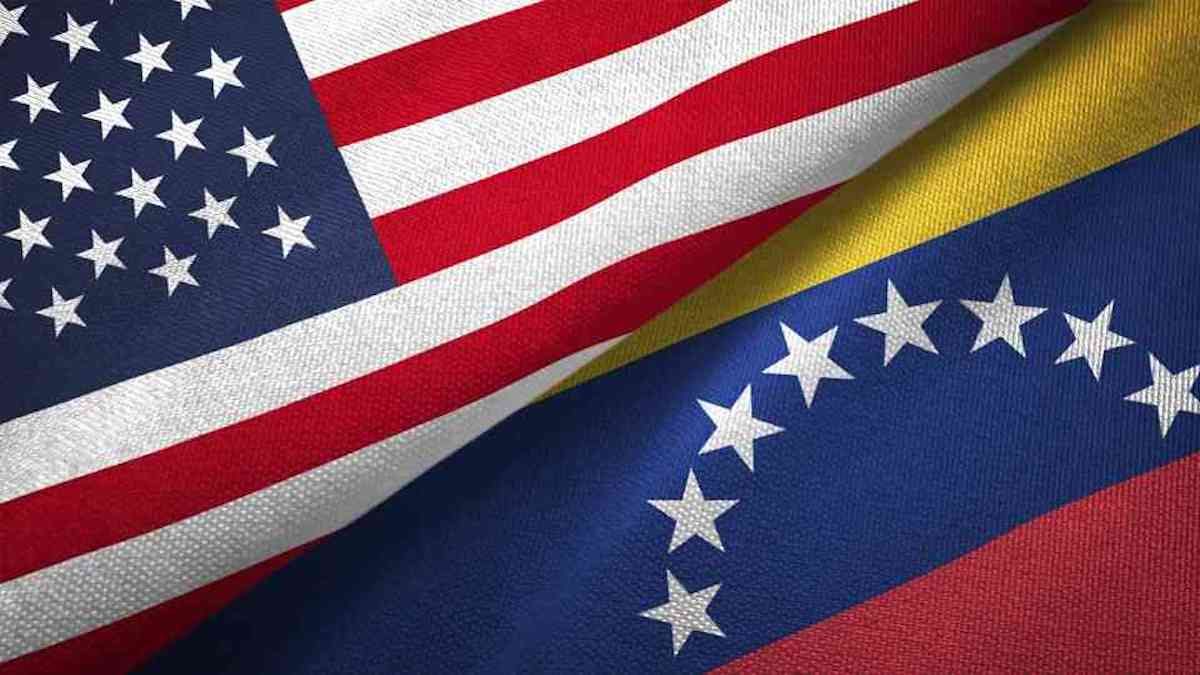 “We will celebrate the signing of a partial agreement that will also promote important advances for the social protection of the Venezuelan people, in addition, a verification mechanism will be established within the framework of the aforementioned agreement.“, said Norway’s chief negotiator, Dag Nylander, after reading the statement.

“The agreement that is presented today has reinforced our conviction that this process is the best way to find a political and inclusive solution for Venezuela,” he added along with the representatives of the Venezuelan government, Jorge Rodríguez, and of the so-called Unitary Platform, Gerardo Blyde.

The signing of the pact was celebrated on Twitter by the Venezuelan president, Nicolás Maduro, who described it as “a new chapter” to advance “towards the Peace and well-being that all Venezuelans yearn for.”

The signing of the second partial agreement between the Bolivarian Government that I preside over and the Unitary Platform of one of the oppositions opens the way for a new chapter for Venezuela, in order to continue advancing towards Peace and well-being that all Venezuelans yearn for. pic.twitter.com/PcVeXKlDbM

With this agreement, delegates from the Government of Maduro and the opposition agreed “make all the arrangements before the authorities and institutions, national and foreign, public or private, that correspond to obtain the legitimate funds of the Republic that are frozen in the international financial system” to use them in social projects.

They request support from the UN, “including the design, establishment and implementation of a single trust fund” to which these resources would “progressively” go, according to the agreement document, which is added to the one signed in Mexico in September 2021.

“We have identified a set of resources belonging to the Venezuelan State, frozen in the international financial system, to which it is possible to access. These resources (if they are released) will be progressively incorporated as contributions to the fund,” the text adds.

The unlocked money will be used for investments in the health and education system, the recovery of basic services such as electricity, and attention to the crisis caused by rains that caused floods and landslides.

Although the document does not specify the amount of funds to be released, the head of the official delegation said thate the agreement will recover 3,000 million dollars, reported the AFP news agency.

“There are more than 20,000 million dollars dammed,” said Rodríguez, president of the Parliament controlled by Chavismo, adding: “Through this agreement we are rescuing more than 3,000 million.”

The fund, said the opposition negotiator leader, “will be administered by the UN with a programmatic framework of projects and works to be carried out.”

Discussion of central issues such as the upcoming 2024 presidential elections is still pending, for which the opposition demands to set a date and conditions, but the signing of this pact was celebrated by the US government, which described the announcement as “important steps in the right direction to restore democracy in the country”.

Consequently, The Treasury Department authorized the oil giant Chevron to partly resume the activities of the company it co-owns in Venezuela with the state-owned Petróleos de Venezuela (PDVSA), as long as it is ensured that “PDVSA does not receive any income from oil sales made by Chevron.”

This measure, as announced by the ministry in a statement, reflects the long-term policy of the United States “to provide specific sanctions relief based on concrete steps that reduce the suffering of the Venezuelan people and support the restoration of democracy.”

However, other sanctions and restrictions imposed by Washington on the Venezuelan government “remain in force”they specified.

The lifting of US sanctions, which include an oil embargo and the blockade of assets, are one of the main demands of the Maduro government in these negotiations.

Meanwhile, the opposition Unitary Platform aspires to specify solutions for the “humanitarian crisis, respect for human rights (…) and especially” guarantees for “free and observable elections,” they announced in a statement.

The resumption of the dialogue was announced this week by Colombian President Gustavo Petro, a kind of mediator in the process. The announcement came weeks after, within the framework of the Forum for Peace held this month in Paris, Petro himself, his French counterpart Emmanuel Macron and the Argentine Alberto Fernández managed to seat the parties for a first rapprochement between the two parties.