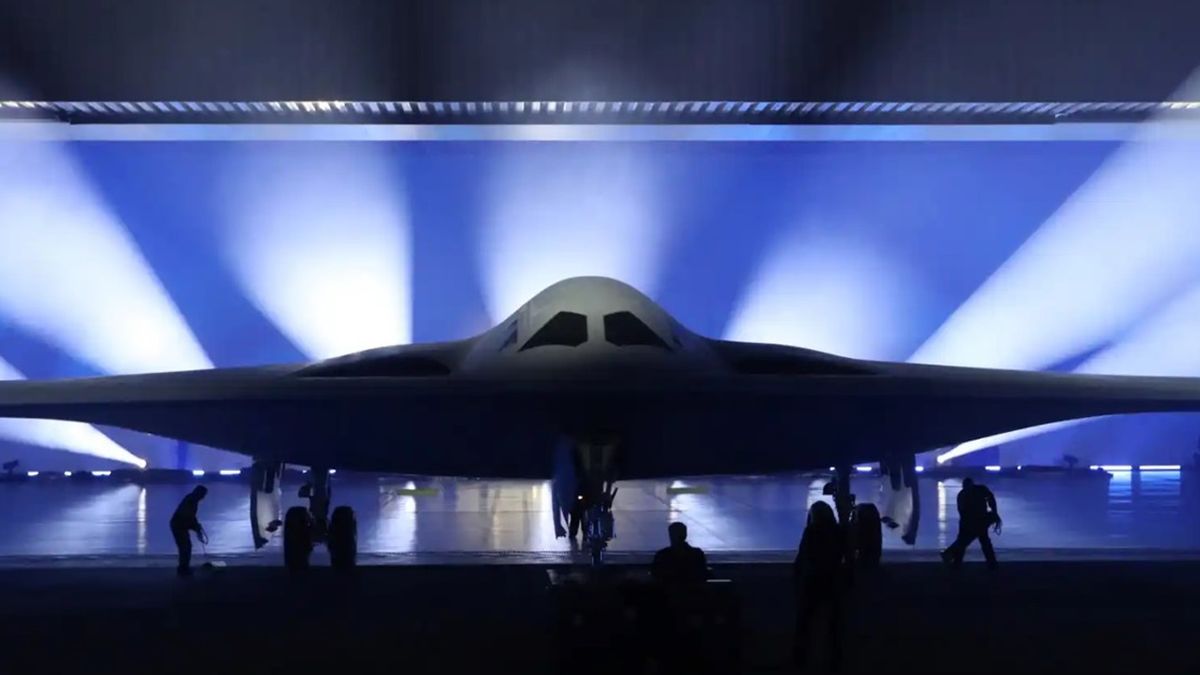 The doors of a hangar containing the new plane were opened and the cloth covering it was removed: a sleek gray bomber estimated to cost nearly $700 million apiece.

“The B-21 Raider is the first strategic bomber in more than three decades”said the US Secretary of Defense, Lloyd Austin, in his speech at the ceremony.

Many details of the aircraft are being kept under wraps, but it is known that it will offer significant advances over existing bombers in the US fleet.

“No other long-range bomber can match its efficiency” and durability, Austin said, adding that it is “designed to be the most maintainable bomber ever built.”

Like the F-22 and F-35 warplanes, the B-21 has technology that makes it difficult for radar to detect, due to its shape and the materials with which it is built.

“Even the most sophisticated air defense systems will have a hard time detecting the B-21 in the sky,” Austin said, “50 years of technological advances have been invested in this aircraft.”

The plane is also built with “open system architecture,” which allows for the addition of “new weapons that have not yet been invented,” he explained. Amy Nelson, a fellow at the Brookings Institution think-tank, told AFP ahead of the presentation that the B-21 is “designed to evolve.”

“The ‘open architecture’ allows future integration of improved software (including for autonomy) so that the aircraft does not become obsolete as quickly”he explained.

“The B-21 is much sleeker than its predecessors, really modern. Not only is it dual-capable (unlike the B-2), which means it can launch nuclear or conventional missiles, but it can also launch long-range missiles. short range,” Nelson said.

The possibility that the plane could be flown without a crew was not mentioned during the ceremony, although before the presentation the spokeswoman for the United States Air Force, Ann Stefanek, told AFP that the plane is designed “for that possibility”. but that “the decision to fly without a crew” has not yet been made. SAccording to the spokeswoman, Washington plans to buy 100 devices of this model.

Its exterior design is designed to avoid detection by other technological devices, such as radars. It can travel about 10,000 kilometers without refueling (a distance like Madrid to Vietnam) and manages to accommodate a payload of 12 tons.

The total cost between research, development and maintenance for the next 30 years is estimated at about 203,000 million dollars.

Spending on maintenance and other operating costs usually account for 70% of what the aircraft will cost throughout its useful life.. In fiscal 2020, for example, each B-2 bomber (which the B-21 will replace) has accounted for more than $40 million in spending, according to a report by the nonprofit US Government Accountability Office. This meant more than 1,000 million dedicated to it in that year, although it is far from the more than 4,300 million that the combined expenses of the fleet of F-16 combat fighters cost annually.

The manufacturer of the new model, Northrop Grumman, was already in charge of creating the B-2, which took flight in 1989. Back then it became the most expensive aircraft to manufacture, with 737 million per unit, although the increase Of costs, the improvements of these three decades and the addition of the maintenance brings the total cost in its useful life to more than 2,100 million dollars per bomber, or 135,000 dollars per hour of flight.