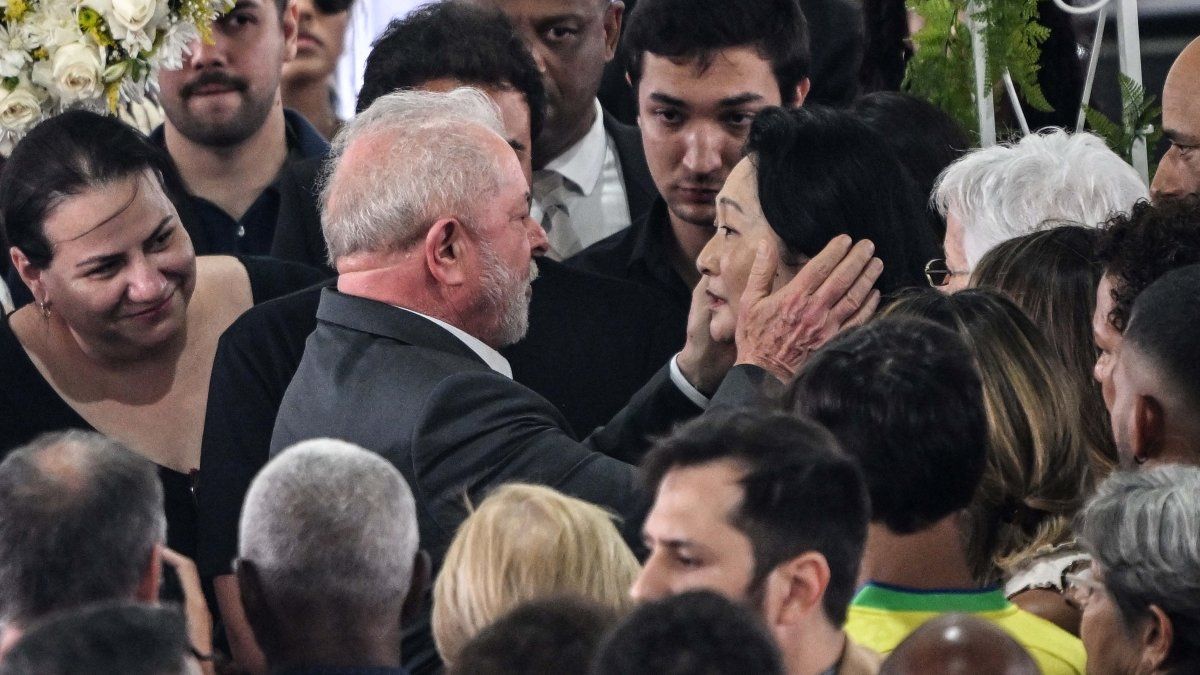 The left-wing leader, leader of the Workers’ Party (PT), was present hours before the end of the public wake, which was witnessed by thousands of fans and supporters of the Brazilian striker, winner of 3 World Cups.

The funeral procession is expected to tour the city of Santos, in a convoy that will pass by the house of Pelé’s mother, Doña Celeste who is 100 years old and is unaware of the death of her son. Finally, the body of the world star will be deposited in a cemetery overlooking Vila Belmiro.

How is Pelé’s funeral going?

The playing field of the Santos stadium has two white tents and in one of them are the remains of Pelé, in addition to the seats where his relatives will be throughout the day.

During the day the fans came in large numbers. They circulate through a corridor five meters from the coffinwhile a banner with the slogan “Long live the King. Pelé 82 years” covers one of the stands of the stadium.

tomorrow at 10 o’clock will start the funeral procession what will walk the streets of Santosa port city located about 80 kilometers from Sao Paulo, and will pass by the house of the mother of the former attackerwho is 100 years old, for later finish at the Ecumenical Necropolis Memorial Cemeterywhere Pelé will be entombed in a private ceremony.