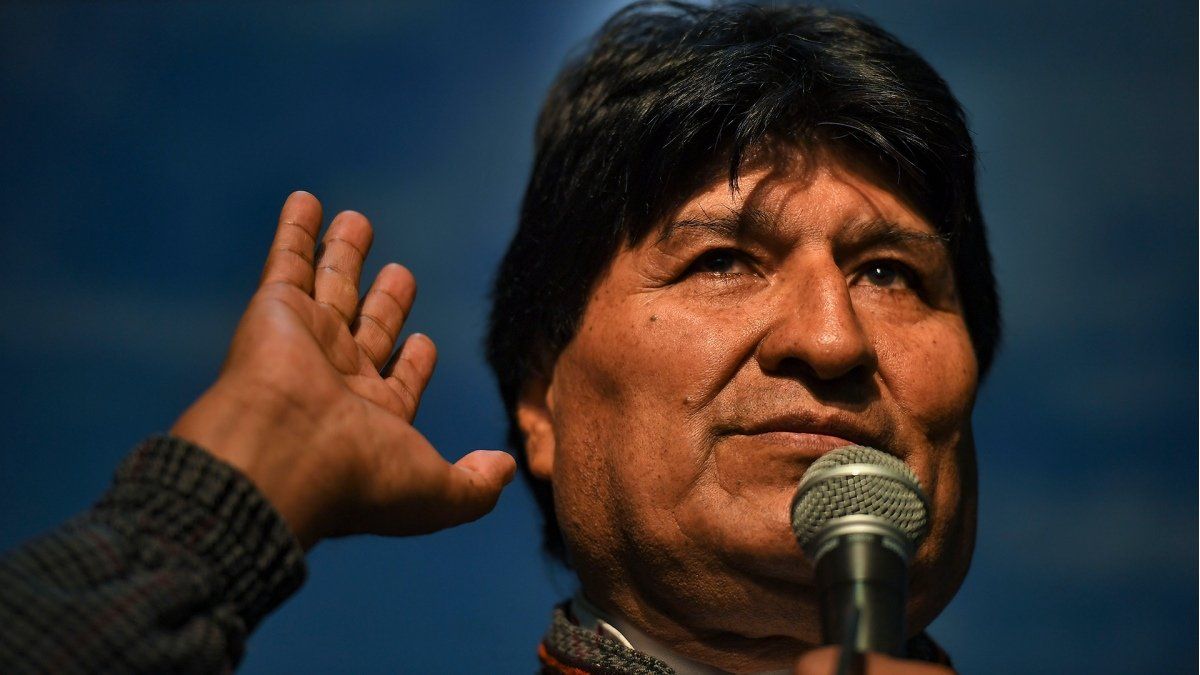 “The record of the impediment to entry into the country was ordered, through all immigration checkpoints, of nine citizens of Bolivian nationality, including Mr. Juan Evo Morales Ayma”indicated the Ministry of the Interior in reference to the former president who has expressed his support for the protests against the government of Peruvian President Dina Boluarte.

The announcement coincides with new protests and road blockades in six of the country’s 25 regions, where protesters are demanding the resignation of President Dina Boluarte, the call for a Constituent Assembly, and the freedom of ousted President Pedro Castillo.

Puno, the Peruvian Aymara region bordering Bolivia, has become the epicenter of the protests with an indefinite strike since January 4.

From there, a march is organized to the Peruvian capital that should arrive on January 12, according to various calls from social groups, which mainly bring together peasants.

In the city of Juliaca, in Puno, demonstrators once again tried to storm the airport of that city, being repressed by the police. On Saturday there was a similar attempt.

“In recent months, foreign citizens of Bolivian nationality have been identified who entered the country to carry out activities of a proselytizing political nature, which constitutes a clear affectation of our immigration legislation, national security and the internal order of Peru”added the ministry to justify.

Morales, who presided over Bolivia between 2006 and 2019, has had an active presence in Peruvian politics since the former leftist president Pedro Castillo came to power in July 2021 until his dismissal on December 7.

Since Castillo’s fall, the Bolivian leader has expressed his support for the protests, especially those taking place in Puno, the Peruvian Aymara region bordering Bolivia.

Morales regretted on Twitter the decision of the Peruvian government and maintained that it seeks to “distract and avoid” the responsibilities for the “serious violations” of human rights.

“I am very sorry for how sister Dina Boluarte, who previously defended our integration process with dignity, solidarity and brotherhood, now attacks us to distract and avoid responsibility for the serious human rights violations of our Peruvian brothers,” he said on social networks.

After expelling the ambassador of Mexico for defending the life of the president @PedroCastilloTe and his family, the right wing of Peru prohibits us from entering that sister country for talking about the Constituent Assembly and asking them to stop the genocide of our indigenous brothers pic.twitter.com/wUXhzXhDO3

The new president of Peru had asked Morales last Wednesday to stop “intervening” in the internal affairs of the country and said that the immigration authorities were considering prohibiting his entry into Peruvian territory.

The unusual accusation against Morales

The Peruvian authorities maintain that Morales intends to divide the territory of Peru, promoting secession through the creation of “Runasur”, an Andean region that would supposedly include part of the Peruvian Andean south with Bolivia.

“The only separatism in Peru is caused by racism, exclusion, and discrimination by power groups in Lima against their own people. Deep down, the right does not accept that indigenous people, those vilified for their skin color, last name, or place of origin come to power,” Evo Morales replied over the weekend.

Defense Minister Jorge Chávez reported last week that five Bolivian citizens had been “detected” in Puno who were “inciting” the protesters, and indicated that for “several days” they have been carrying out activities in Peru.

The prohibition of her entry into Peru was demanded by Congress, which had become the main point of support for Dina Boluarte.

At least 22 dead from the repression

The protests against the government of Dina Boluarte resumed on January 4, after a brief lull due to the end of the year holidays.

The protesters maintained this Monday roadblocks in six of the 24 departments of the country, including tourist areas such as Puno, on the shores of Lake Titicaca; Cusco, Arequipa, Madre de Dios, Tacna and Apurimac.

The police station in the city of Puno woke up with a barricade of bags of dirt and a police guard, as a precaution against the demonstrations in that highland city.

“We are concerned about what is happening in the city. The problem is that they want to damage the airport. They are using bombs. We have more than 50 injured police officers. We are calling for calm,” said police general David Villanueva at a conference press in Puno.

In anticipation of possible attacks, the Ministry of Transportation indicated that it will suspend operations at the Alfredo Mendívil airport in Ayacucho on Tuesday before the start of a 48-hour strike.

Although she considers herself to be on the left, Boluarte is seen as a “traitor” by the communities and militants who support Castillo. The right-wing sectors that previously promoted her fall now support her. These mobilizations accumulate 22 deaths in almost a month.