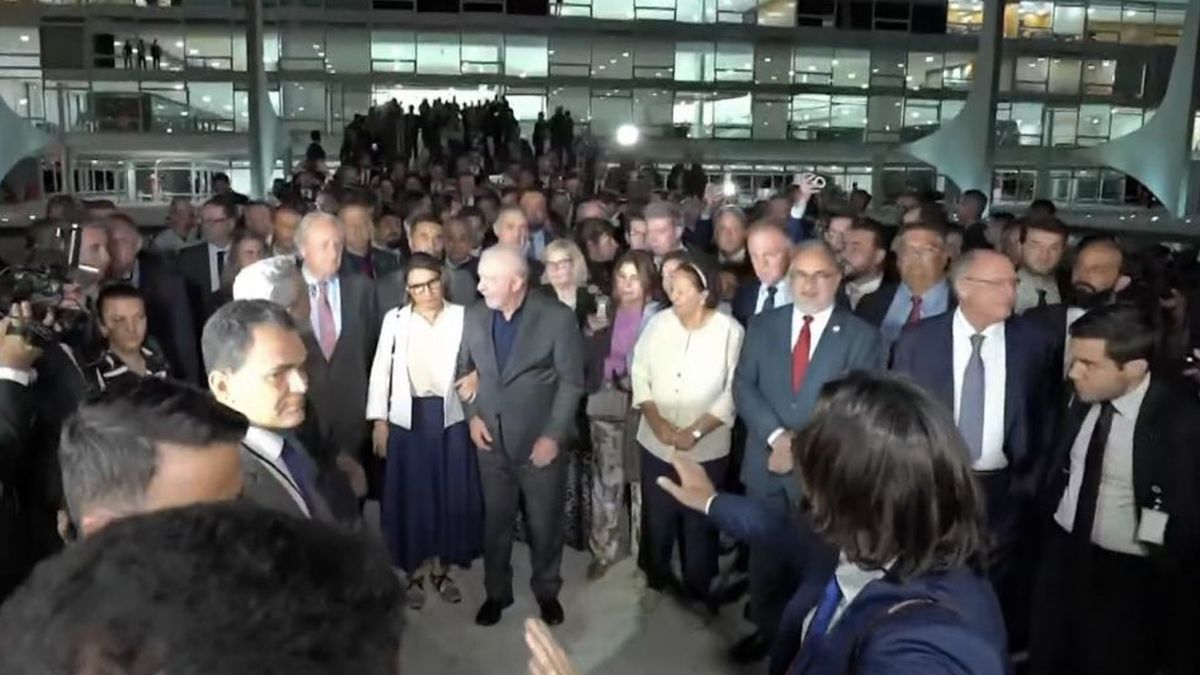 During the early hours of the night, he had received at the planalto to the state leaders, who expressed their solidarity and offered support to the federal government to find those involved in the attacks.

“They want a coup and there will be no coup. They have to learn that democracy is the most complicated thing for us, because it requires us to support others, it requires living with people we don’t like, with whom we don’t get along, but it’s the only regime that allows everyone to have the opportunity to compete and whoever wins has the right to govern,” Lula told the governors during the meeting, as reported by the O Globo website.

Later, Lula spoke about the meeting on social networks. “One of my campaign proposals was to bring together the 27 governors to think about the most important projects in each state. God wanted this meeting to take place earlier, but today they came to show solidarity with the country and democracy,” she said.

HISTORICAL: President Lula in a RARE dinner of handshakes with the 27 governors of Brazil in unity, goes to the STF in defense of DEMOCRACY. pic.twitter.com/9YyandcrOO

In addition, he told the governors that the federal government will have among its objectives “to know who financed, we want to know who financed, who paid for people to stay without work for so long,” when going to the demonstrations. “We’re going to investigate and find out who funded it. I’m sure we’ll find out,” he added.

Earlier, he received the heads of Congress and the head of the Supreme Court. “With the Presidents of the Powers of the Republic in the Planalto Palace, Rose Weber, STF President, Vital do Rêgo, Acting President of the Senate, and Arthur Lira, President of the Chamber of Deputies. Firm in the defense of democracy,” he said on Twitter.

According to the portal O Globo, Weber He thanked the governors “for their initiative to testify to the national unity of a Brazil that we all want, in the sense of defending democracy and the democratic rule of law” and added: “The STF was heavily attacked, our historic building, its interior, it was practically destroyed, especially our plenary session and this symbology saddened me greatly, but I want to assure everyone that we are going to be rebuilt and on February 1 we will start the judicial year as required”.

With the presidents of the two Powers of the Republic in the Palácio do Planalto, Rosa Weber, president of the STF, Vital do Rêgo, president in office of the Senate, and Arthur Lira, president of the Chamber of Deputies. Firm in defense of democracy.

During today’s session, thousands of citizens summoned by the social movements marched along Avenida Paulista, in Saint Pauland through different cities of the country, to repudiate yesterday’s attacks by Bolsonarists on the headquarters of powers and reject an eventual amnesty for those responsible for these events.

the cry of “No amnesty” It was central and very repeated, according to the state agency Brasil and the site G!, which reported the defense of democracy among the slogans of the demonstration.

More than 1,000 detainees after the attempted coup

Yesterday, Lula’s government decreed a federal intervention in the security area of ​​Brasilia.

Meanwhile, the Federal Police reported that they are going to accuse about 1,000 people who were detained yesterday committing illegal acts in flagrante delicto and will be taken to the Papuda Penitentiary Complex, in Brasilia, reported the Folha de São Paulo newspaper.

The Minister of Justice and Public Security, Flavio Dino, said that there were already approximately 1,500 detainees.

Among those apprehended were part of the campers in front of the Army headquarters in Brasilia, after Judge Moraes also ordered the state security forces and bodies to release any type of road or public building occupied by Bolsonaro supporters in the whole country.