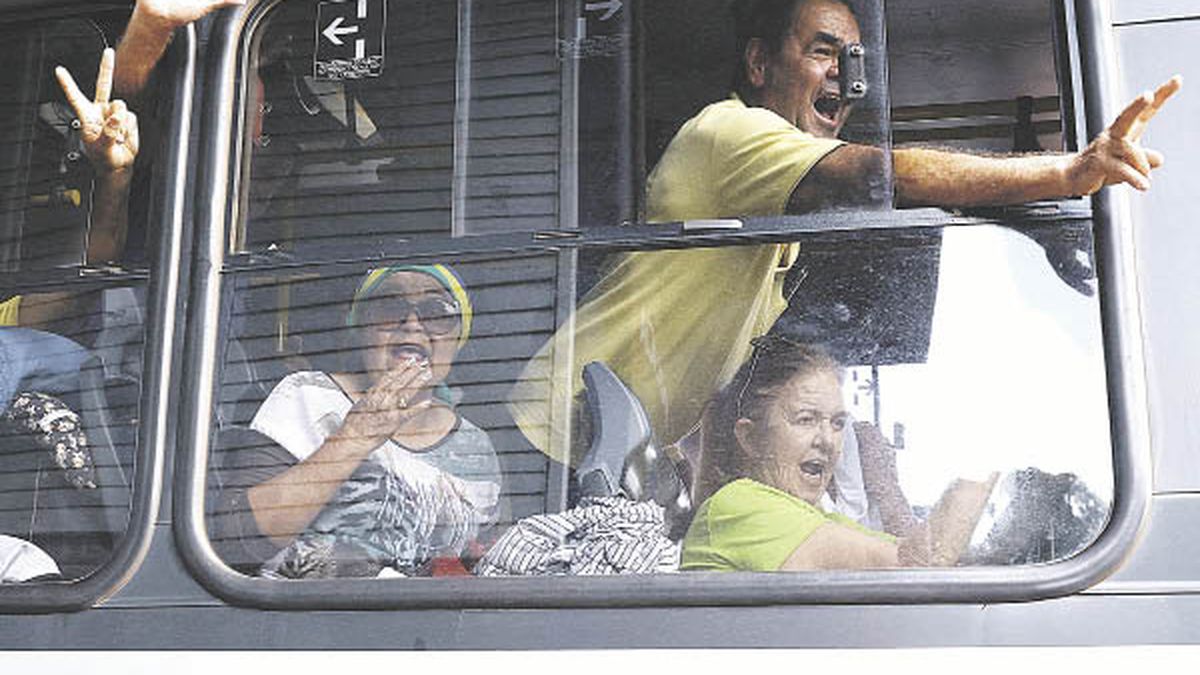 The deputy attorney general of the Court of Accounts of the Union (TCU), Lucas Rocha Furtado, ordered the blocking of Bolsonaro’s bank accounts. The measure also affects his ally Ibaneis Rocha – Governor of the Federal District suspended by the Supreme Court – and the removed former Brazilian security chief Anderson Torres.

The home of the latter, who had previously been Bolsonaro’s minister, was raided by members of the Federal Police, who had a search warrant.

As soon as the extremist movement took place, Torres traveled to the United States and his whereabouts were unknown last night.

The Minister of Justice, Flávio Dino, blamed the government of the Federal District, indicating that the lack of planning by the public security forces in Brasilia was “determinant” to enable the assault on the buildings of the Presidency, Congress and the Supreme Court.

The official assured that those responsible for having transferred to Brasilia the Bolsonaristas who tried to sow chaos to unleash a military coup have already been identified, while adding that “it can be fully affirmed that there was financing.”

“It is not yet possible to clearly distinguish the responsibilities in terms of financing. What can be fully affirmed is that there was financing. All these people will be called to testify because the buses were contracted and not intended for tourist excursions, ”he added.

In this sense, the General Advocacy of the Union (AGU) announced that it had identified more than 100 companies suspected of having financed the coup demonstrations.

The money from these private entities, he argued, “was used to pay for the buses that transported the coup leaders and to help the radical Bolsonaristas camp in front of the Army headquarters to prepare for the attempted coup.”

The more than 100 companies identified are distributed in several Brazilian states, and many are based in Mato Grosso and Santa Catarina.

Dino added that many of the suspected companies are linked to interests in the agricultural sector.

While seeking to find the inspirers and financiers of the movement, action is also taken against those who perpetrated it.

Police were questioning some 1,000 protesters held yesterday in a packed gym in the capital. Judge De Moraes, who is in charge of the investigation on behalf of the Supreme Court, promised yesterday to punish the “terrorists” who committed the damage.

“The institutions will punish all those responsible. To those who carried out the acts, to those who financed them and to those who encouraged them, by action or omission, because democracy will prevail”, he said during the inauguration of the new director general of the Federal Police, Andrei Rodrigues.

“We have to firmly combat the undemocratic, the coup plotters and those who want an exceptional regime”, he stressed.

However, it was difficult to carry out such a huge criminal investigation into a loosely organized protest movement in the first weeks of a new government.

Approximately 1,000 arrestees from the protest camp were held for questioning in a police gym, where they slept on the floor, some wrapped in Brazilian flags, and complained that they were being held indefinitely and poorly fed.