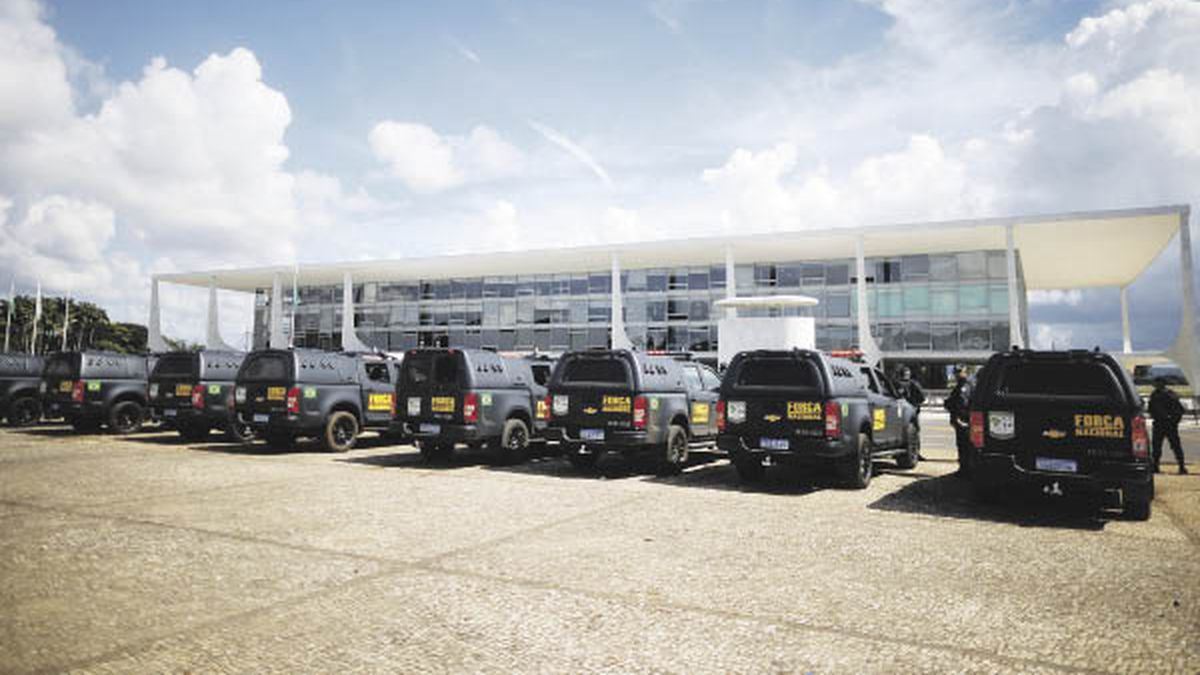 “All the public security personnel are mobilized,” he said. However, he tried to calm down by clarifying that “there is no hypothesis that the unacceptable events that occurred on January 8” will be repeated in the capital.

The call for far-right mobilizations, which circulated on social networks, was carried out under the slogan “To retake power.”

Cappelli was appointed by President Luiz Inácio Lula da Silva to command the security forces of Brasilia after thousands of Bolsonaro protesters invaded the Planalto Palace (seat of the Presidency), Congress and the Supreme Court building on Sunday in an attempt to to create chaos and unleash a military coup.

The images, which recalled the attacks on the Capitol in the United States on January 6, 2021 by supporters of then-President Donald Trump, recorded the Bolsonaristas ripping pictures and destroying furniture, breaking glass and invading the offices of magistrates, deputies and the Executive .

Hundreds of people were detained, and while the damage to national heritage and the responsibilities are being investigated, Bolsonaro’s followers announced other demonstrations for yesterday afternoon.

In addition to the security measures ordered by the Government, the judge of the STF Alexandre de Moraes, who is investigating the case for the attempted coup, ordered the public authorities at all levels, especially the police forces, to adopt “all the necessary measures” to prevent any attempt to occupy or block public roads.

De Moraes also prohibited interrupting the freedom of movement of automobiles throughout the national territory, as well as access to public buildings, on pain of imposing a fine of 20,000 reais (3,850 dollars) for individuals and 100,000 reais (19,200 dollars) for legal persons.

The magistrate’s decision complies with a request from the Office of the Attorney General of the Nation, based on news that Bolsonaro groups called for new demonstrations in all the capitals of the country’s states, in a call that was disseminated especially through the Telegram messaging network.

Given this situation, De Moraes gave that platform a period of two hours to block channels, profiles and group accounts with this type of content.

“Absolutely nothing justifies the existence of camps full of terrorists, sponsored by various financiers and with the complacency of civil and military authorities in total subversion of the necessary respect for the Constitution,” said the judge of the highest court, who has played an enormous role since the events of the Sunday.

Meanwhile, Lula da Silva thanked Congress for quickly approving his decree to intervene in public security in the Federal District.

“What happened here (in Brasilia) I would not even like to think that it was a coup. I would like to think of something minor, perhaps of a group of crazy people who still do not understand that the election is over, who still do not want to accept that the electronic ballot box is possibly the most perfect electoral model in the world,” said the president upon receiving in the Planalto Palace the head of the Chamber of Deputies, Arthur Lira, and the Vice President of the Senate, Veneziano Vital do Rêgo, among other legislators.

In the meeting, Lula da Silva also made reference to former President Jair Bolsonaro, who remains in the United States and whom he criticized for not having recognized his defeat in the October 2022 elections.

“Unfortunately, the president who left power does not want to admit defeat. Even today (yesterday) I saw statements from him not acknowledging defeat. I can only consider that they are a group of crazy people, people with little sense of the ridiculous, ”he said.