protests in Lima to demand the resignation of President Boluarte 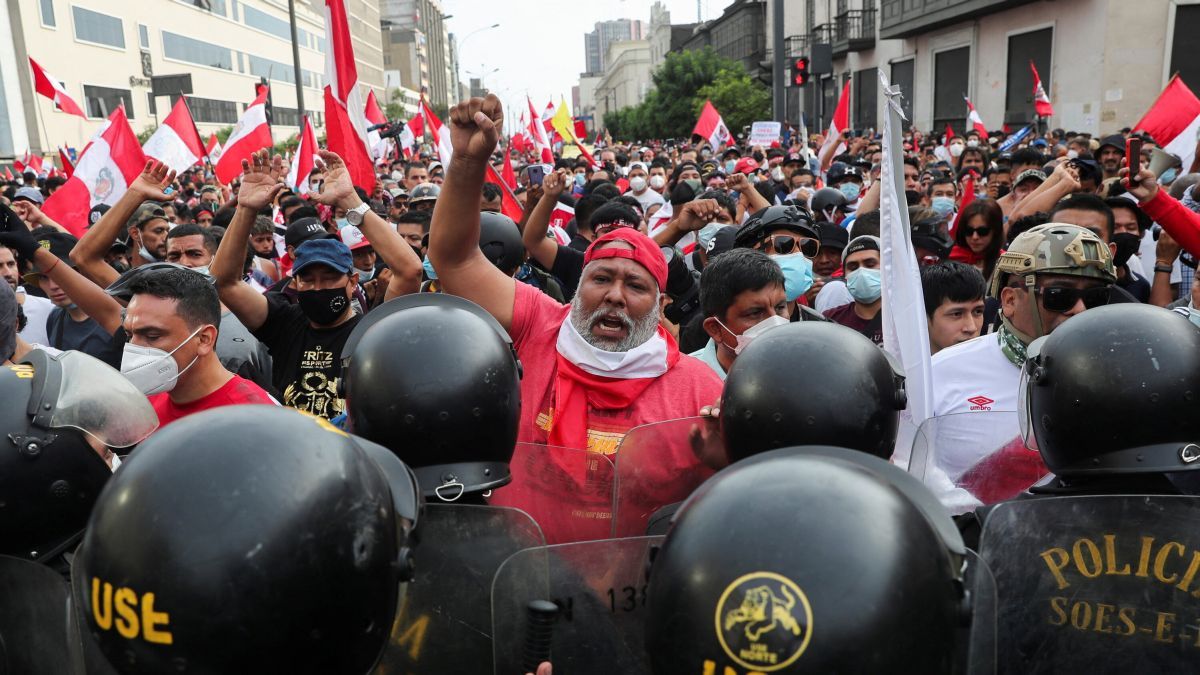 The protests have already been going on for two consecutive weeks in Peru, after a year-end truce due to the holidays. The claims against President Boluarte and in favor of former President Pedro Castillo, dismissed by Congress, are promoted by radical sectors and peasant unions in the Andean areas. Those responsible for the disproportionate use of force are called for justice and a sanction.

In addition, the blockades continue in Peru: this Thursday the country woke up with blockades in 10 of the 25 regions, and the areas of Tacna, on the border with Chili; Puno, Cusco, Arequipa and Madre de Diosamong others, detailed the Superintendency of Land Transportation.

SHOCKS. Peruvian security forces responded harshly to an attempt to take over the Juliaca airport by supporters of Pedro Castillo.

Peru: President Boluarte will be investigated for alleged genocide

The National Prosecutor, Patricia Benavides, reported the opening of an investigation for alleged genocide and other crimes involving three ministers: “There is already an open investigation of preliminary proceedings of the events that occurred in December and today we are making the decision to open a new tax folder.”

The investigation will be based on “the alleged crimes of genocide, qualified homicide and serious injuries, committed during the demonstrations in the months of December 2022 and January 2023 in the regions of Apurímac, La Libertad, Puno, Junín, Arequipa and Ayacucho”.