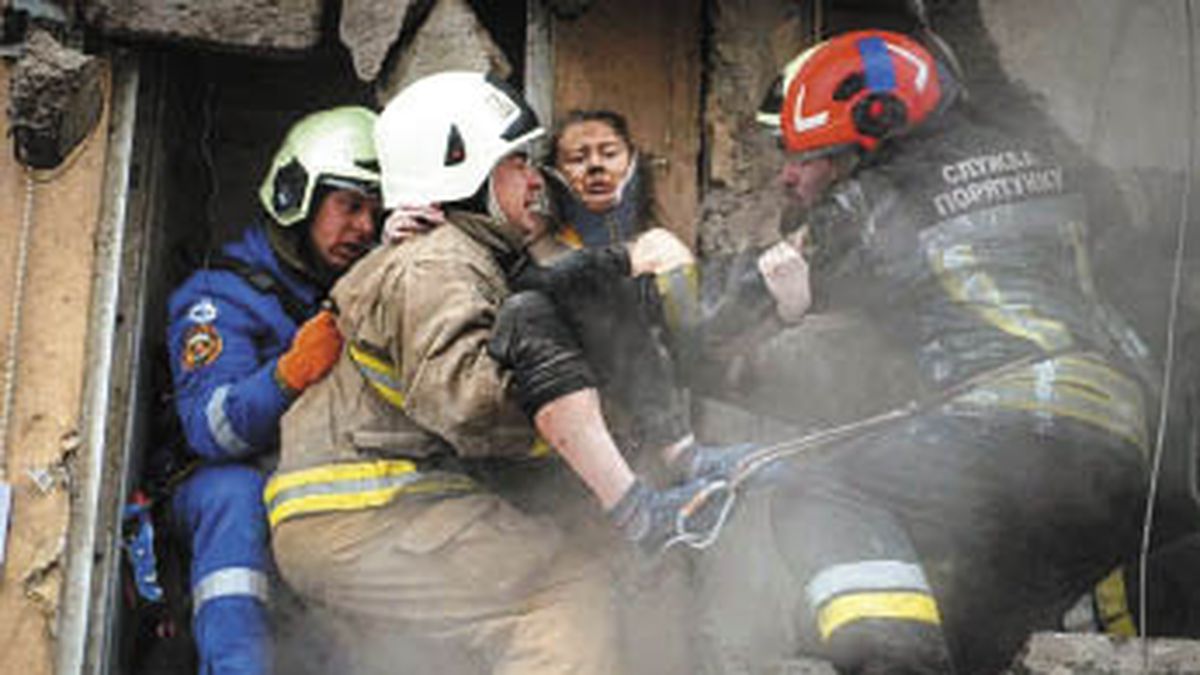 The building in Dnipro, a city in east-central Ukraine, was partially destroyed during a series of attacks on Saturday, the biggest wave of Russian raids in two weeks.

The fully civilian nature of the bombed objective increases the denunciations of war crimes against the Government of Vladimir Putin.

Smartphones became an instrument of salvation for civilians trapped under the rubble.

On the one hand, the victims pointed out their location under the rubble with the flashlights of their devices, while others “continue sending text messages,” said the city’s deputy mayor, Mikhailo Lisenko, in a video posted on social networks.

“From time to time we interrupt our work to be quiet and we hear people screaming from under the rubble,” he added.

A group of firefighters found a woman alive more than 18 hours after the attack. They carried her in her arms to a safe place. Dozens of residents, young and old, watched in horror from the street. Firefighters picked up a corpse and took it out of the ruins on a stretcher with the help of a crane.

“The chances of saving people now are minimal,” Boris Filatov told Mayor Boris Filatov. I think the death toll will be counted in the tens,” he added.

In a statement about the attacks on Saturday, the Russian Defense Ministry did not name Dnipro as a specific target. “All assigned targets were achieved,” he remarked. Ukraine’s military high command said on Saturday that Russia launched three airstrikes, 57 missile sorties and carried out 69 attacks with heavy weapons rocket salvo systems on Saturday. Ukrainian forces shot down 26 rockets.

The attacks on Saturday also affected critical infrastructure in kyiv and elsewhere. Authorities warned that this would restrict power supply to the capital and large parts of the country in the coming days.

Meanwhile, on the ground, the fighting continued to focus on the towns of Soledar and Bakhmut, in the eastern Donbas region.

Russia, which invaded Ukraine in February, has been bombarding the country’s energy infrastructure with missiles and drones since October, causing widespread blackouts and disruptions to central heating and piped water supplies.

In his video address on Saturday night, President Volodymyr Zelensky made a new call for more weapons from his Western allies.

Britain followed France and Poland on Saturday with promises of more weapons, saying it would send 14 Challenger 2 tanks.