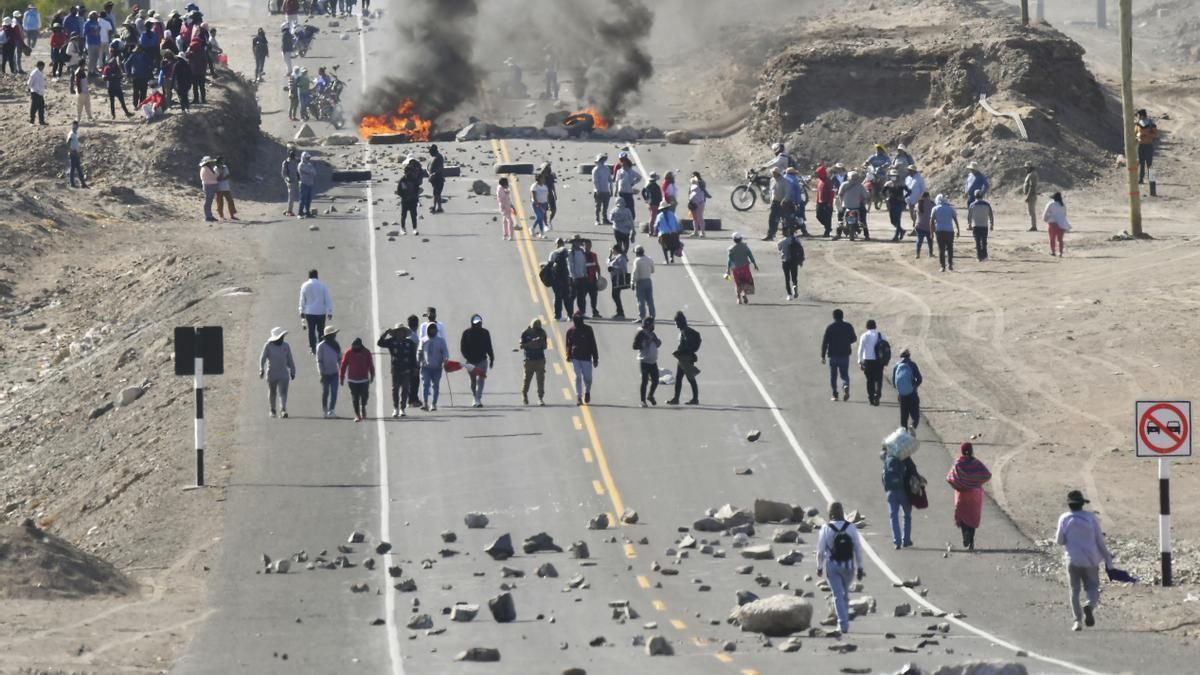 The mobilizations in Peru have been going on for several consecutive weeks and the National Prosecutor’s Office endorsed the holding of marches this Wednesday because “the right to protest is respected within the framework of protection of human rights, which excludes acts of violence”.

Among the different requests that promote the mobilizations, the demonstrators and the union organizations demand the resignation of President Dina Boluartethe closure of Congress and a call for general elections.

The Sub-Regional Federation of Peasant Rounds of the Province of Jaén, in Cajamarca, announced that they will join the strike called for today and tomorrow by the Central Única Nacional de Rondas Campesinasand indicated that they will carry out mobilizations and blockades of roads, such as the Fernando Belaunde Terry track, also known as the marginal of the jungle.

The first victim was a 35 year old woman, who arrived without vital signs and with a head injury at the Macusani Hospital. The second deceased was reported as a man who was in the Plaza de Armas and that he was not yet identified.

The violence escalated after a group of protesters set fire to the premises of the Judiciary in the city, after the mobilization through the streets of the district.