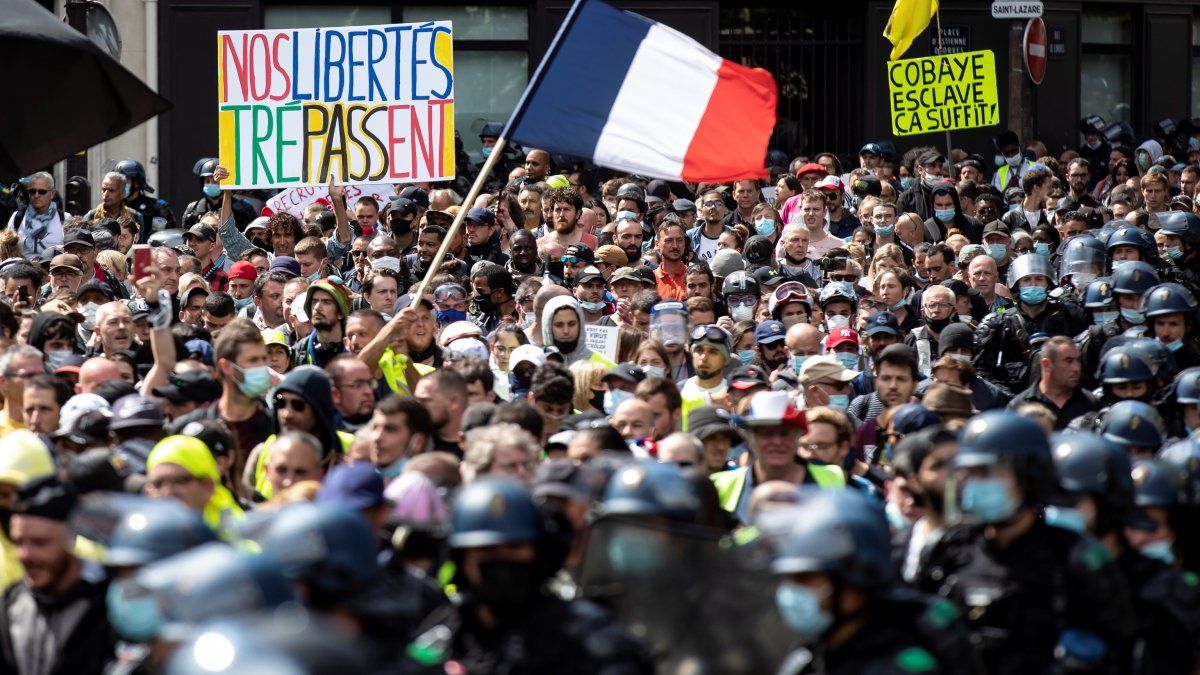 However, and despite the protests were mostly peacefulin Paris there were clashes between demonstrators and members of the security forces, which led to the arrest of 30 peopleaccording to the Police Prefecture.

What is the pension reform?

The measure promoted by Macron consists of delay the retirement age from 62 to 64 years and advance to 2027 the requirement to contribute 43 years to collect a full retirement. It was one of his main promises in the electoral campaign for the re-election, in 2017, of the 45-year-old French president, after a first project in 2020 that he had to abandon due to the arrival of the coronavirus pandemic.

Prime Minister Élisabeth Borne highlighted the “good” progress of the protests, but showed no sign of backing down: “Let’s keep debating and convincing”he said on Twitter.

The president tried yesterday to dismiss the union claims, considering that there are unions that “call to demonstrate in a traditional framework” and others that want to “block the country”.

Today in Barcelona, ​​where he attended a Spanish-French summit, he maintained that “It is a fair and responsible reform above all”which was “democratically presented and validated”.

Social and union rejection of the measure is widespread: although 81% of citizens consider the reform necessary, 61% reject this project and 58% agree with the strike.

The Subway and train circulation in Paris was “very disturbed” During today. One of the 13 subway lines was completely closed and the rest partially worked, reported the RATP company.

The same for the SNCF railway company, which foresaw one high-speed train in three or in fiveaccording to the lines, and one regional train out of every 10 on average.

In turn, the operator of the French electricity network RTE verified a sharp reduction in productionequivalent to twice the consumption of Paris, so warned strikers not to cut it any further.

The CGT announced that most refineries registered between 70% and 100% of personnel on strikewhich, together with future strikes, revived the fear of a fuel shortage like the one experienced in October and which forced the Government to intervene.