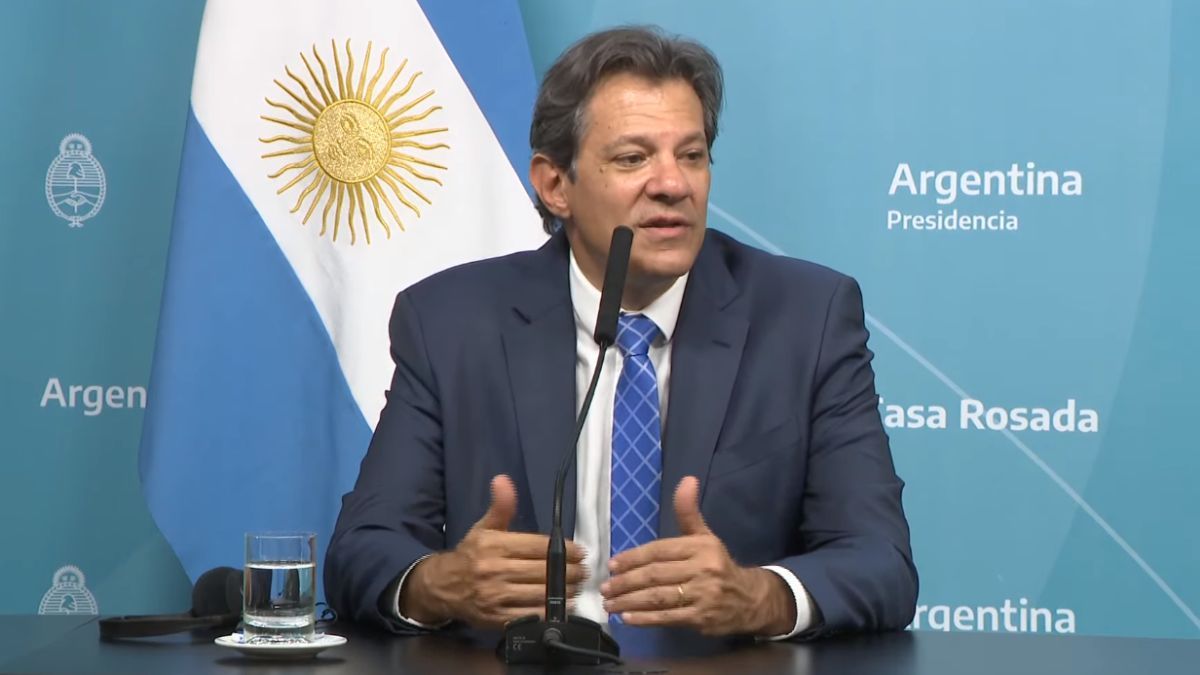 Haddad also clarified that the plan for the creation of a common currency between Brazil Y Argentina it has nothing to do with former Brazilian Economy Minister Paulo Guedes’ idea of ​​establishing a single currency.

LIVE| Conference of Minister Sergio Massa, and the Minister of Finance of Brazil, Fernando Haddad

On this day, the presidents of Argentina, Alberto Fernández, and of Brazil, Luiz Inácio Lula da Silva, agreed to “deepen the strategic relationship” between the two countries, in addition to promoting the growth of Mercosur, of which they are the main partners, and also unified criticism of the former president Jair Bolsonaro.

In a joint statement to the press in the White Room of the Government House, after having held a bilateral meeting of about two hours, Fernández described the day with his Brazilian counterpart as “wonderful” and stressed that it is the “origin” of a “much deeper close ties that will last for decades to come.”

“Everyone knows the deep affection and admiration I feel for my friend Lula,” he said, emphasizing that “he is a leader and a great statesman.”

He also recalled having seen him “20 years ago start a political process that lifted millions of Brazilians out of poverty” in his country and also “lead the Latin American region in the years that he was president.”