They discover a Tolkien frog, which seems from a fantasy universe 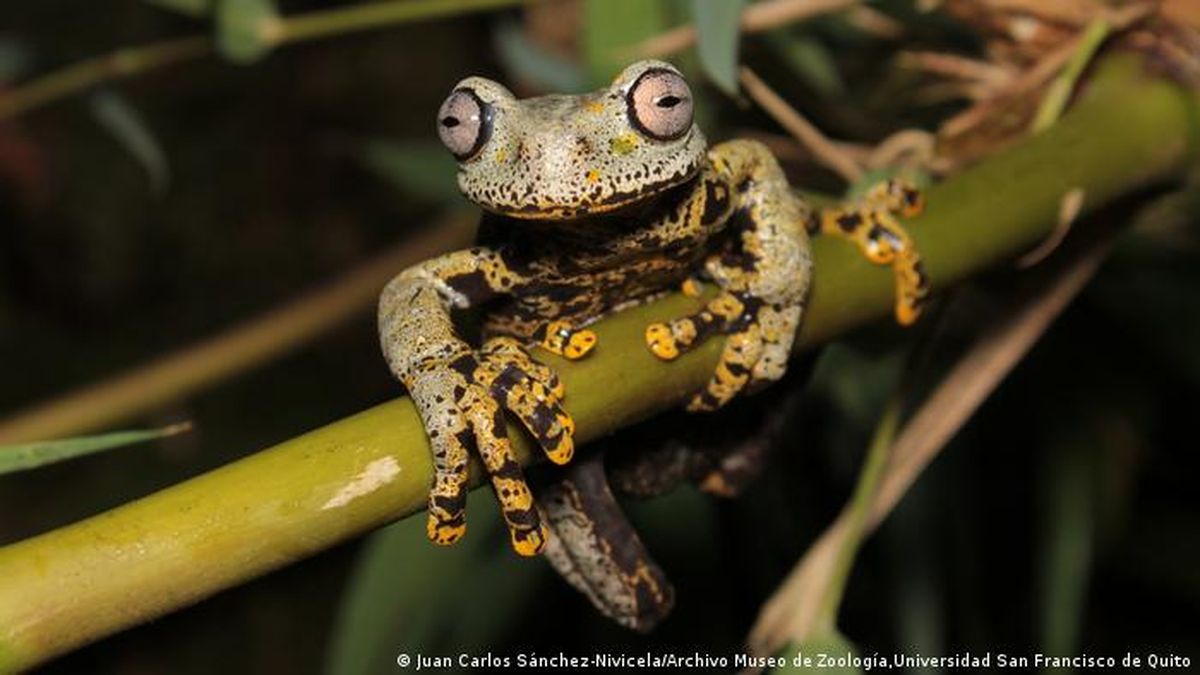 The torrent frogs They are a group of 40 species of amphibians that inhabits the high Andes of Venezuela, Colombia, Ecuador and Peru and Bolivia.

Its common name of torrent frogs It is because his life is linked to rivers and streams of pure water in mountainous areas of the Andes. The adults of these frogs live in the riparian vegetation and their tadpoles develop among the rocks of the rapid waters of the rivers.

The researchers, Juan Sánchez-Nivicela (Associated with Inabio), José Falcón-Reibán and Diego Cisneros-Herediathey named the new frog Hyloscirtus tolkieni, named after one of their favorite writers: J.R.R. Tolkiencreator of Middle-earth and author of works such as The Hobbit and The Lord of the Rings.

“The amazing colors of this new species of frog evoke the magnificent creatures that seem to exist only in the fantasy worlds of Tolkien”, Inabio pointed out in his letter.

“For weeks we were exploring different areas of the Río Negro-Sopladora National Park, walking from páramo grasslands at 3,100 meters elevation to forests at 1,000 meters,” he said. Sanchez Nivicelaassociate researcher of the Museum of Zoology of the San Francisco de Quito University (USFQ), of Inabio, co-author of the study and of the National University of Colombia.

According to the EFE Agency, the Rana de Torrente de Río Negro is easily differentiated from all other congeners by its large body size (65 millimeters), by its wide dermal stripes on the fingers and toes; a greyish-green back with yellow spots and black specks; throat, belly, flanks and undersides of legs golden yellow with large black spots and dots. Also, by the fingers and toes with bars and black spots; and a pale pink iris with black.