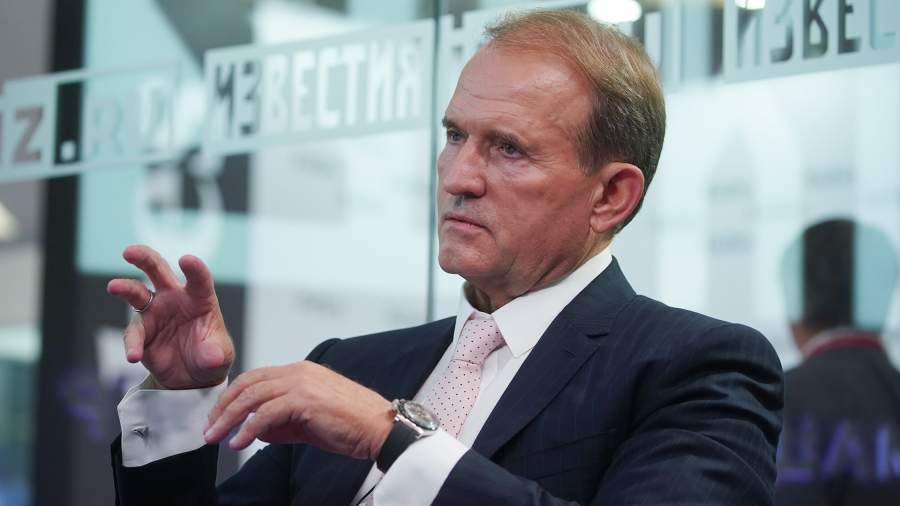 The head of the political council of the Opposition Platform – For Life (OCPL) party, deputy of the Verkhovna Rada of Ukraine, Viktor Medvedchuk, said on Friday, December 31, in an interview with 112.ua that the country will face a further economic decline, an energy crisis and other risks in 2022.

According to him, the economy will continue to slide down due to “unprofessional, criminal policies” and further measures that destroy small and medium-sized businesses.

“The third risk is the food sector. As in the energy sector, all these problems in Ukraine are increasing exponentially due to the situation on the world markets, ”the parliamentarian said.

According to Medvedchuk, the crisis is confirmed by the destruction of agriculture in Ukraine, attempts to buy up land, and speculative land transactions. All this will contribute to the rise in food prices. The MP believes that politics should change in Ukraine.

“We must eliminate the policy of hatred, discord, non-perception of some people by others. This is more of a social and humanitarian risk that has a direct bearing on us. Including it is connected directly or indirectly, and maybe even has the status of an independent risk, ”he said.

The head of the political council noted that labor migration is growing in the country, people are losing jobs, and even if they are employed, they do not receive the deserved pay. As a result, professional personnel leave Ukraine.

“This means that any economic processes in Ukraine cannot develop even with any terms,” Medvedchuk concluded.

Earlier, on July 1, the leader of the Batkivshchyna faction, Yulia Tymoshenko, announced the loss of 72% of Ukraine’s territories as a result of the entry into force of the law on the sale of land. Tymoshenko pointed out that the bill on the land market, which came into force on July 1, will enable banks with foreign investment to exploit agricultural land.

At the same time, the document allows you to remove the top layer of black soil from the ground, which means “to behave like vandals,” she stressed. According to her, the provisions of the law run counter to at least 22 articles of the country’s constitution, depriving farmers of the right to permanently use farmland.

In April, the Verkhovna Rada adopted a law abolishing the moratorium on the sale of agricultural land from July 1, 2021. Foreigners will not be able to buy land in Ukraine. The adoption of the document was one of the requirements of the IMF to provide Kiev with a new loan.