The debates on the production of hydrocarbons and the energy transition 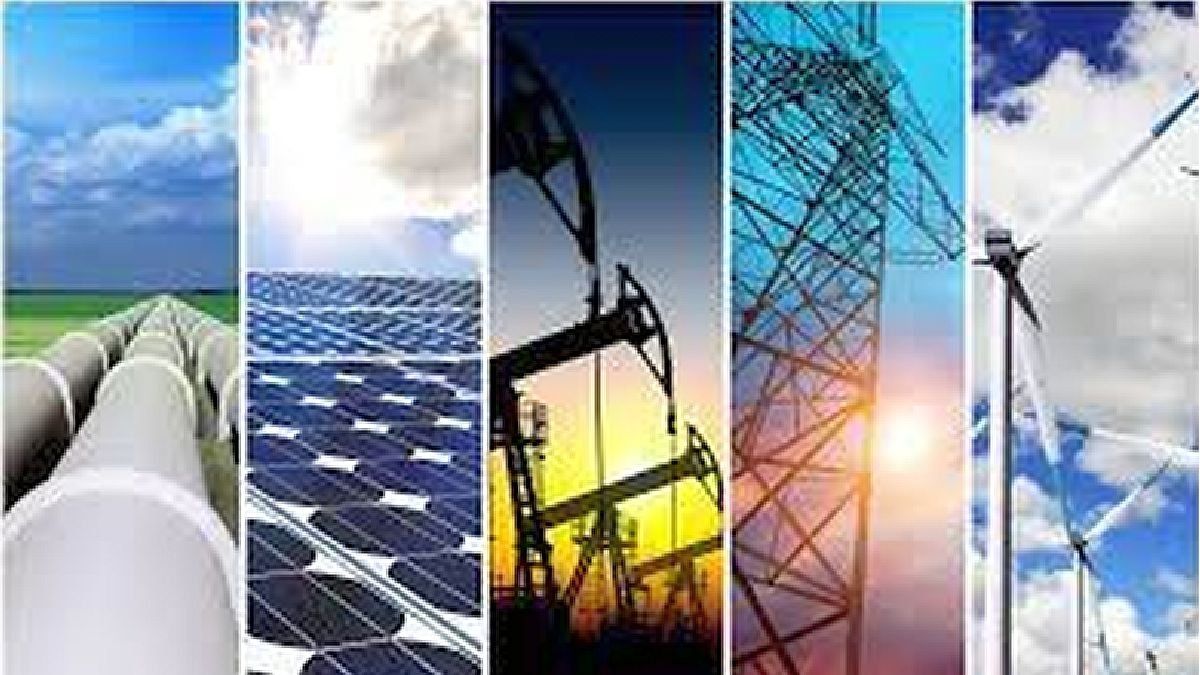 In general, there are two kinds of questions: that of environmentalism that strives to demand greater environmental safeguards from the industry, and that of denialism that directly opposes the search for and production of hydrocarbons.

Negationism entails certain doses of contradiction between what is theorized and daily practice. The Argentines of this century get up in the morning, turn on the lights, turn on the cell phone, heat up breakfast, take a bath with hot water, wear clothes and shoes with synthetic fibers, go down the elevator, and get into a car or transport public to move. In just the first hour of our day, we have already made use of electricity, gas, liquid fuels, and elements derived from petroleum in artifacts, utensils, and clothing.

It can be argued that there are primitive communities that live without these comforts and in harmony with nature. Although, if a tree is cut down to build a hut, an animal is hunted or fished for food and cooked with firewood, that primitive man will also have altered the virgin state of nature.

Fire, the basic energy, was domesticated 400 thousand years ago, when stone age man invented the primitive lighter, made up of a rod that rubs a flat piece of wood; or the percussion of two pyrite-type stones that throw sparks. Taming fire, being able to take it inside the cave or shelter, allowed it to extend its social life at night, defend itself against predators, cook food and thus transform its anatomy. Almost the same as we do. Only instead of reducing the jaws and enlarging the brain as our ancestors did; now we accumulate a few extra kilos.

That fire produced by wood, evolved first by burning coal, then animal fats and oils (pigs, whales and seals) and finally oil and gas. The sailing ship and the windmill harnessed the energy of the wind to produce movement.

This brief account from prehistory leads us to ask ourselves a question. Can you live without energy and without petroleum products? 98% of us will say: “impossible”. And perhaps 1 or 2% will dream of going to the jungle or the mountains, with a minimum of plastic: credit card and prepaid card. Because, we already saw in the reality show about living naked in the jungle, that when someone has an accident or gets really sick, they put them on the helicopter and take them to the hospital.

We are beings physiologically adapted to urban life. But we have also built a society of excessive consumption and waste; and that is the negative aspect of today’s world. Environmental thinking and action play a very important role in this; promoting more austere consumption patterns, cleaner production methods, recycling, care for the environment, and necessarily an equitable and fair distribution of wealth.

In the central countries of developed economies and economically satisfied population, it is where environmental thinking has greater diffusion. Green parties have even been formed, which are already part of some governments. Countries that have grown, many times from extracting resources from poor countries, today see with concern that the destiny of the world is one, and wealth is not a barrier against pandemics or climatic catastrophes.

On the other side of the world, those who live on two dollars a day, cook with firewood or animal dung, bathe when they can in a river, and do not use any transportation or fuel, collaborate with decarbonization without knowing it or looking for it.

In our country, according to the 2010 Census, only 51% of the inhabitants had network gas and 42% used gas in cylinders. The rest used firewood or charcoal (3.2%), piped gas (2.8%) and electricity or other forms (0.2%). If we compare with a European citizen, we can ensure that more than 40% of our population, accompanies the global decarbonization process. Of course, they cook little, they heat less, and they don’t use hot showers.

This simple example shows the contradiction between the environmental agendas proposed by the central countries and the reality of our peoples.

Energy consumption is one of the main indicators of the well-being of nations. For example: The US consumes 11,700 kWh per person, Germany 6,000 kWh, Japan 7,000 kWh. China 4,800 kWh, India 899 kWh. The Nordic countries for their cold climate top the list: Iceland 48,000 kWh and Norway 23,000 kWh. And, poor countries like Bangladesh consume 471 kWh or Cameroon 251 kWh. Argentina consumes 2700 kWh, Bolivia 760 kWh, Brazil 2500 kWh. The largest projected consumption growth is China, India and other countries in Asia. 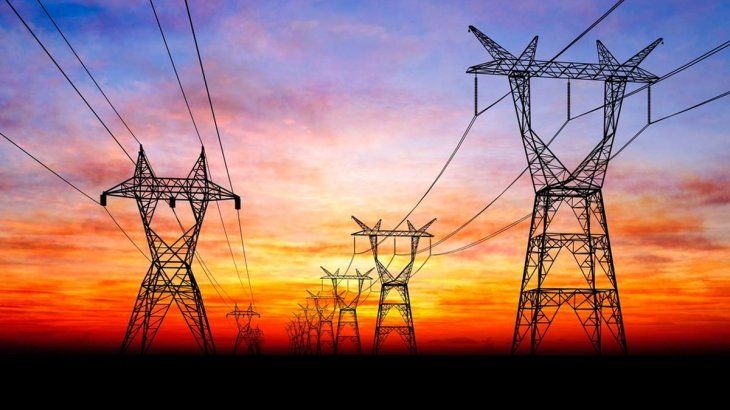 The industrial sector and large businesses plummeted their demand for electricity 7.8% year-on-year.

When we see the differences in energy consumption between countries, it is clear that some have come to comfortably cover their needs and others have expectations of growing and providing better living conditions for their people. The most emblematic case is China, which is becoming the world’s leading economic power. And neither the Chinese nor the Indians plan to give up continuing to increase energy consumption.

Another important piece of information is the World Primary Energy Matrix. We say primary because electricity is generated from different sources. head the oil 33%, Coal 27%, Gas 24%; Hydraulic 6%; Renewables 5%; Nuclear 4%. According to this scale, the first thing that should be replaced is 27% coal, which is the most polluting. 60% of Chinese electricity is generated with coal, it should be replaced by gas or fuel. Second, renewable energies, being intermittent (generated by sun or wind), are still not the most stable source.

Argentina has a primary matrix (year 2020) based on the Gas 55%; Oil 30%; Nuclear 4%; Hydro 4%; Renewables 1.5%; and Coal 1.2%. Considering that gas emits less CO2 than oil, ours is a healthier matrix than the world average. Even the incorporation of renewables in recent years led to 15% of the electricity generated being renewable.

In conclusion: the world is going to continue consuming hydrocarbons for many more years and our country has: the world’s second largest shale gas reserve in Vaca Muerta and the possibility of finding mega-oil deposits in the sea. Added to the global crisis caused by the war in Ukraine, Argentina is in optimal conditions to become a major exporter of gas and oil. 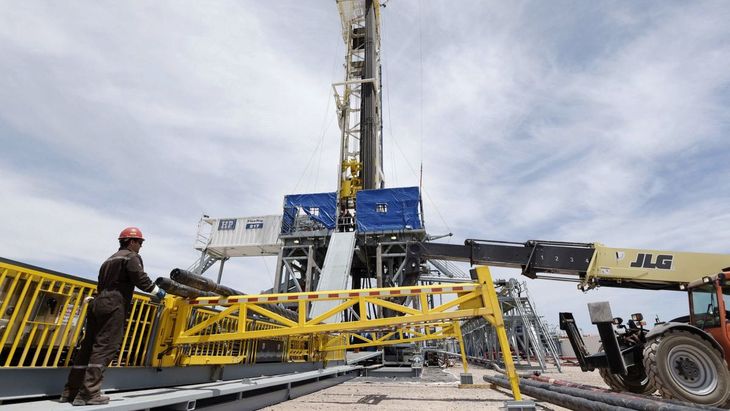 Back to denial. In 2013, when fracking began in Vaca Muerta, there were strong protests in Neuquén, however, the activity has been going on for ten years and none of the environmental catastrophes predicted by deniers occurred. The real catastrophe would have occurred this year, if we did not have the gas from Vaca Muerta, and we would have had to import LNG (liquefied natural gas) whose price went from 8 dollars per MBTU (million btu) to more than 40 dollars. Let us consider that the Gas Plan pays 3.4 dollars and with the subsidy the residential consumer pays 1.45 dollars. Without Vaca Muerta we would be in an unthinkable situation.

And let’s go back to the beginning, about the contradictions of denialism. All Argentines, including these sectors, are not willing to give up light at night, or hot water in the shower, or baked pizza, or the subway to go to work. And many millions of compatriots aspire to have the same living conditions as in large urban centers. We consume 2700 kWh per year, but we aspire to have more industries, more transport and a better quality of life, therefore, we will continue to need more gas, more oil, and also more resources (which we do not have) to invest in renewables and meet with our contribution to the energy transition.

Advisor to the Secretary of Energy of the Nation.