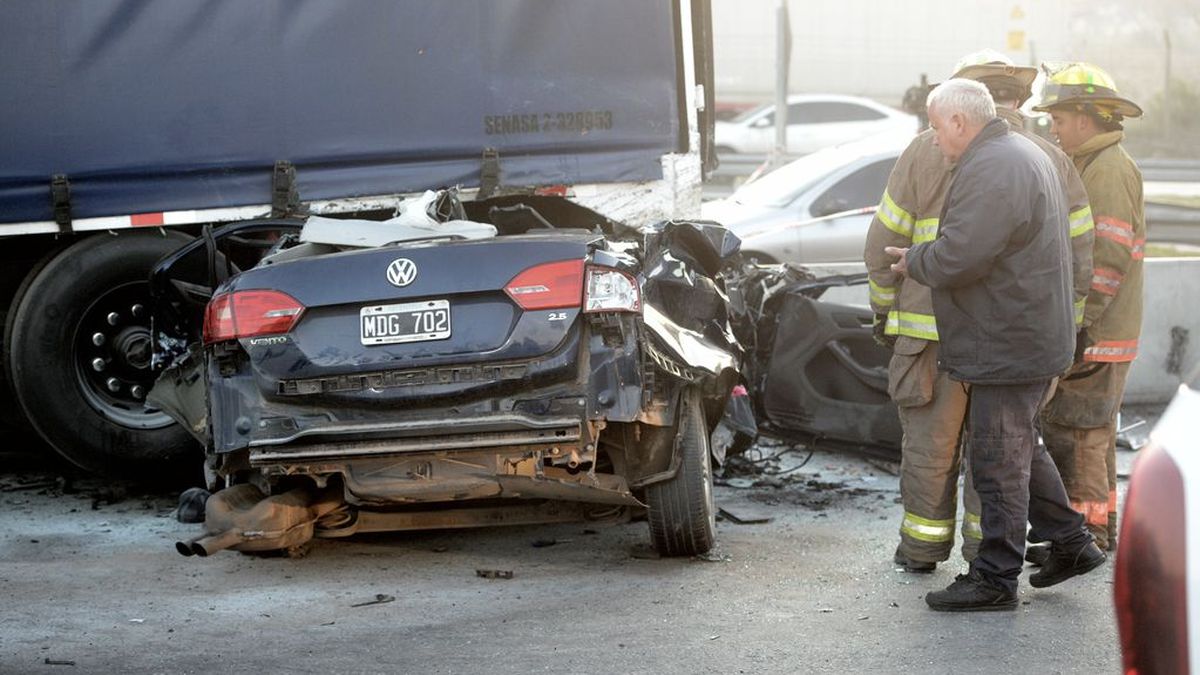 Likewise, more than 120,000 are seriously injured, with incurable and disabling sequelae. The problem of road accidents in our country has been dragging on for more than 20 years, and we have never found a solution. Moreover, the statistics in our country before the Covid pandemic showed a chilling figure of more than 7,000 people killed per year, lowering the number of fatalities as a result of the pandemic, but not as a result of a solution to the problem posed.

We Argentines exacerbate this epidemic of accidents since we have a prototype of “aggressive drivers” that transfer their controversial personality directly to the steering wheel of their car. For some people, the vehicle becomes a repository for their frustrations at work, in the family, in their social relationships, or in their affective life, and becomes an instrument through which to exercise power, dominance over the others. There are also psychopathic personalities, who do not feel guilty for their actions. And bipolar disorders that, in the period of mania, not only “they speed up”but also accelerate while driving and act impulsively.

There is no doubt that the current situation of social and economic crisis that affects all sectors of Argentine society further strengthens the “aggressive drivers”. People are in a state of stress and nervousness that is transferred to the wheel, we are immersed in a thermal sensation of “serious emotional disturbance”. As the popular saying goes, “for sample a button is enough” and the best example of disorder and lack of respect for others in road matters are our sadly famous calls “pickets” that daily prevent normal circulation in the City of Buenos Aires, and on numerous Argentine routes. Unfortunately, the episodes of extreme physical and psychological violence during the “pickets” They are common currency, and they have cost us several lives of innocent people and countless wounded, since the citizens who have wanted to cross the picket lines challenging the picket protesters, on painful occasions have paid for them with their lives, or with their physical integrity.

Drivers’ recognition of their direct aggressiveness while driving is significant. The majority, 53%, acknowledge that he insults and gesticulates when another driver annoys him with his maneuvers, and 42% return the verbal / gestural aggressions he receives. 53% acknowledge that they honk at the driver who bothers them on the road. The recognized result derives from the fact that 9% of men have gotten involved in a hand-to-hand fight as a result of a traffic problem.

However, the aggressive driver who puts the life of others at risk and puts an end to it, runs minimal risks of having to serve a brief prison sentence protected by benevolent and flexible legislation, and by overly permissive judges who follow the legal line.

In Argentina we have had many resounding cases of traffic events, in which the repercussion has been both nationally and internationally. It becomes very interesting and fundamental to study and analyze these legal cases, to understand the social, legal and judicial situation that exists in our country. The cases Kevin SedanoHairPapadopulosamong others, have left a deep mark on our collective consciousness.

In order to get involved in the problem raised, it is important to highlight the lack of awareness that we Argentines have when driving, or walking across a street, etc. Why don’t we become aware of the seriousness of this unfortunate situation?

For my part, I think we should analyze whether the average Argentine denies the problem by saying: “I have been driving since I was 18 years old”, “never crashed in 20 years of driving”, and when he sees a crash on television he simply states: “This is not going to happen to me”among other things, excluding themselves from the hypothetical possibility of suffering a road event.

Argentina has one of the highest rates of mortality caused by traffic accidents. transit. Comparative statistics between Argentina and the developed countries of Europe, and also with the United States, clearly show us a distance, on average, of 10 to 1 between our road accident rates and those of these so-called first world countries. In other words, we suffer 10 times more traffic accidents than they do.

Road accidents are one of the main public health problems, the years of life lost as a result of these accidents rival what happens with the main modern epidemics or cardiovascular diseases and cancer.

Traffic: Why do many Argentines drive so badly?

Our transgressive idiosyncrasy makes us both murderers at the wheel disrespectful of traffic regulations, as well as irresponsible people who observe life with the indifference of those who “only look through sunglasses.”

In my opinion we are not clumsy drivers, the problem is not due to deficiencies in driving, or lack of reflexes, I think the problem is not that we Argentines drive poorly due to lack of skill, I understand that solutions should be studied and proposed to the chaos that we live in our streets on a daily basis, some of which could be: