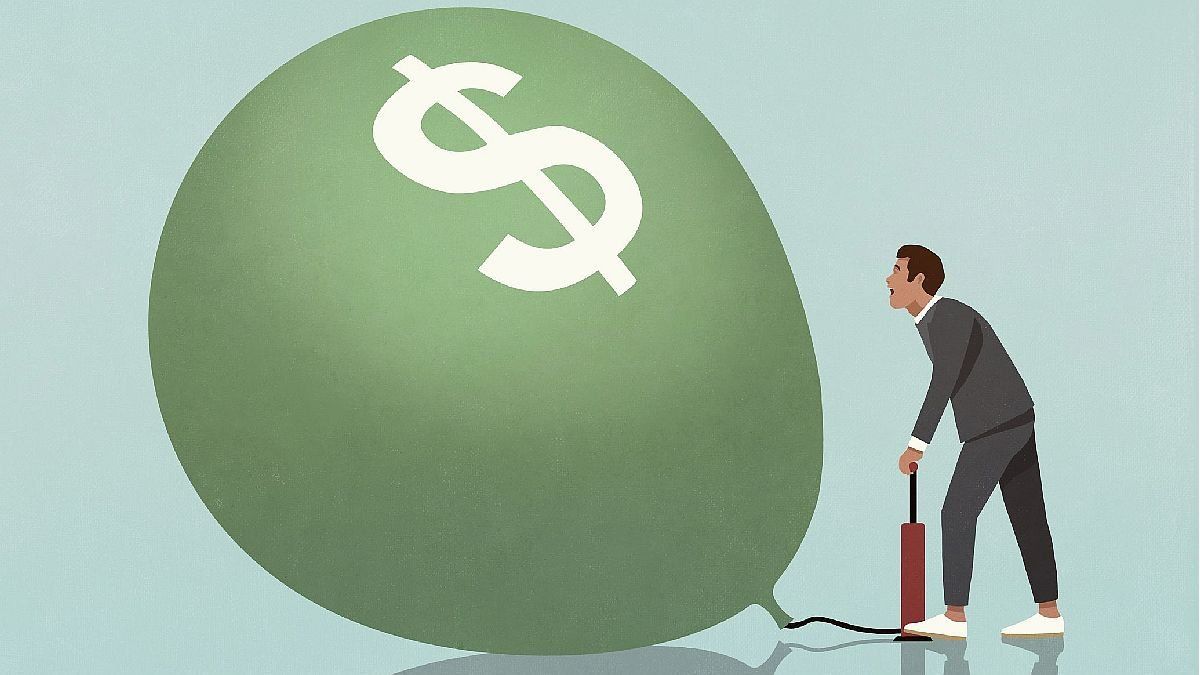 How is inflation coming?

According to the Market Expectation Survey (REM), the average of the analysts who report their forecasts to the Central Bank, an annual inflation of 90.2% would be expected for December 2022, while an inflation of 83% is expected in 12 months. 7% per year.

In both cases the inflation rate is higher than the interest rate and the devaluation rate.

What does that mean?

With a negative interest rate compared to inflation, what we have ahead of us is less savings in pesos, more purchase of dollar bills and more indebtedness in companies to buy assets. The result is more inflation and an exchange rate gap.

How do you interpret that the devaluation is lower than the rate of inflation?

That implies that we are going to be less competitive, since our products will be more expensive in dollars. This takes us out of the international market. However, this type of policy makes the products we import very attractive. An exchange rate that rises less than inflation causes exports to decline and imports to rise.

Just what we shouldn’t do?

Well, the government seems to be excited about this type of policy that delays the exchange rate.

The national government has to import ships with gas until September 30, these ships are paid in dollars. If the peso devalues, it will have to go out and find more pesos to pay for the ships. Since he doesn’t want to shoot himself in the foot, what he does is delay the exchange rate, so he needs fewer pesos to get the dollars to pay for gas imports.

How is the wholesale exchange rate?

In 7 days of the month of August it increased 1.3%, if you project it to 31 days of August this is marking an increase of 5.6% in the month and gives an annualized rate of 66%. They are all projections.

Are we still rising below expected inflation?

Correct, if they continue down this path they do not generate incentives to liquidate exports, especially when the gap with the MEP dollar, which is worth $280.4, is 111%.

What changes in the perspectives of the analysts the relationship between the dollar and the 12-month rate?

Looking ahead to the next 12 months, the average market analyst believes that the wholesale dollar will rise more than the interest rate, but less than inflation. This would continue to aggravate the problem, since economic agents would prefer to borrow to liquidate the stock in the future.

What do you want to tell me with all this?

As long as the interest rate is negative against inflation, the business goes through accumulating stock and postponing sales, if for that I need to take a loan at a rate of 60% per year, when future inflation is seen in a range between 90% and 100 % per year, inflation will never subside.

Nor is it going to liquidate the field

What sense does it make to sell soybeans, corn or wheat, when we all know that in the future, either due to market prices or a rise in the exchange rate, we will sell the most expensive current stock and finance ourselves at such a low rate.

On Thursday, August 11, the inflation for the month of July will be known, which would be around 8% according to the average of the analysts consulted. However, the Market Expectations Survey expects 7.5% inflation for July, 6% for August and 5.5% for the month of September. For October 5.3%, November 5% and December 5.1%. Once inflation is known, the Central Bank board will meet to define a rise in the interest rate, if you want the stock to be liquidated and the alternative dollars to fall, you have to raise the fixed-term rate from 61% to 80% per year . This would give you an effective rate of 116.9% per year.

We estimate inflation for the second half of the year to be between 38% and 42%.

With that rate we all die?

With that rate nobody takes out a credit to retain inventory. What’s more, many are going to sell the alternative dollars to settle for a fixed term in pesos.

I do not dislike it

You saw how doing accounts changes the way of thinking. Now I’m going to tell you what’s going to happen.

The Central Bank is going to increase the rate to 66% per year, that gives you an effective rate of 90.1% per year, which is neither chicha nor lemonade. If you sell the MEP dollar at $280.4 and look at it for one year, placing it at a fixed term, you come out with a price of $533. This price is not as attractive as the one of $608.20, raising the rate to 80% per year.

More of the same

The Minister of Economy is not so free to make changes.

How do you see the field?

In agriculture, there is a marketable stock and another available. For example, in wheat and corn the marketable and available stock is the same, nobody saves on these products.

In this case, the available and marketable stock is very different, the farmer will spend this campaign with a large stock of soybeans saved. The weather, which is an uncontrollable variable, is more favorable to a drought scenario, with which there are more chances that soybean prices will rise. Wheat and corn are sold to finance the structure of the business, and some soybeans, the rest is saved against the possibility of a strong loss derived from lower future yields in a climate that could be hostile. In short, few soybeans will be sold, no matter how much the government continues to offer the soybean dollar or whatever martingale it wants. Soybeans are not sold in order to survive a drought, they are not packaged for other purposes.

What happens to livestock?

For 5 months the steer, young bull, heifer and cow are worth the same. The lack of rain means that there is no grass, the supply of merchandise increases and consumption continues to be delayed. The prices will not be the best. Important losses for the sector, we do not see the news highlighting this problem, if meat rises 10% they say that the ranchers are coup plotters.

How is the general consumption for the second semester?

We have high inflation, we estimate for the second semester an inflation that would be between 38% and 42%, this would imply a strong loss of the purchasing power of money. There is no money for large purchases, this includes properties, cars or trips abroad. The population aspires to card purchases in many installments, also to accumulate life (going out to eat, a trip for a long weekend, a good night out, etc.). We do not see a scenario in which the population increases its savings levels, rather we will have dissavings and lower expenses. Do not forget that in the second semester the rates will rise, and that implies less surplus to spend on other consumption.

What do you see in the long-term dollar?

According to the multilateral real exchange rate index, the dollar as of July 31 stands at $131.27, the long-term dollar measured from January 1997 to July 31, 2022 gives us an average value of $164.25. This implies that the wholesale dollar is 20% lower than its historical average. We have exchange delay.